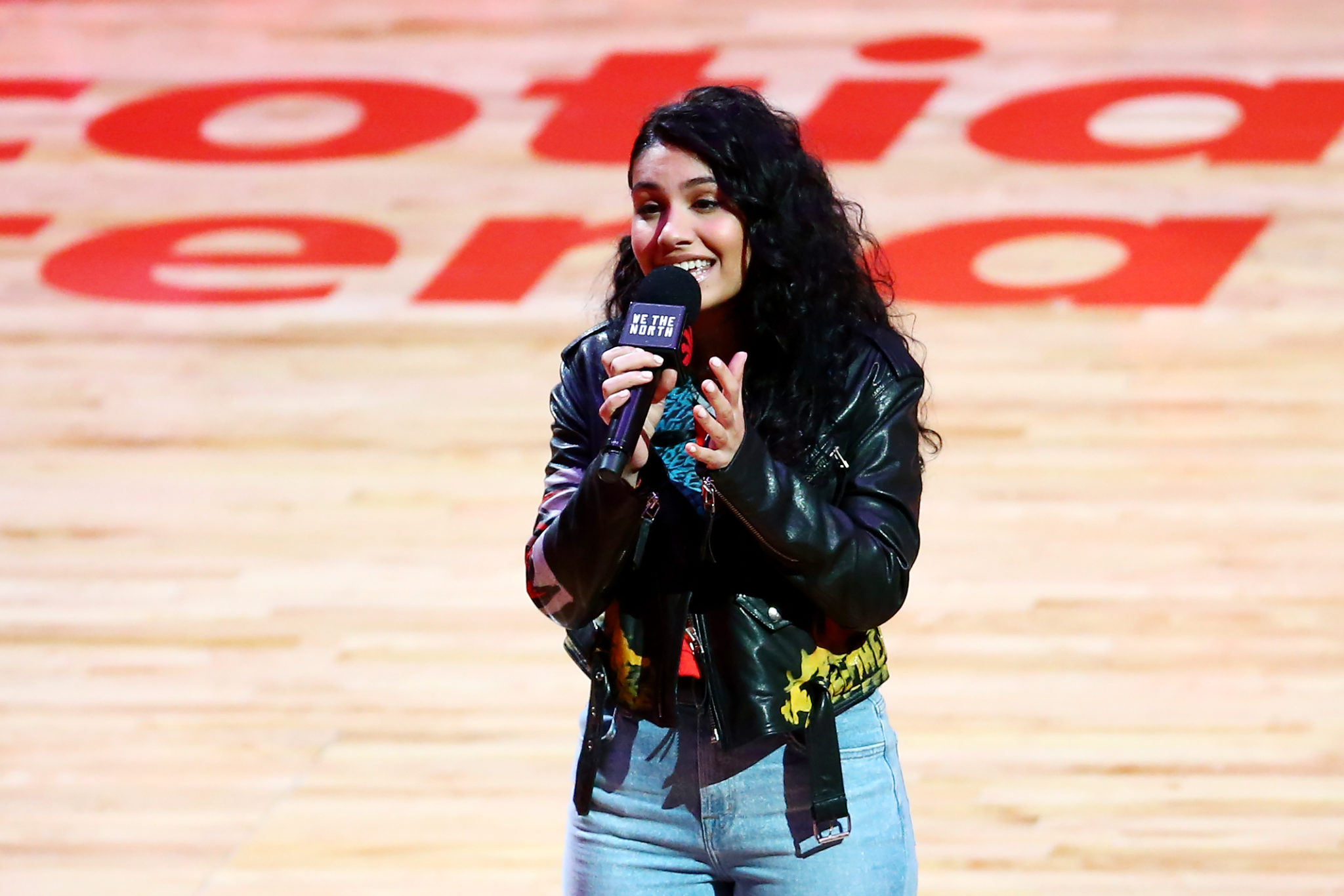 Time to bellow some end-season, top of mind thoughts:

Mike Breen keeps elevating his game.  I’m happy to make the argument that of all the network play-by-play television voices since the mid-60s, he brings the most substance to the broadcast table.

Substance isn’t about spitting out stats or infusing superficial player profiles. It’s about having a depth of understanding of the game’s strategy and it’s about being able to succinctly break down players’ strengths and weaknesses; e.g. “He’s the best off the ball defender in the league.” In this sense, Breen is so much more than a programmed and scripted play-by-play announcer, the likes of whom we hear all season. I can’t think of any of the network fellows, past or present, who can come close  to matching Mike’s underlying knowledge of the NBA game .

Mike’s at his fingertips expertise of the NBA Rulebook  came in handy in game #6.  When the Warriors took an excessive time-out, he immediately detailed the penalty of the violation.

He also thinks like an analyst. In game six again, Toronto had a late option to inbound in either the front or backcourt. Thinking ahead, Mike set it up for colleagues Mark Jackson and Jeff Van Gundy who then offered their opinions. Some of his predecessors might have had more vocal swagger. Yet I can assure you that history will give Mike Phi Beta Kappa grades.

Kevin Harlan’s enthusiasm is infectious. Kevin is blessed with a voice that can shatter glass and stir the unmotivated. He’s an NBA version of the NHL’s late Dan Kelly. If you can’t be pumped watching a game with Kevin, you probably wouldn’t yell fire if your pants were burning.  Even though the production brainiacs amp up the crowd mike like the place was Studio 54 in the disco era, they’ll never silence Kevin. Thank God.

Brian Anderson is the perfectly contained network announcer. A pleasant listen, a comfortable pair of shoes. He can do any sport and he’ll grow. Anderson can do baseball, football, golf and basketball. Not many do all of them well. Brian has many good and fruitful years ahead of him.

Doris Burke More smoke comes out of my ears when I listen to her than comes out of Erin Burnett’s when she rants about Donald Trump. For her often visible role on center stage, there ain’t a whole lot Doris adds. My measure of non-play-by-play commentators is what did I learn? And in Doris’ case, it’s not much. So be it!

The Inside the NBA quartet is wonderful.  The foursome makes me laugh on most nights. That’s it. Before I go to bed, I want to feel good. It’s why I loved Johnny Carson and Jay Leno. The TNT set doesn’t take itself seriously and I don’t take them seriously.

Tim Legler. Now here’s a fellow who’s a student of the game and when he’s on with Scott Van Pelt, I’m engaged. The ESPN production honchos should give him a seat near a play-by-play announcer. End of story.

The tabloids and gossipers predict the end of the yucking heads anchored by Michelle Beadle. The Cassandras project that only Jalen Rose will survive the purge. ESPN builds NBA shows and demolishes them repeatedly. Why? Just another iteration? The ratings are neck and neck with Inside the NBA. So why do it? It isn’t costing ESPN any hard dollars. Let’s move on please. Next.

Play the national anthem with words for crying out loud

I watched how the Canadian fans didn’t miss a word in game two. The pride in Toronto was tear provoking. As an American, I was jealous. Alessia Cara was fantastic. She engaged thousands who all joined in joyfully, word for word. It was touching.

And please, here in our great nation, make sure that the anthem is performed with lyrics. Not like those iconoclastic nonconformists in Oakland who played a metal instrumental version. No lyrics? What’s the purpose? The whole exercise is to appreciate the flag, honor those who served and those who sacrificed their lives on behalf of the U. S. It’s not to hear metal music without the golden words written by Francis Scott Key some 200 years ago. The melody was composed by an Englishman named John Stafford Smith.

In earlier days, there were colorful fellows who presided over the public address system without screaming. The late Dave Zinkoff in Philadelphia was a joy. There was John Condon who made you feel at home each time you were at a Knicks game. Lawrence Tanter in Los Angeles with the Lakers is still fantastic without yelping. Then there are the drill sergeant cheerleaders like Mike Biamante treating fans like robots in South Florida. “Now, get up and cheer for your Miami Heat!”  Is that an order? Is American Airlines Arena a police state?  Those screeching arena voices who empty their lungs are often overbearing.

He’s one of these guys who’ll do anything well. Dave’s also shown touches of a personality when teaming with Bill Walton. The transition from college to the NBA isn’t as seamless as you might think. It’s not easy to jump from one game to the next. The man needs more in-season broadcasts before broadcasting playoff games for ESPN.

I gulp before I say this but fewer and fewer people listen to radio play-by-play. It’s tough for me to admit it because I was  reared on radio and appreciate the art form. But it is dying a painful death of a thousand cuts. It now serves a tiny constituency. Those with no video options represent a microscopic number. And that number will turn into some small point zero zero fraction when driverless cars are introduced. At that point, fans will be watching games in their cars. Kids will read about Marty Glickman in the same corresponding chapter as Paul Revere and the colonists. You’ll tell your grandkids that unlike Revere, Marty didn’t wear those tricorn styled hats, popular in colonial days.

Many today don’t even know that games are on radio. I wish it wasn’t the case but unfortunately it is. And please, this isn’t a reflection on those who work games today. There are still wonderful announcers. But radio first gave way to increased television coverage, then cable, then the internet and now Smartphones.  Charlotte almost dropped radio altogether a few years ago. Hope it works out for everybody. Truly, truly do. But let’s not live in denial.

This past season, the Carolina Hurricanes of the NHL silenced Chuck Kaiton arguably the best in the league, and the club parsimoniously ran a simulcast. The LA Kings are only on the internet.

Sad but true. And there’s no grassroots protest of any sort either by fans or listeners.

Hispanic fans of the NBA are generally younger. Most all speak English. Why would they seek out a radio broadcast in Spanish? Unfortunately, the numbers prove it too. What can I tell you? Those engaged have to be prepared for the imperative of reality.

The latest punch to the tummy was ESPN Radio silencing its entire Hispanic sports network. What does that say?

While on the topic, instead of using a competent but unfamiliar play-by-player on its national radio broadcasts of the NBA Finals, how about a little local flavor? It might be a good idea to let the two teams’ lead voices split the broadcast. It’s how network television handled the World Series for decades through the mid 1970s.

The producers finally got the message and lowered the crowd volume. Toward the end of the Milwaukee-Toronto series, we were finally able to hear Marv Albert, Chris Webber and Reggie Miller. But how about the lady who talks as fast as the guy in the old FedEx commercial, the mile-a-minute Kristen Ledlow? As the late Red Sox announcer Ned Martin would say. Mercy! I hope she slows down a bit next year. Her reports are also way too long. Play is going on and she garrulously continues. Let the game breathe. Please.

The Refs: Take the muzzle off.

Get them wired. Please. No more private whispers between Reggie Miller and Mike Callahan. The avant-garde NBA should do what the NFL does. Give the refs a voice and let them elaborate on replay determinations so that there’s less ambiguity and more clarity.

Enjoy the off-season, NBA fans. Is there an off-season? The draft, summer leagues, trades, the salary cap, firings and hirings!

Stand by for rant in 3, 2, 1 …. When I was growing up, John Ramsey was the PA voice of Los Angeles. He was everywhere. He had a deep voice, and simply told you what you needed to know. Then if you watched or listened to a game at Yankee Stadium, you listened to Bob (bob) Sheppard (sheppard), the PA man … Bob Sheppard. I do not need a PA announcer, any more than I need a play-by-play announcer or a scoreboard, to tell me how to feel and what to do. I know that in some areas, announcers… Read more »