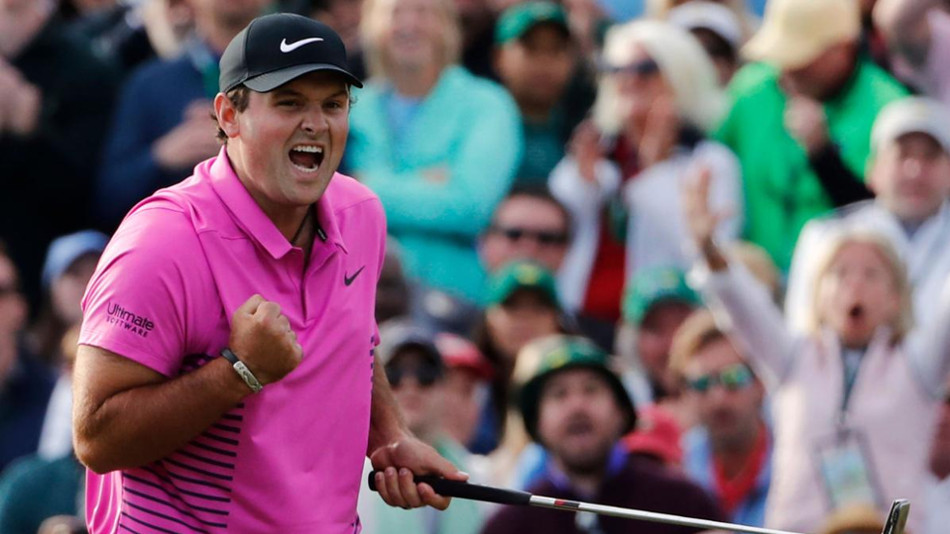 A tradition unlike any other.  Indeed! And television brought us the thrill and depth of the storylines.

Think about it this way.  You had 40 somethings Tiger Woods and Phil Mickelson primed to make another run and the world’s best youngsters in Justin Thomas, Jordan Spieth, Ricky Fowler and Rory McIlroy. And yes, let’s not forget the world’s #1, Dustin Johnson.

For golfaholics, the Masters really kicked off Sunday with Golf Channel’s coverage of the annual Drive, Chip and Putt, featuring youngsters, 7-15.  Two well done heart-warming GC stories caught my attention; one on the self-driven Ganne sisters, Sirina and Medha, and the other highlighting Landon Kelly who overcame serious medical challenges to make it to Augusta.

For the golf nut, Golf Channel’s “Live From” series from the majors each night is must see TV.  It’s about as thorough as it comes, including the breaking story that Mickelson and Woods played a practice round together. The news sent shockwaves around the golf world. The two haven’t been great buddies through the years.  Brandel Chamblee’s presence has made “Live From” appointment viewing.  When Tiger faced adversity, Chamblee was consistently tough on him.  Now that Woods has seemingly turned the corner, Chamblee changed his tune, convincing the golf world that Tiger is ready to win again.  Chamblee didn’t disappoint this week, playing ying to Frank Nobilo’s yang. David Duval who is now part of the set has become less reluctant to make pointed comments.  GC’s  Notah Begay, Tiger Woods former teammate at Stanford, was less guarded, sharing more insights about Tiger than he has in the past.

ESPN did an outstanding job covering the Par 3 contest.  Although Tom Watson won it and later underscored for viewers how important it was to him personally, the Nicklaus family stole the show when Jack, was outdone by his 15 year old grandson GT, who aced the 9  hole.  ESPN’s reaction shots of Nicklaus, Watson and fellow playing partner Gary Player were priceless.  Clearly one of the highlights of Masters week was Nicklaus’ comment that the emotional moment beat any of his 6 green jackets.

Thumbs up to Davis Love III for providing keen insight on Woods. Love can be somewhat reverential to Woods at times but overall a solid grade from me on a challenging assignment. Davis shared candid comments on where Woods’ game currently sits.

Rightly so, ESPN featured lots of Mickelson and Spieth in its coverage. I would have liked more angles on some past champions like Vijay Singh and Bernard Langer as both had solid starts.  Typical coverage of Fred Couples, who played well but dominates the Thursday/Friday window as he is one of the more popular older champions.

CBS’s coverage was typical Masters outstanding over the weekend but I could feel a letdown when Woods and Mickelson were no longer in the chase.  CBS showed as much of Woods when he concluded his Sunday round but it was under the label of what the leaders faced later in the day. It’s a bit much but we are talking Tiger Woods.

Jim Nantz was his usual sappy and drama-filled self on Masters’ Sunday with Nick Faldo in the lead analyst chair.  They formed a solid partnership but I felt that Faldo was really leaning heavily on Rory McIlroy and not giving eventual winner Patrick Reed his due.  Faldo’s a little goofy and long in the tooth but his exquisite knowledge of the greens at Augusta usually are spot on. Spieth’s extraordinary round pumped life into the broadcast as McIlroy faltered. Yet having Ricky Fowler birdie 4 of his last 7 didn’t hurt.

When Fowler birdied 18 to pull within 1 and Reed was behind him in the last group, the broadcast went into a tizzy. No one calls a late birdie at Augusta’s famed 18th quite like Nantz.  He knows how to capture the moment and let the viewer feel the emotion of the roar as he did with Fowler.  Good camera work on Spieth’s parents after he missed his par putt on 18.  Prior to that, Nantz noted Spieth’s gremlins at Augusta essentially popping up again after his tee shot on 18 caught a branch and only went 177 yards.

I miss the David Feherty department; Dottie Pepper has been with this crew a couple years now.  She’s ok but the moment can get too big and it showed again on Saturday and Sunday at the par 5 13th.  Peppers didn’t provide much information to the viewer on club selection or strategy, whether to go or lay up as she should have.  Instead she kept referring to Bobby Jones talking about the magnitude of the 2nd shot at the critical par 5, which essentially is a glorified par 4 for the tour pros.  I would have liked to see more opinion about Augusta’s leadership considering lengthening the pivotal hold.

In addition, Peppers was asked by Nantz about the decision Augusta National made concerning the first Women’s Augusta Amateur scheduled for 2019. The Final Round is set for The National, the Saturday prior to Masters week.  Peppers was of course jovial and treated it with fanfare but really, a women’s amateur?  Nantz and Peppers both could have been bolder and asked why the LPGA pros aren’t getting a shot at Augusta?  It’d be much more riveting to see Lexi Thompson and Michelle Wie work their way around Amen Corner rather than an unknown amateur.

One commentator who stood out was CBS’ Ian Baker-Finch.  Very candid and thoughtful in his delivery.  Seems to have a way to deliver before the big shot.  He was very early with his call on McIlroy not being in top form Sunday.  Sometimes former players have a difficult time with on-course commentary.  Baker-Finch gets it.

Verne Lundquist was his grandfatherly self at 6 & 16.  It’s not the Masters without Verne but somehow this year it felt different.  He was good,  but didn’t seem to get as much airtime.  It’s as if Faldo was calling a ton of the action remotely and over the guys in their respective towers.

The Butler Cabin Green jacket ceremony is where Nantz is at his best, sharing the spotlight with new Augusta chairman Fred Ridley.  Nantz makes everyone feel comfortable but let’s be honest, there is some hokeyness with the Q&A.

Shout out to the folks at SiriusXM for their crew’s work on Masters pregame and postgame programming.  Host Taylor Zarzour and former tour pros Mark Lye and Carl Paulson provide listeners intuition and depth.

For golf viewers it’s a win and then some.  Great final round drama and limited commercial interruption.  CBS makes it come to life with the special appeal of the stunningly visual Augusta National.