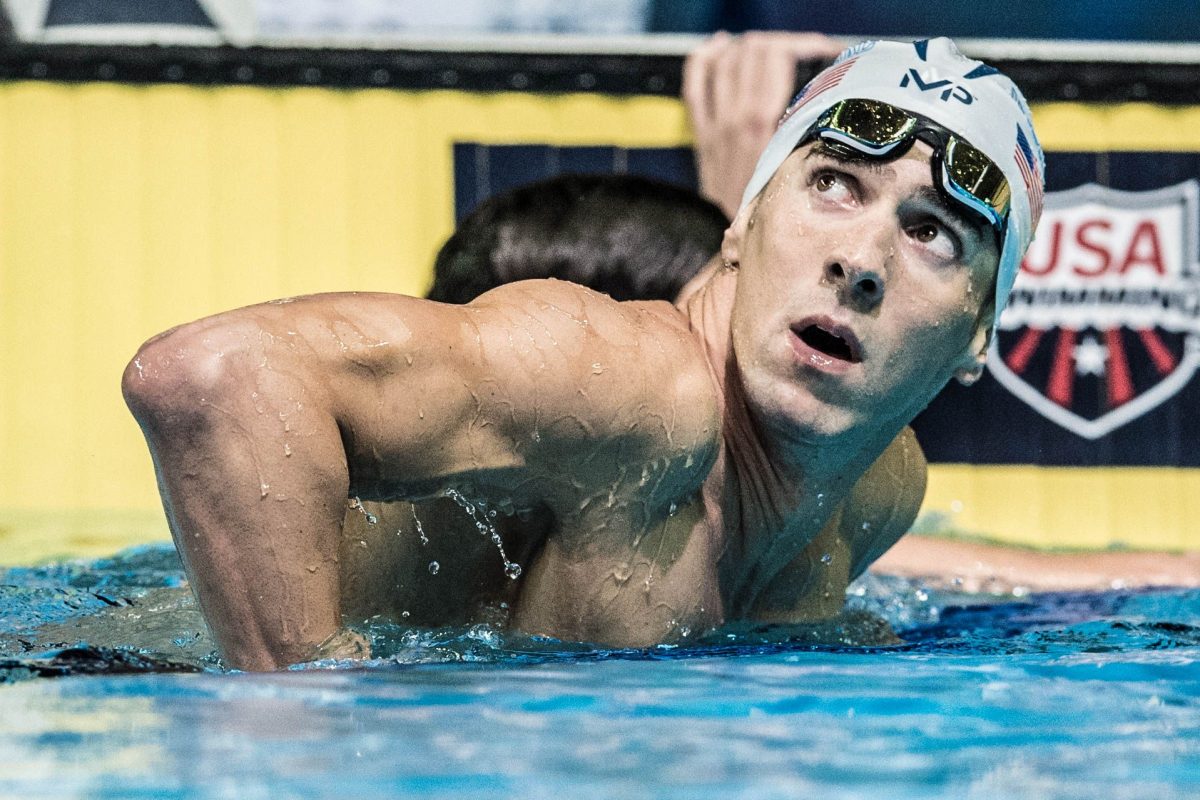 Michael Phelps won five Gold Medals at the 2016 Olympic Games. He retired at age 31 with 23 golds, three silvers and two bronze models. Phelps is the most decorated Olympian of all-time

Nobody saw the boycott of the 1980 Summer Olympic Games coming. When former President Jimmy Carter announced that the United States would be pulling out of the Moscow Games because the Soviet Union invaded Afghanistan, athletes faced a harsh reality. Shots at gold, silver and bronze hardware would have to wait four years. All that prep for naught! Not easy for American competitors or those representing the 65 countries that boycotted Moscow 40 years ago.

The disappointment didn’t temper his ambition. Unable to make his Olympic debut in 1980, Gaines persevered and qualified for the 1984 Games in Los Angeles. There, he won the gold in the 100 meter freestyle and two gold medals for relays, swimming the anchor legs for the U.S. team in the 4×100-meter freestyle relay and the 4×100-meter medley relay.

The glittering performance made Gaines a household name in swimming and there was no doubt that he would return to the Olympics for another victorious sweep. However, Gaines’ swimming career took a sharp turn when he was temporarily paralyzed with a rare immune system disorder attacking his nerves and temporarily halting his swimming career.

The syndrome, Guillain-Barre, didn’t weaken Gaines’ love for the sport. In 1992, he was NBC’s Olympic Games’ swimming analyst. He’s also served as a commentator for ESPN’s swimming coverage. So for Gaines, it’s now 28 years and seven Olympic games. Few would disagree that Rowdy has become “The Voice” of swimming.

As an athlete, Gaines knows a thing or two about perseverance. In 1996 in his mid 30s, he regained his world-class times and qualified for the Olympic trials. But he ultimately made the decision not to compete and to remain a broadcaster. Today, Gaines travels the world sharing his own experience as an athlete with coaches, parents, and youth swimmers who can only hope that they will go on to swim like Gaines.

With the onset of COVID-19 delaying the Games to 2021, swimmers and other Olympic athletes have to adapt to the hand they’ve been dealt. They have to prepare both physically and mentally for an extra year -something all too familiar for America’s 1980 athletes like Gaines.

We had a chance to check in Rowdy who looks ahead to next year in Japan and reflects back on a glorious career in the pool and behind the microphone.

As a former swimming champion yourself (3 Golds in the ’84 Games), how do you see the yearlong delay of the 2020 Olympic Games affecting the US Swim Team? Many of these athletes have tailored their years of training to peak during July 2020. Now that the games are postponed, how will this affect not only swimmers’ physical performances, but their mental strength and preparation as well?

It will certainly affect the athletes in many ways but the key in all of this is everyone is affected the same exact way. Everyone had pointed to the summer of 2020 and now everyone will have to point to 2021, so I think by the time we get there it will be an even playing field. Physically, I think their performances will be just as good if not better, because emotions will be running high and that usually fuels fast times and great swimming.

In your almost 30 years as a broadcaster and analyst for NBC’s Olympic swimming coverage, ESPN and elsewhere, have you ever experienced any career challenges quite like those that COVID-19 brings to the table? Address your own 1980 experience when America pulled out of the Moscow Games and you were anticipating competing then.

I think I can say for all of us that we as a society have never experienced what is happened over the last three months. This is new territory for everyone. The experience I had in 1980 is similar in the fact that I certainly feel that empathy. I’ve been denied the chance to compete at the highest level. But my situation was about an athletic career at stake, and today it’s life and death that is at stake. Also, then, we were completely denied the opportunity and hopefully the athletes today will “only” have to wait one more year.

What do you think is the most important thing viewers will want to see when they watch the swimming competition next year? How are you planning on providing that for the audience?

The viewers will want to see what they have always loved about the Olympics. The athletes’ stories, their struggles, their peaks and valleys, and their love of their sport. The audience will especially love to hear what transpired in their lives over the last year.

What do you believe the USA Swimming Association can to do to generate a larger audience and attract those who may not have any swimming background to watch the events?

Swimming has always been one of the marquee sports at the Olympic games. The United States has been number one in world swimming since 1956, so that tradition of excellence is something that the American public will tune in to see if that will continue. The depth has always been amazing. And swimming has its stars. Of course, there will not be Michael Phelps, but there will be Katie Ledecky, Caeleb Dressel, Simone Manuel, Nathan Adrian, Lilly King, and so many others who will lead the charge.

Who do you attempt to cater to as a commentator, those familiar with the sport, the uninitiated or do you try to please both parties?

People that are familiar with the sport are used to me broadcasting the four years between Olympic games. My main goal is to try to talk about our sport to those who do not know anything about it. Many are tuning in to watch a swim meet for the first time, so a lot of it is educational in nature but also I like to tell the stories of these athletes and the dedication and commitment they’ve had over the years.

In your opinion, who are the top five U.S. swimmers from the end of World War II through today?

Who are best American candidates to potentially win gold medals in Japan next year, both male and female?

There are so many candidates, but the ones with the chance to win multiple medals are Katie, Caeleb, Lilly, and Simone, along with Ryan Murphy and Regan Smith

How has working with Dan Hicks helped your own game on air? What have you learned from him as a stroke-by-stroke announcer? Likewise, how have you helped Hicks, being that he never swam competitively himself?

Without a doubt, I would not be the analyst I am if it wasn’t for Dan. He has been that mentor, partner, and dear friend for the last 24 years. He has taught me so much about what it’s like to actually be a broadcaster and the “rules of the game” that are so important in the booth. He is the ultimate pro and knows so much about our sport. I think I’ve helped him in the fact he doesn’t get to cover swimming as much as I do in between Olympiads. And I’m able to bring him up to speed on the different athletes, especially the international swimmers.

Growing up in the South was there a broadcaster of any sport whom you wanted to emulate or, was broadcasting something you started thinking about after your competitive days?

Jim McKay was always an idol of mine growing up, as I remember watching him anchor so many Olympic Games especially the tragic one in 1972, when I was only 13 years old. I think along with Dan, John Naber has been another mentor of mine who’s helped me so much during my career.