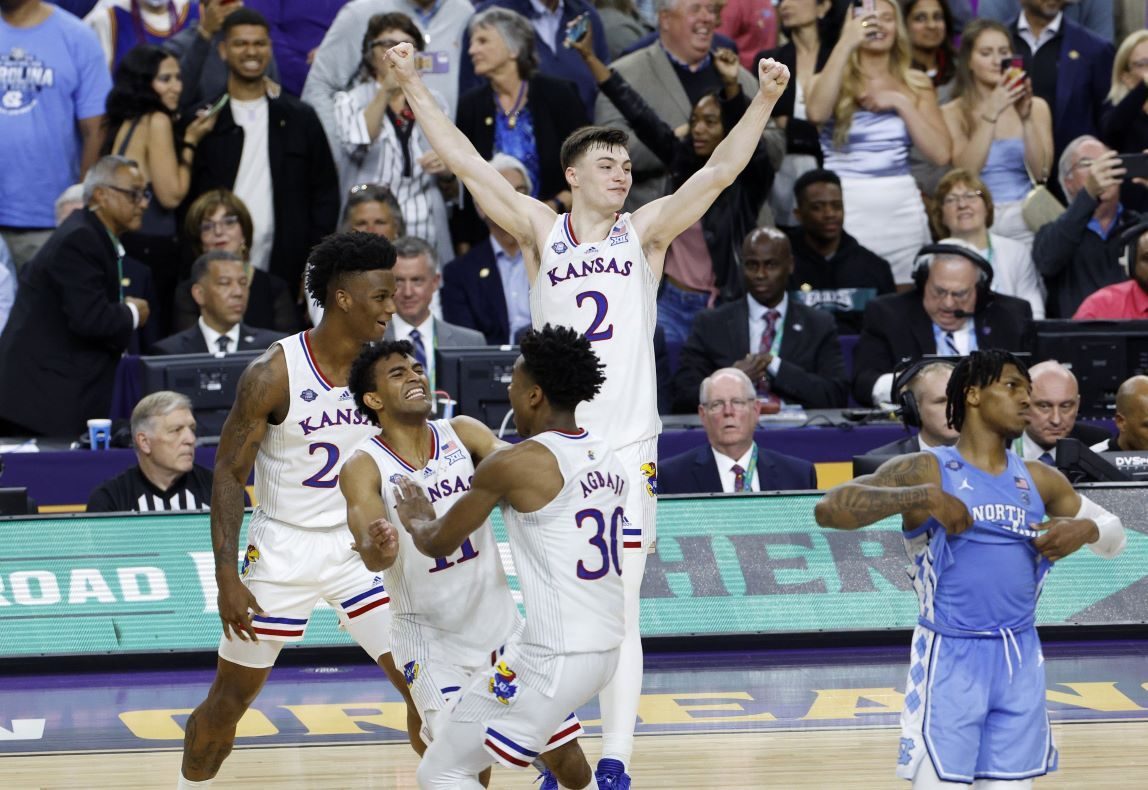 After sixty-two games of intense rivalries and eye-popping upsets, the NCAA Men’s Basketball Championship came to a heart-felt conclusion.

Two of college hoops’ most successful programs, North Carolina and Kansas faced off in what was a tale of two halves, where both teams exchanged momentum as the game progressed.  Through the ever-changing nature of the game itself, one aspect that was consistent was the quality of the broadcast, where Jim Nantz, Bill Raftery and Grant Hill put on another classic performance, intermingling game analysis with play-by-play. It requires unique qualities that many broadcast trios attempt to develop. In football it’s tried and often fails.

Their combination of basketball knowledge and history make for light-hearted conversation, well worth the watch, especially the most important matchup of the season in college basketball. With the NCAA Tournament officially in the books, let’s look back at last night’s broadcast to see what made it truly special.

Despite these teams not having faced each other all season, Brady Manek of the Tar Heels has played the Jayhawks nine times in his career in his time at Oklahoma. This was astutely noticed by Bill Raftery, who engaged Nantz on the topic. This back-and-forth demonstrated the broadcasting chemistry between Nantz and Raftery, never failing to bounce lines off each other to give fans insightful information.  Hill contributed to this synergy, adding relevant strategy that is being implemented as it was being called. The former Duke and NBA star discussed the importance of transition-offense for the Jayhawks, along with the need for David McCormick to be patient once he gets the ball in the paint.

Even with serious discussion of strategy, Hill and Raftery did not shy away from exuding their genuine reactions out, showing genuine awe in a Remy Martin bank-shot three-pointer.  Their chuckles of joy and shock was a welcome break from the usual color commentary that had been prevalent throughout the first half.  As Martin continued to heat up in the second half, Raftery comically added that there is nothing wrong with a little Remy in the evening.

Much of the analysis by Raftery and Hill over the course of the game was centered around the battle of the big men between UNC’s Armando Bacot and Kansas’ David McCormick. Each center’s ability to finish at the rim, rebound and protect the paint was deeply reviewed and extolled, detailing how each player adds so much energy to both teams, especially when it comes to offensive rebounds.  Even with Raftery’s usual fascination with interior players, there was lots of light shed on the guard play, especially Caleb Love for the Tar Heels and Ochai Agbaji for the Jayhawks.  Both players are not afraid to shoot the ball, providing lots of offensive production. Agbaji was such a bright spot in the Kansas offense all season that Raftery wanted to see him shoot the ball more and be more aggressive on the offensive end.

Jim Nantz, even with his usual even-keeled demeanor behind the microphone, oftentimes could not help but get excited for the Jayhawks, fulfilling the largest comeback in championship game history.  This did not take away from the broadcast, rather it added a layer of emotion that a game with these stakes deserve. This level of energy equally derived from the fans in attendance along with Raftery, whose trademark “Woos” during the second-half perfectly framed the feeling in the stadium. When the game ended and KU sealed a spectacular comeback, reversing a 15 point turnaround for the title, so  Nantz built to a crescendo. It was the largest comeback in championship history. A great ending to a great tournament.

Even without any buzzer beaters, CBS’ broadcast material was rich throughout this iteration and evolvement of the ’22 men’s college championship, supported by wire-to-wire competition. Each of the nine crews created its own unique atmosphere. That especially rang true as the tournament reached its climax, with Nantz, Raftery and Hill providing fans just the right of components, humor, strategy nostalgia and entertaining elements with a great balance of play-by-play and analysis that both causal and die-hard fans could appreciate.

Looking ahead, the broadcast quality from Nantz throughout this tournament has built even more anticipation for the Masters at Augusta National. Combine this with its constant golf , it surely will be a busy season for CBS and it lead play-by-play commentator., Jim Nantz.

And a nice swan song for Bob Fishman, to boot!

We tend to take Nantz for granted. He’s always getting it right.