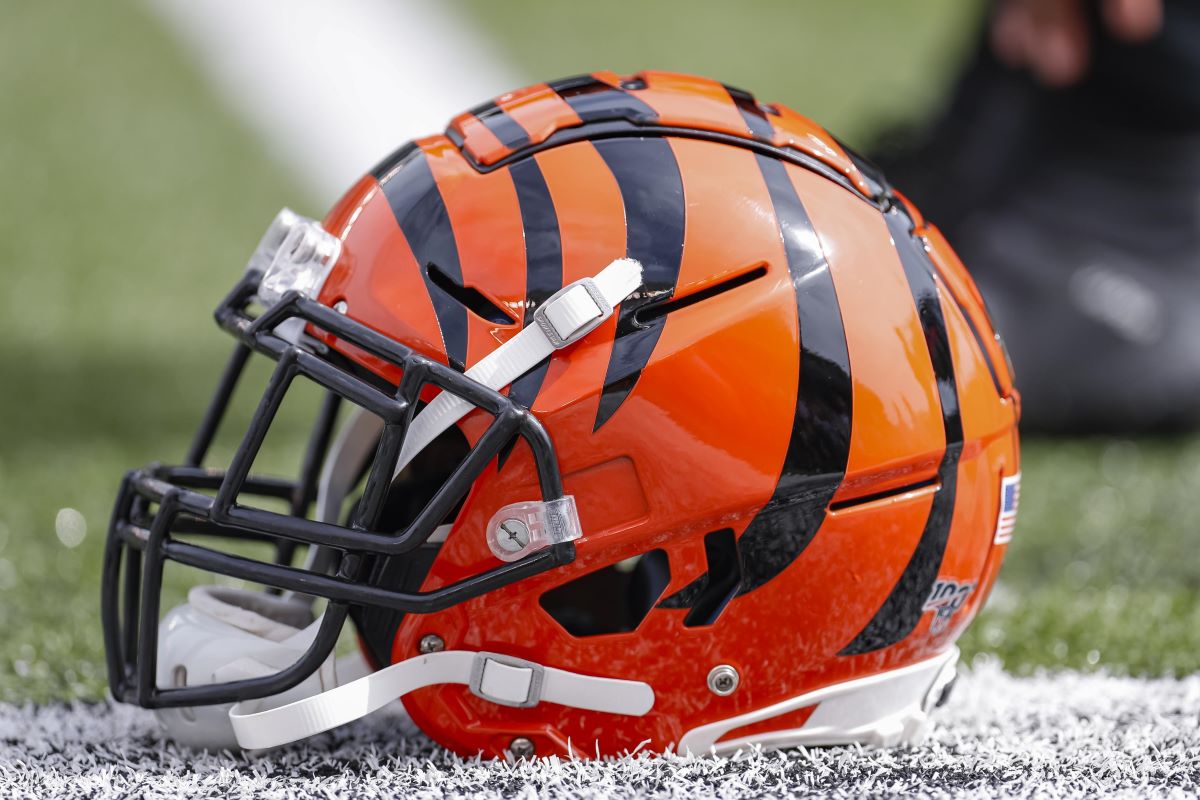 Now we know what he was doing on a rooftop for 61 days.

He was writing a book.

Dennis Wild Man Walker, the Sports Commando at Cincinnati’s WEBN-FM (102.7) reported on the big games, and the big concerts and met all the stars along the way for 27 years.

And the Sports Rocker lumped them all together in his recently released Wild Man: The Book co-written with Gerry Schultz. But for all the interviews and commentaries it was the billboard stunt that garnered him into Cincinnati folklore.

“The stunt,” he told SBJ, “was the brainchild of WEBN Program Director Tom Owens, who had gotten the idea from KRFX, The Fox, a Denver (then) sister station that had a DJ do the same thing until the Broncos won a game in 1990.”

Walker went up on the downtown Cincinnati billboard August 24, 1991 –and the deal: he wouldn’t come down until the Bengals won a game. “I wasn’t sure how it might go, but I figured it might be over after the first game or two,” he said.

The Bengals had gone 9-7 the previous season – how many games in-a-row could they lose at the start of the season?

He had a port-a-potty hauled up to the roof, which was emptied every week. But no shower. He came down for two weeks, and helped with anchoring tarps to deal with the wind up there.

“It had already rained pretty hard with lightning and hail, and also had been very hot,” he remembered. “The tarps were important, I went through every change of weather in my 61 days up there – Winter, Spring, Summer and Fall.”

By the fifth week he had his mail forwarded to the billboard. “I had bills at home and they had to be paid,” he said. “Someone donated a mailbox, done up with Bengal tiger stripes and colors. A local furniture store in town brought me up a black Barcalounger. That’s where I took my afternoon naps.”

After the Bengals dropped their seventh consecutive game, a queen-sized mattress was brought up to sleep on. A local arcade company brought up a pinball machine. Heidelberg Distributing made sure he had plenty of Budweiser.

“I ate like a king every Wednesday, Morton’s Steak House came with all the trimmings,” he said.

On November 3rd – a full two-months from the beginning of the season, the 0-8 Bengals hosted the 4-4 Cleveland Browns. It was 14-10 Browns at the half – the third quarter was even, each team scoring a touchdown to make it 21-20, Cleveland. In the fourth quarter, the Bengals added a Jim Breech field goal and took the lead, 23-21.

“Here’s where I got worried,” he said. “The Browns Matt Stover might kick a late game-winner.”

And, as time wound down, he got the chance.

As Stover got set for the field-goal try, Bengals cornerback Eric Thomas broke through completely unblocked, and got his full right hand on the ball, splitting his glove along the middle finger. Linebacker Carl Zander then fell on the ball, to give the Bengals their first win of the year.

“No, I’m staying up here until tomorrow morning,” he said. 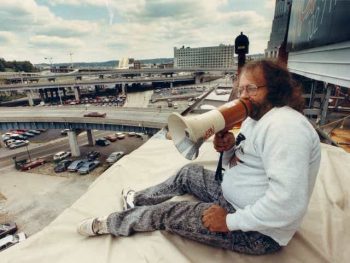 Dennis (Wild Man) Walker was named for Dennis James, one of the early personalities in the history of television. Walker claims he was “discovered” while standing at the “rail” in Cincinnati’s old Riverfront Stadium in August, 1981. Also standing there – about eight feet away – Was WEBN afternoon DJ Michael Luczak.

It was July, 1983 when the Wild Man was collecting money for an airplane banner against Reds’ General Manager Dick Wagner.

“I was just pissed off that Wagner had allowed Pete Rose to sign with the Phillies in December, 1978,” he said.

The Phillies won the World Series with Rose in 1980.

Lo and behold, the Phillies were coming to Cincinnati for a series in July of ’83. The banner was ready to fly, Saturday night, July 9th.

“I chose Farmer’s Night, which I knew would be a good crowd,” he said.

Walker got a call from Luczak, and told the then Program Director, “We don’t need a suit-and-tie guy to do sports for us. We should get a real fan, someone passionate about sports, to come in and give opinions.”

He expanded his role to music.

“Sports and rock ‘n roll have been a marriage made in heaven since the early ‘80s,” he said, “and continues today. There isn’t a ballpark, stadium or arena where you don’t hear rock ‘n roll music during a game. My signature line to open up my sportscast for 27 years on WEBN was always, ‘Sportsrockers’, which was coined by Luczak in 1982.”

But the best marriage yet was Dennis (Wild Man) Walker and WEBN.

Andy Furman is a Fox Sports Radio national talk show host and he also writes for the Brooklyn Daily Eagle. He may be reached at: andyf@brooklyneagle.com.