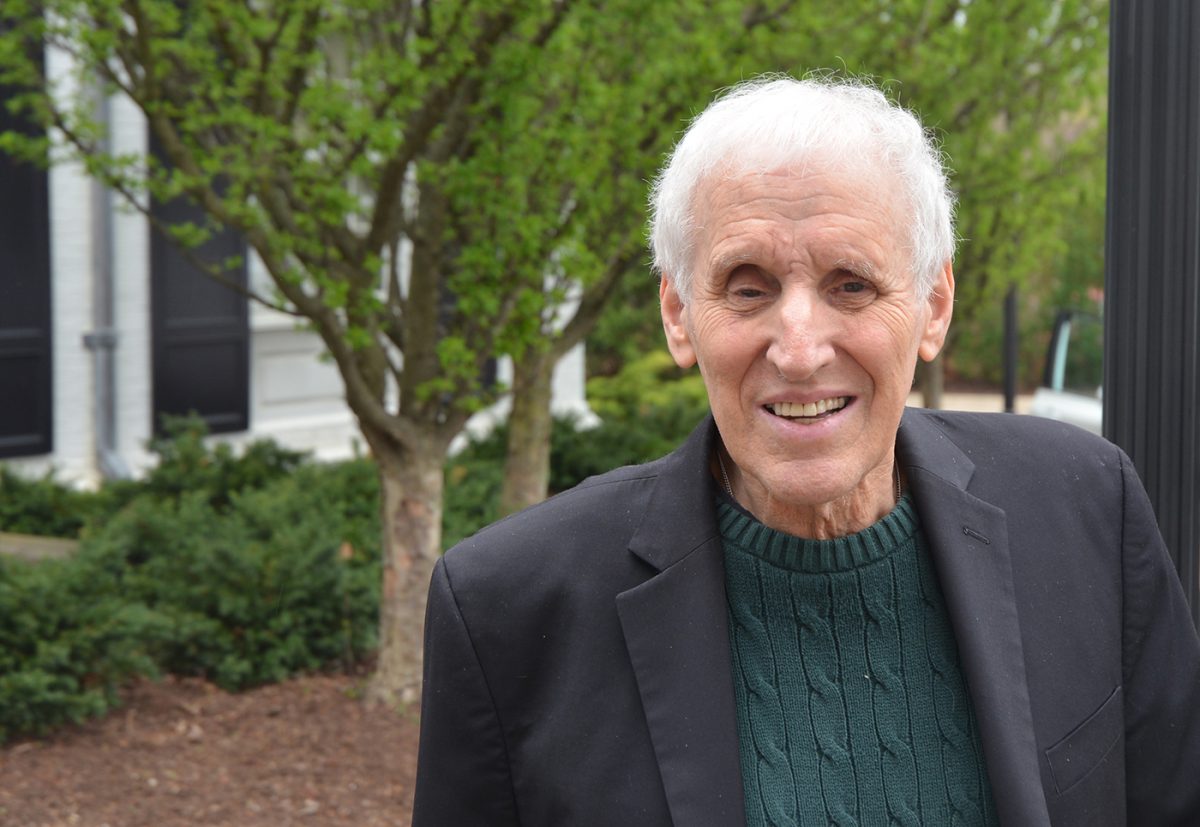 If you’re a sports fan, you likely heard his name repeatedly through his decades in the business.

Marty Aronoff was a stat man on TV and radio, nationally and locally. It could have been in his native Washington where he trained under local icon Warner Wolf. Later, with a healthy push from Dick Stockton, who swore by Aronoff’s numbers, Marty seemed to be ubiquitous. The first network TV and team statistician was a Canadian, Allan Roth who worked with both the Brooklyn and later Los Angeles Dodger and then with Curt Gowdy.

The relationship between the broadcast statistician and the play-by-player takes time to gel. It requires a feeling-out process. Some voices want more and others want less. Through four decades, Aronoff calculated numbers for many of the biggest voices in play-by-play, from Stockton, the Alberts, Sean McDonough, Tim Brando and so many other veteran names. Stockton, the Voice of the NBA for CBS in the 1980s and Aronoff traveled together. For decades, Marty would help Dick break things down into simple arithmetic and basic terms.

Marty got his start in the mid 70s and turned the stat skill into a cottage industry. DC turned into the cradle of sports stats. Washingtonians like Paul Evans, a onetime high school math teacher, Brian Taylor and others were influenced to some degree by Aronoff.

“Some of the best broadcasters are the most demanding and they made me better. Sean McDonough demanded perfection and wanted things done his way,” In my conversation yesterday with Marty, he told me. “Because Sean couldn’t talk to me when he was behind the mic, he’d pound his fist against the table at courtside until he got what he needed.”

Marty began locally in the Washington area, doing the arithmetic for Warner Wolf. He later befriended legendary Maryland voice, Johnny Holliday, helping him with Terrapin football and basketball stats. By 1982, Marty became the sports producer at Channel Nine in Washington for his longtime colleague, the late Glenn Brenner. 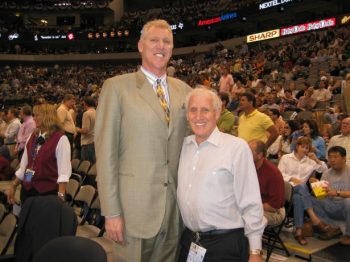 Stat folks don’t get rich. “I remember when I got a raise to $40 a game,” Marty shared with me too. Some announcers took dough of their own to supplement  the penurious amount the teams or networks paid them. Now retired, Marty reminisced “I enjoyed it. You have to customize your relationship, announcer by announcer. Don’t blindly force stats. The numbers have to make a nice story.” Some stat people will give the announcer a number and stare at him or her until it’s used. (Above, you know who is to Marty’s right)

Today, the score bug on the screen produces constant instantaneous data; the time remaining in the quarter. the score, the number of timeouts and more. “Stat people have to do more than they did years ago,” Aronoff said.

“Sean McDonough trusted me. I knew not to ever interrupt his thought process,” Aronoff underscored. “Stockton insisted to management that he work with me.” For those who remember the Magic-Bird and Showtime rivalry years, you’d also think Stockton, Pat O’Brien, Marty Aronoff and a variety of analysts culminating with Hubie Brown.

A couple years ago, Marty, 84, stopped working and driving after being diagnosed with Sjogren’s (SHOW-grins) Syndrome an autoimmune disease. He was essentially retired, but kept himself working locally for Holliday on home Maryland games. Late last fall, Marty collapsed in the Terps booth. There are no medics up in the booth, so it was a very frightening moment.

Holliday told the Washington Post, “The first thing Steve Suter (radio analyst) and I thought was he had a heart attack and was gone. There was no response whatsoever. Here I am trying to do the game and worrying about Marty on the floor behind me. It was probably the scariest thing I’ve ever gone through in broadcasting.” Holliday and Sutter had to mingle a little radio play-by-play of the game and the tingling moment of what happened to Aronoff.

Marty’s fall knocked down the two announcers and their headsets. “Both of us are on the floor, and when I kind of regained my composure, I looked at him, eyes wide-open, mouth wide open,” Johnny told the newspaper.

Seven months or so later, Aronoff sounded spirited and enjoyed talking about his hundreds of thousand of miles on the road, doing stats and enjoying the men and women he met in his travels.