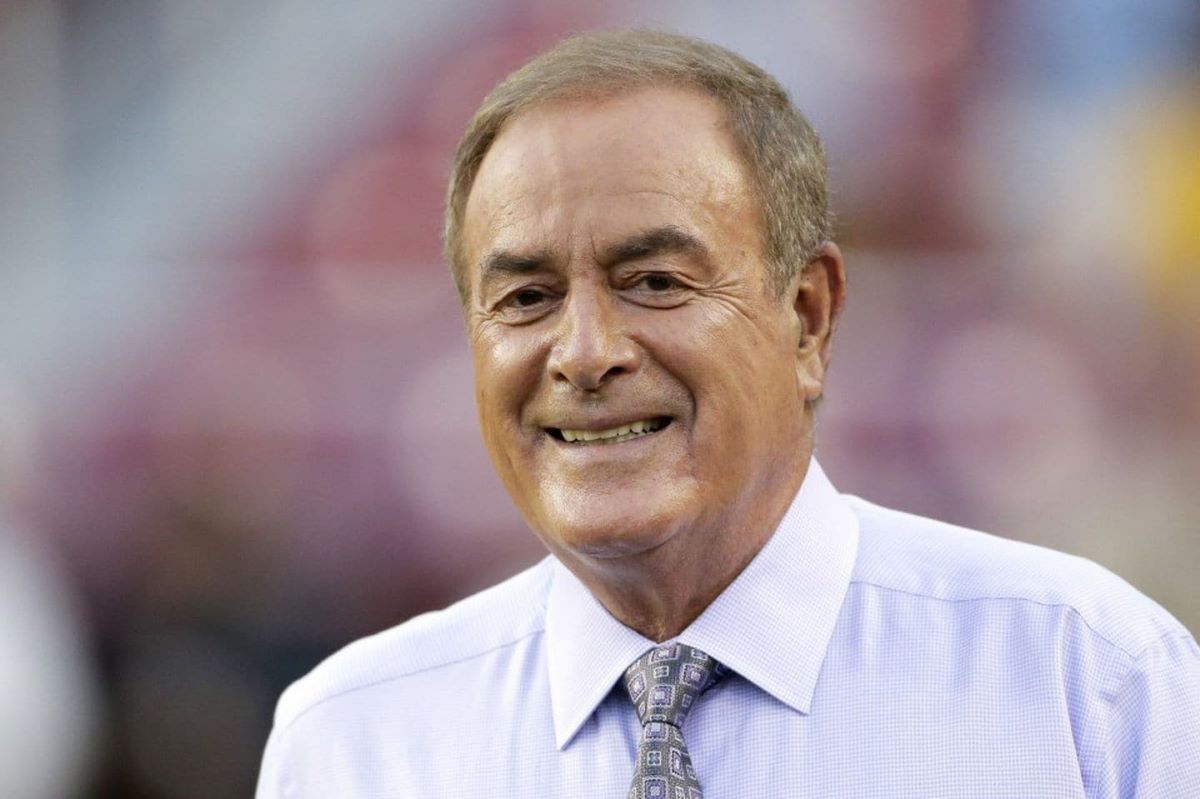 Fifty years ago in 1972, a 27 year young Cincinnati Reds’ announcer, Al Michaels, was assigned to represent the ballclub on NBC’s Radio and Television World Series broadcasts. Game one was scheduled for Riverfront Stadium, a ballpark that opened in mid-1970, one that was symmetrical and whose surface was Astroturf.

Al’s first baseball job was in Hawaii where he did just about everything, including the AAA minors. It’s where Tommy Lasorda heard Michaels while managing in the Pacific Coast League. He strongly suggested the young voice for an opening in 1972 with the White Sox job but was crestfallen when he failed to to get the gig. But owner John Allyn didn’t put his stamp of approval on it, for concern of his young age.

Disappointed over the rejection by the Chisox, Michaels got a call from the Reds asking if he can get on the next flight to Cincinnati for an interview. From the warmth of Hawaii to frigid cold of Cincy, Al booked the next flight. He connected in LA where his mom met him at LAX to give him his father’s overcoat and winter weather gear. The rest is a colorful and sparking history. Over the last half-century, he’d become America’s Sports Voice, smooth and flawless at painting pictures, doing just about any sport.

While he built a sparking career, and I’d imagine some wealth, he will be paid an additional $30 million more over the next three Amazon seasons through Thursday nights in 2024. When he finally hangs up the cleats, he’ll be labeled a pioneer, evolving into the first bona-fide media member in broadcasting’s newest frontier. Years from now sports streaming will be interchangeable with Al Michaels, just as cable was, when it uprooted over-the-air television.

Had circumstances not eventuated, railroading Al to Amazon, he’d have likely ended up on Fox. The salaries between Fox’ voices Kevin Burkhardt and Al Michaels on the NFL or Joe Davis and Bob Costas on baseball are enormous.

Yesterday, NBC announced its official SNF crew. The only returnee is Cris Collinsworth, Al’s partner since John Madden, retired. The duo will be direly missed. Mike Tirico will do a good job but it will take viewers time for the SU alum to be accepted. You don’t replace a legend, you succeed him.

Michele Tafoya, NBC’s longtime sideliner, is chasing a new career, politics and political affairs. Football is apparently behind her. It was assumed that Kathryn Tappen would get Michele’s get. Surprisingly, she didn’t. Veteran Melissa Stark returns to NBC where she did varied work earlier.

The good news for Michaels is that although we’ll miss him on SNF, he will back up Tirico when there are a couple conflicts including a playoff game next January. I’d bet that yesterday’s announcement didn’t include Al’s was to allow NBC to introduce the essentially new SNF slate without sullying the newcomers to talk and talk. The focus introduction was on Mike Tirico, Malisa Stark and the returning Cris Collinsworth.

The challenge for Al will be working with Kirk Herbstreit. I certainly hope that Kirk will take tips from Michaels, not try to lecture him and Amazon’s audience. Don’t over-talk incessantly. Michaels knows the league. Let me put it another way. The league knows him. I can’t tell you how many voices tell me that shut the audio when he begins babbling.

Al worked with the best! Think John Madden, Collinsworth and the two Dans, Dierdorf and Fouts. Like him or not, Howard Cosell, and Jim Palmer, Bob Costas and Bob Uecker on baseball. And did you say, Herbie with this group?

Fifty years ago he stood next to a man he admired, a master, at the height of his career, Curt Gowdy,  Frightened on national television for his debut and getting ready for the World Series open, you might argue that baseball was at its height in 1972. For Al, not a bad act as Vin Scully, his other idol would say.

I don’t say this as a criticism of Michaels, but to my knowledge, on prime-time football, the only quasi-rookie analyst he ever worked with (unless you count the Dennis Miller disaster) was Boomer Esiason. That didn’t go well. Herbstreit is new to NFL analysis and he would be wise to put himself in Michaels’s hands. Indeed, in this case, the play-by-play man is the substantially bigger name, which doesn’t happen often enough.