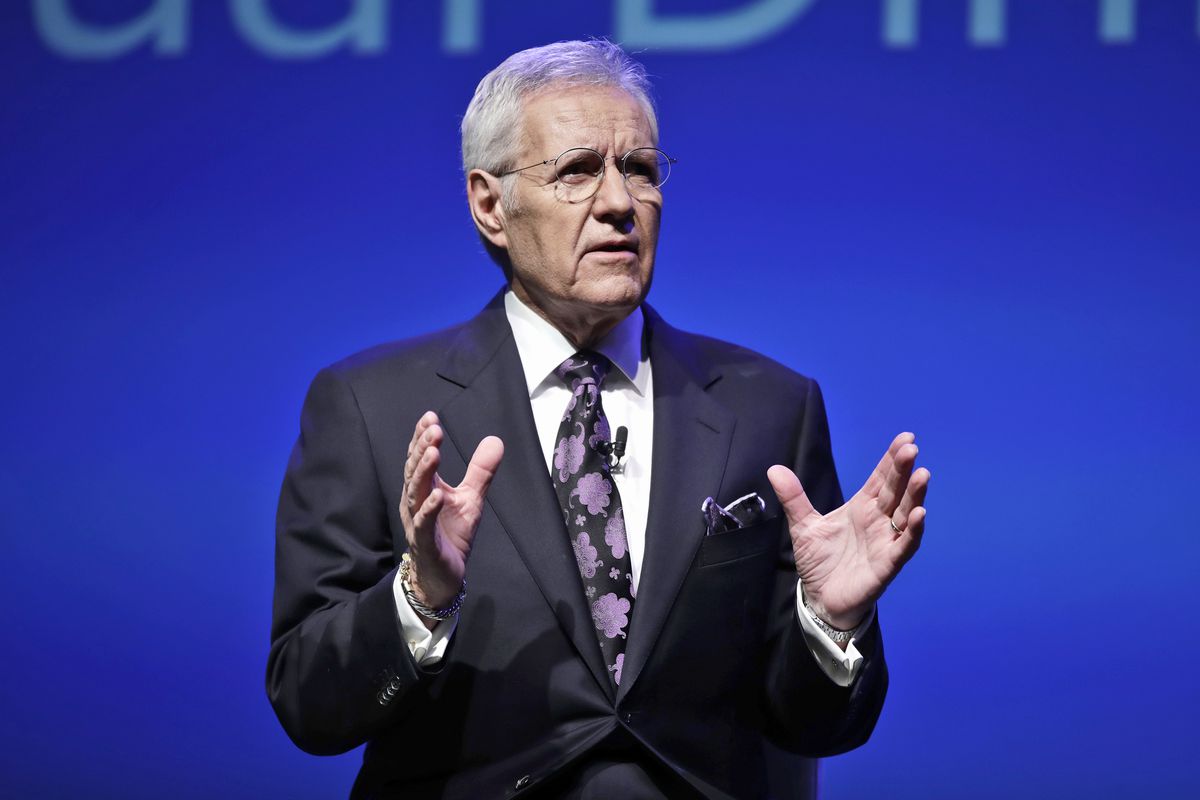 Joe Buck will get a tryout to host Jeopardy at some point this summer according to Andrew Marchand of the New York Post. The producers of the show continue to parade in big names to audition for the gig that Alex Trebek did brilliantly for three decades. Buck, 51, is the Voice of the NFL and MLB on Fox.

The revolving door will continue. CNN’s Anderson Cooper and Dr. Dr. Sanjay Gupta are among those who will fill-in until a fulltime host is named.

On January 21, Sports Broadcast Journal identified ten sports broadcast names who deserve an audition and have earned consideration for the prestigious post.

Last Nov. 8th, the country lost an icon. Alex Trebek presided over Jeopardy! for 37 years, doing so with a blend of neighborly warmth, poise and worldly sophistication. He was the beloved host, the man with all the answers, the man who touched millions.

Viewers didn’t have to be “whiz kids” to watch and enjoy Jeopardy! because Trebek had an inviting touch. He also had a subtle way with contestants, using wry humor from time to time to calm their nerves. In his final 18 months, after he was diagnosed with pancreatic cancer, Alex taught us how to face the medical hands we’re dealt.  He gave the dreaded disease his best fight, hosting Jeopardy! until his last breath. His stage presence never wilted.

After he passed, Jeopardy! continued, and you might say so did Alex. He didn’t leave the cupboard bare. Trebek stocked the game show with enough inventory to survive the difficult transition after his demise. Now that all these pre-recorded shows have aired, guest hosts are filling in until there’s a permanent replacement. But replacement is actually a misnomer. Succeed is more like it. No one will replace Alex. Finding a new Alex Trebek will be impossible.

Have sportscasters ever hosted game shows?

The late sportscaster Dick Enberg hosted Sports Challenge in the 1970s. His polished work on the game show helped spawn his four-decade network career. To that point, Dick was a Southern California play-by-play voice who occasionally worked syndicated game broadcasts nationally. Enberg  eventually signed with NBC and the rest is history.

Bowling for Dollars was a program that became popular in local markets in the 1970s. Broadcasters like the Lakers’ Chick Hearn hosted the show in Los Angeles and the Mets’ Bob Murphy in New York. Joe Garagiola and Vin Scully hosted game shows too a long time ago.

Trebek was a hockey fan. In 1971, he came close to succeeding Ward Cornell as host of Hockey Night in Canada. But Dave Hodge got the gig because management of the Canadian Broadcasting Company reportedly did not want someone with a mustache to host Hockey Night. It didn’t sour Trebek’s love for the NHL. In Southern California, Alex became a Kings’ fan.

We thought we’d take a fun and wild stab at sports voices who have the talent to host Jeopardy! These are ten we identified in alphabetical order. But don’t get your hopes up.

Bennetti, 37, is the face of courage but don’t tell him so. He grew up with cerebral palsy but didn’t let it  temper his will to succeed. Among other things, he earned a law degree from Wake Forest. He now maintains a full schedule as Voice of the White Sox and as a prominent announcer for ESPN’s coverage of college basketball and football. If it’s all about commitment, Benetti has what it takes, a good voice, smarts, worldliness and people skills.

Unless you’re up late on Sunday nights, you might not have heard of this fellow. At age 34, Graham conducts long-form interviews with the biggest of names, occasionally including those outside sports. He made things happen on his own as a young adult, building his own syndicated network and eventually getting NBC to support it. On “In Depth with Graham Bensinger,” he’s interviewed Muhammad Ali, Jack Nicklaus and Adam Sandler. No question, Bensinger is a man with charisma and determination who exudes class. Bensinger’s professionalism demonstrates that he’s well ahead of his years.

Hard not to seriously consider Costas, 68, sports television’s best ever TV host. No one is more comfortable in the studio. He has a flair for the language and a command of the stage. He’s as well known as any sportscaster in America, having spent 40 years as the face of NBC Sports. Costas would bring a depth of diverse knowledge covering the categories that invariably fill the screen on Jeopardy!. At NBC, in addition to sports, he hosted a late night entertainment program as well as filling in on MSNBC.

The Los Angeles Kings TV play-by-play announcer, 31, made news when Trebek himself hinted several years ago  that when he retires Faust would make an excellent candidate. The young Alex is a student of the industry and brings lots of confidence to the microphone. In addition to the Kings, Faust does national work for Fox Sports.

A rising star and a Stanford alum, Flemming, 44, does play-by-play for the San Francisco Giants and works various sports for ESPN. Groomed by his boyhood idol Jon Miller, Flemming is creative, conversational and engaging. His sonorous voice is genuine and welcoming. He would strike the right chord with both younger and older viewers.

If you can maintain order in a studio full of larger than life characters like Shaq, Barkley and even Kenny the Jet, you can do so masterfully with three docile contestants on Jeopardy. Johnson, 64, is imperturbable and engaging, on-air and off. He’s a real ‘people person’ who can excel on Jeopardy!.

Like Trebek, Jones, 59, is Canadian born. He grew up in  a home in which his dad was a Jamaican born educator. A longtime college football and NBA play-by-play voice on ESPN, Jones carries himself in a gentlemanly and tasteful manner. He distinguishes  himself on-air with his soft timbre, descriptive phrases and rich command of the subject he covers.

Talk of remaining composed and collected? Suzy, 56, is a model of self-assuredness and confidence. Her warmth on the set is comforting. She’s quick on her feet and her smile is contagious. Most importantly, Kolber is as well prepared as any anchor on network television. She knows when to infuse her own moderate view and when to back off.

Yes, “Hello friends” resonates. Like Trebek, Nantz, 61, brings an elegance that’s second to none. He’s relaxed and encouraging. A network staple for years, Jim’s resume glitters. He’s won five National Sportscaster of the Year awards and has earned three Emmys. He too has broad interests and would interact with Jeopardy!’s contestants in a friendly fashion. But those who hope to win better memorize all Masters winners.

Tirico’s strength is his versatility and silky smoothness. Give him an assignment and he’ll shine. Mike, 54, rarely infuses himself or any of his own personal opinions in programs he hosts. It’s a quality that would suit him well as a Jeopardy! host. Tirico cut his teeth at ESPN and is gradually becoming the face of NBC Sports.

This is great! Dan Patrick hosted a sports version of the show, as I recall, so maybe him. But I think even at 93, Vin could do fine.