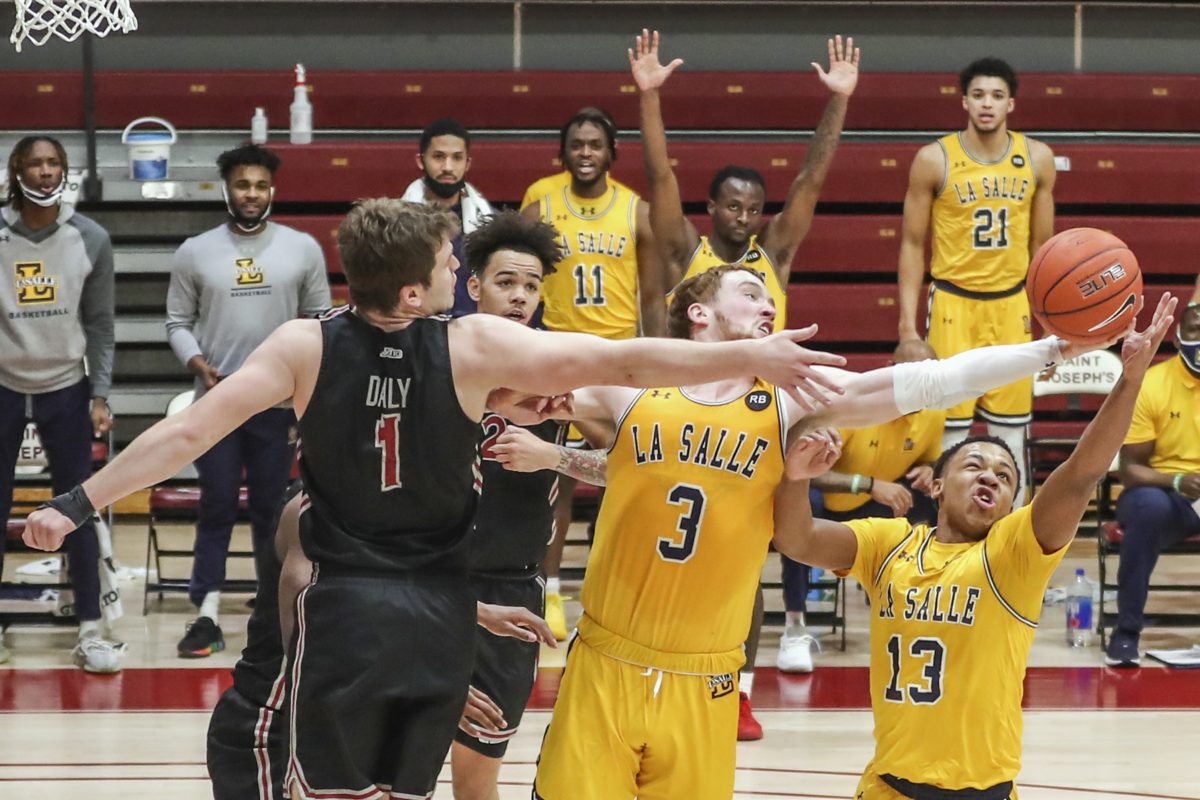 NBC is making network sports broadcast history this winter, and not necessarily by design.

During Covid’s homebound season for play-by-play announcers, the network is keeping its play-by-play talent on a short leash. For a second time during the collegiate basketball season, NBC’s announcers covered the Atlantic 10 Conference, calling two games in one day from the network’s Connecticut studios.

Covid has forced many announcers to call events from their homes or neighboring studios. But NBC Sports Network brought the practice to a whole new level of efficiency. It asked its announcers to call two games from its Connecticut studios in one day. The cost savings are good news for Comcast shareholders, not necessarily good news for viewers or the announcers. Voices have documented the shortcomings of calling games away from their venues. 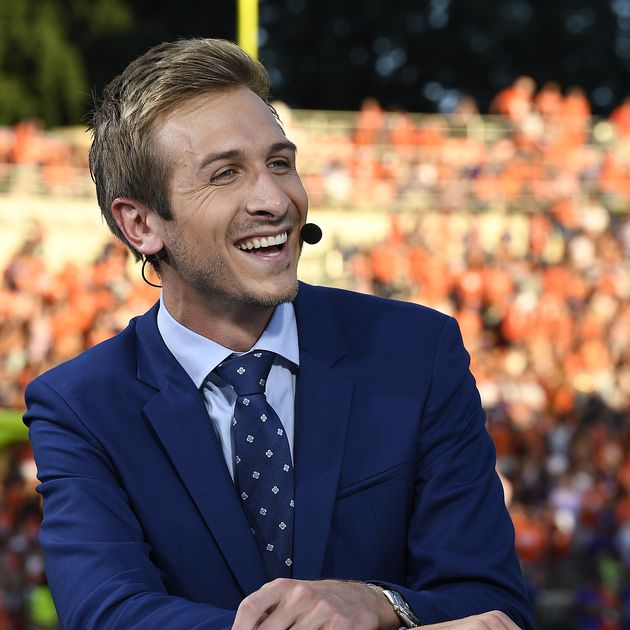 On Saturday, Jac Collinsworth (left), football Cris’ son and Ron Thompson, son of the late coach, John Thompson, were in the studio for both the St. Joe’s -La Salle matchup in Philadelphia and later the George Mason-VCU game played in Richmond. If it wasn’t enough work for one day, Thompson shuttled into the studio at halftime to join anchor Jimmy Roberts. (As a side note, Jac sounds a bit like dad. His voice cadence is similar. He has a happy and jovial sound like pop.)

According to NBC, a similar setup occurred on January 2nd when Ahmed Fareed and Thompson presided over two Atlantic 10 games from the studio.

The production of two games in one designated spot affords the network a number of synergies. The network, should it choose to do so, can hire talent and give each a stipend for the day, instead of paying them per game. And how about all the T&E (travel and entertainment) that’s saved.

On the NHL side on January 18th, NBC put its two top play-by-players, Kenny Albert and John Forslund, to work on two out-of-town games, along with their individually assigned analysts. It was Martin Luther King Day and NBC Sports Network ran an NHL quadrupleheader. Kenny did the high noon game and the 7:30 match. Meanwhile, Forslund was on the call of the 5pm and 10 pm tilts.

To my knowledge, while other networks have had broadcasters call games remotely, none has been asked to do more than one event a day.

Overall, remote play-by-play broadcasts seem to be working conveniently and efficiently. So don’t expect them to end once the all-clear sounds, ending virus protocols.

Fox, CBS, NBC and ESPN all engage in this practice. ESPN is at least fully transparent. Its announcers tell their audiences that they’re home and viewers get a chance to see them on camera in their individually customized settings.

The other networks seem to be guarded or a bit coy. For instance, the opens have become short and the voices are generally not seen. The opening tip follows moments later. Fox won’t publicly acknowledge whether the announcers are on site or on their couches.

A good thing about NBC’s production is that at least the announcers are sitting next to one another, instead of being in their own homes, miles apart. In other words, Collinsworth and Thompson didn’t step over one another during the broadcast.

Two fellows who are apart, ESPN’s Bob Wischusen and Dick Vitale, can’t help but to step on one another because they’re hundreds of miles apart. The two are solid but there’s just so much you can do. A game is fluid. It’s not a written script.

Meanwhile, I can assure you that announcers are livid over the prospects of continuing this myopic policy in perpetuity. CBS boss Sean McManus seems to be committed to it for Mid-Major basketball games for the foreseeable future.

Talking of Collinsworth, dad Cris, co-hosted a sports talk show for years in Cincinnati with Andy Furman. It ran on powerhouse WLW. Back in the days when smoking was still allowed in the studio, Furman chomped on his cigar. Collinsworth would tell him, you’re running up my dry-cleaning bills.

Westwood One loses another property, the NHL

Westwood One which recently lost the rights to the Masters to SiriusXM recently lost the NHL rights. Sports USA has it now. Its coverage began this past weekend with the outdoor games. The talent: Play by play: John Ahlers, analyst: Brian Hayward and studio host: Ted Sobel, a longtime LA sports reporter.

NFL Broadcast Rookie of the Year

Adam Amin, 34, left ESPN. Solid move by the Foxies hiring him. He’s confident, friendly, spot on, versatile and sounds beyond his years in experience. Adam also does baseball and did hoops this weekend.

It would be interesting to know if there are any union issues with doing two or more games. Also, I think of Dick Enberg, who realized that overexposure really hurt Curt Gowdy and Chris Schenkel, stipulating to NBC that he would do no more than 50 events a year, and missing a Wimbledon when they couldn’t agree on whether it was one event or a series of broadcasts. A lot of announcers would say, no problem, but a doubleheader under the circumstances could be an issue.