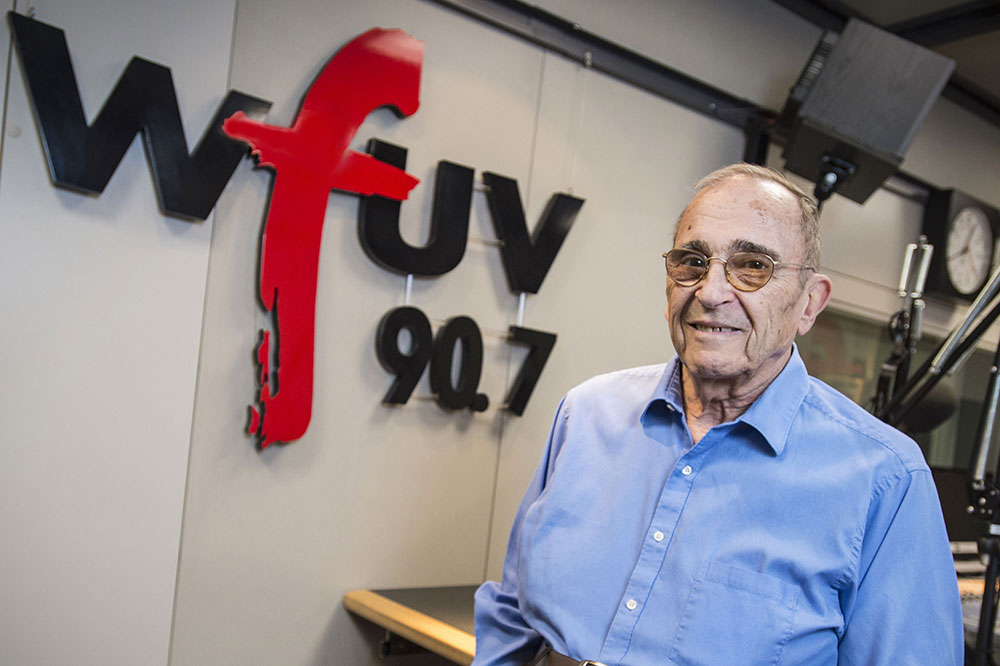 Bob Ahrens has been around the sports broadcast game for over a half century. He’s watched the best at work, including Red Barber and Vin Scully.

Over the last score of years, he’s shared his wealth of knowledge with students at Fordham University who cut their teeth at WFUV, a student radio station available through much of the metropolitan New York area. WFUV’s alumni  reads like a who’s who; from Charles Osgood to Scully and so many in between, Mike Breen,  Spero Dedes and Michael Kay to name a few.

We had an opportunity to ask Bob to reflect and look ahead.​

In your long broadcasting career as teacher and counselor to students and budding sports announcers, how would you compare the crop of students today to those of a generation ago?

I can honestly say that students today seem to keep getting better each year.  WFUV’s legacy of current and rising stars gives students something to shoot for. They pursue it, knowing that it’s not easy. With high standards for professionalism they recognize achievement when they earn it.

Are sportscasters today, particularly play-by-play announcers, commoditized? Is there a cookie cutter approach? Is their work stamped too uniformly – without sufficient personal distinction?

Not with the good ones.  But yes, there are many who sound alike.  We teach everyone the same basics, but it all boils down to the advice Red Barber gave a young Vin Scully, asking him “What is the one thing you bring to a broadcast that nobody else can?”  And the answer, of course, is “yourself.”

WFUV is the alma mater of many renowned sports announcers; a glittering list headed up by Scully himself . Who are some of the recent students you feel sports fans will have an opportunity to hear in the years ahead?

I don’t want to jinx or put pressure on anybody so I’ll stick with the latest one out there who is Ryan Ruocco.  He’s doing NBA and WNBA for ESPN and also fills in on the YES Network for the Nets and Yankees.

When games are not on traditional television or cable, athletic departments or their representative conferences webcast live video coverage of virtually every event. Are students given opportunities to sharpen their skills by partaking in these broadcasts?

What specifically do students want to do most? Is it play-by-play, sports talk on radio or anchor sports news and panel discussions?

They are doing all of the above plus participating in some of our eight podcasts.  A good number of them are also interested in behind the scenes work of production and engineering. They are trained in all functions and make their choices as they go along.

What are some of the frustrations you’ve run into with young broadcasters? Are they aware of early career pitfalls, frustrations and difficulties?

Their biggest frustration is likely impatience and wanting to achieve success at a rapid pace.  However, as I said earlier, they realize what it takes to qualify and those who really put forth the effort eventually achieve their goals.

Marty Glickman spent a number of his later years consulting young Fordham would-be broadcasters. What was it like working with him and what were a couple of your takeaways?

It was great working with him and I learned great deal.  What I teach is basic Marty Glickman values with some adaptation for today’s society. And it was Marty who recommended me for the Fordham job and gave me the confidence to do it. I learned these four major points:

Which academic discipline do you suggest announcers major in college?

English because it’ll help them with their writing and speaking.   Business too because of issues they might have to tackle down the road. Of course, they’ll need some communications and marketing courses as well.

Would Red Barber be able to get a job if he were starting out today?

Probably not.  And I firmly believe that the gold standard, Vin Scully, wouldn’t get one either. What would hurt them most was they had no flamboyant home run call and that their overall style doesn’t really work today. And Ernie Harwell (the late iconic voice of the Tigers)  told me in 1997 that he wouldn’t get a job if he was just starting out.

I now it seems strange that three of the all-time great announcers including the one everybody wants to emulate could not get jobs today, It’s a different time and a different generation. Technology and audiences have also changed over the years.

I’m sure you’ll want the other side of the story.  I think Mel Allen would make it as would Curt Gowdy and Dick Enberg. Storytellers yes, but these three in particular made enough room for their analysts, a role which has risen in importance over the years.  Mel was a great storyteller and had great pipes. His enthusiasm would certainly make him a Yankee fan favorite today.

That leaves the two minimalists, Ray Scott and Pat Summerall, who were blessed with excellent analysts. They certainly would make it today because they made their analysts the stars.

Is it fair to ask play-by-play announcers to report on  activities that are outside the so-called lines? (off the field indiscretions, run ins with the law, steroids, showboating and the like)

Whether it’s fair or not, it’s out there and they can’t avoid it.  It’s more in how they handle it or don’t.  It isn’t an easy decision whether it’s a network, team or local situation and they have to figure it out.