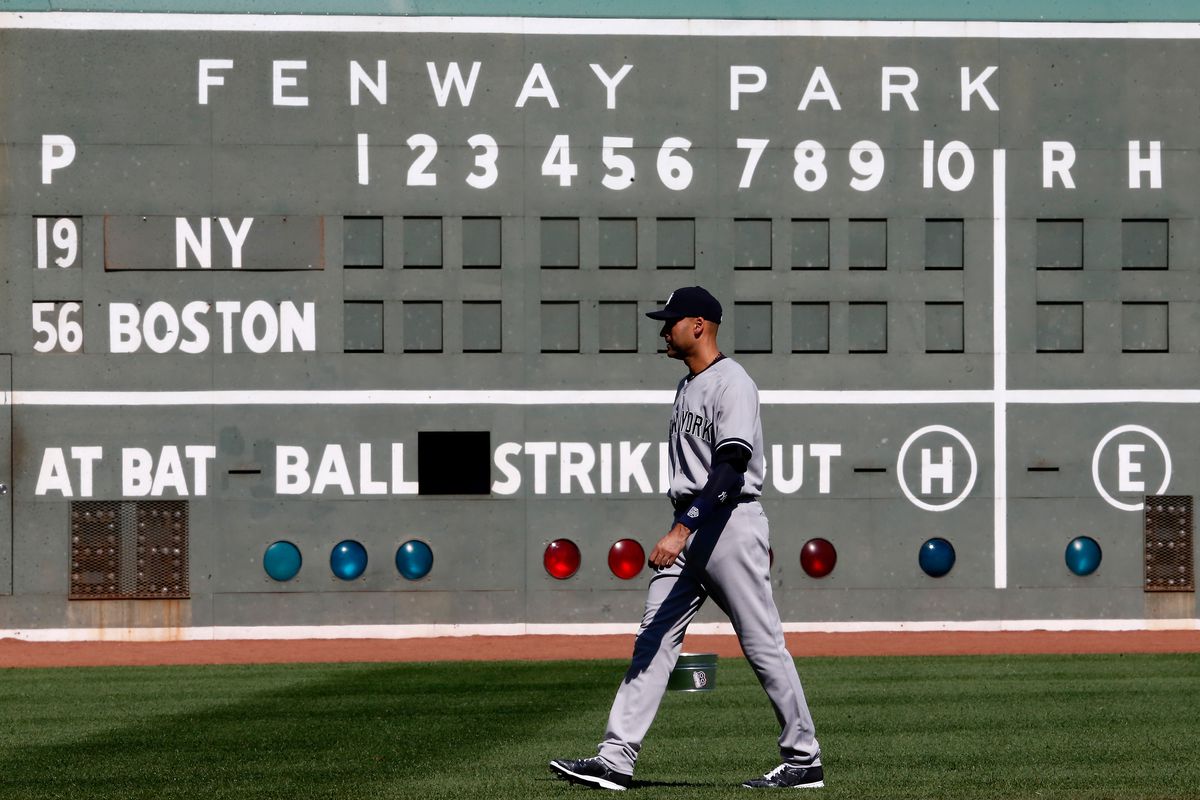 WEEI flauntingly released its panoply of new Red Sox announcers for the 2019 season.

One important disclaimer, this isn’t a commentary on any of these accomplished broadcasters individually.

When word leaked out last fall that Sox radio was going to a play-by-play/talk format, it was vehemently denied by the big thinkers at the station.The team too said it wouldn’t stand for anything like it.

After denials and more denials; the Red Sox Network is tearing down a 75 year New England tradition.

Most broadcasts will feature Joe Castiglione plus the flavor of the day. A broadcast team is generally made up of two or sometimes three announcers. Nine guys make a baseball team not a broadcast team.So bring your scorecard for the surprise of the day.

Okay! maybe these jokes are a failed attempt at ugly humor. But the whole new format is the real joke. And what will we do when Castiglione takes his vacation days? Remember he’s the fellow who has to hold down the fort. When he’s gone (about 18 games), they’ll really need a security force.

Actually, I’m sure WEEI has something creative planned when Joe’s gone. The talk guys from the station doing the whole game off a screen in the studio?  AI (Artificial Intelligence) mysteriously taking over the broadcasts? If it doesn’t work, how about a couple colorful Massachusetts politicians, Elizabeth Warren and Barney Frank? Perhaps they’ll stimulate a Donald Trump tweet. A Trump tweet will generate some curious attention. Maybe bring in Terry Cashman to sing his famous ode to the Red Sox. It can be simulcast on some oldies station too.

Let’s start with some history. WEEI’s idea is not novel.

Management should do a little digging. It’s a matter of public record. The Atlanta Falcons tried doing this in the early 80s one season. That was that. And with football it’s easier. And football is less about a comfortable radio companion every day. It’s about rapid-fire delivery of information and a little depth from a color commentator.

As my mother-in-law used to tell me, live and learn. She also said, grin and bear it.

NBC Sports had guest color commentators working with Curt Gowdy on its baseball broadcasts in 1973 and ’74. ( Curt was the Voice of the Red Sox from 1951-65 and would likely turn over in his grave if he heard this brilliant idea activated. Curt would know. He also owned and managed radio stations.)

NBC had guests joining Gowdy; different ones each week. It obviously didn’t last. It was a novelty. Television is different and a national broadcast is a whole other animal with an entertaining dynamic. The guests included football’s Don Meredith, Emmett Ashford, (baseball’s first African-American umpire), Chuck Connors (The Rifleman on TV and ex-baseballer), Danny Kaye (actor who invested in the Seattle Mariners), George C. Scott and others.

After two years, the guests were gone and from what I remember, Gowdy and Joe Garagiola split the package the following season.

They’re not bringing in Berman, Merloni or Carmon to showcase their fundamental baseball play-by-play skills because they have none. Their skill-sets are strong but for other facets of broadcasting. Last time I looked, radio is about painting a picture. 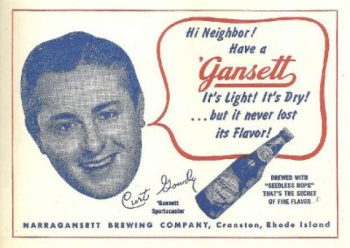 Isn’t teamwork built by collaborating together, cohesively and regularly? Isn’t radio baseball about listeners developing a friendship, a sense of  companionship all summer? All this new format will do is chase more people away. NBC’s experiment with guest announcers didn’t light up the ratings. For fans, radio is about enjoying and absorbing a daily, symbiotic broadcast relationship. It’s stepping into a comfortable pair of shoes everyday, not a new uncomfortable pair every couple days.

Isn’t it about Curt Gowdy saying “Hi neighbor. Have a ‘Ganset?” isn’t that what radio baseball is all about? Well, maybe Ganset has long since been overtaken like Ballantine, Rheingold and other regional beers. But you get the drift.

As Winston Churchill told the House of Commons in 1948, “Those who fail to learn from history are condemned to repeat it.” A hodgepodge of guest broadcasters didn’t work effectively on NBC and it didn’t work locally for football and certainly won’t locally for baseball, a six month everyday sport. Team commentators have to be emotionally linked to the team that they’re covering. Let’s not reinvent the wheel.

It’s one thing to bring in Ronald Reagan as Harry Caray did in Chicago once, but a cast (the word used in Boston to introduce the conceptual framework) is for a Broadway show or a Hollywood motion picture, not for a baseball radio booth.

The exogenous presence of guest announcers will likely produce extraneous conversation. Castiglione will be tempted, as any decent announcer would be, to ask his guests questions about baseball in general, their careers or how they spend their summers. So the broadcasts are likely to drift to the superfluous. It’s like having a strange guest in your home four nights a week. It’s much.

Baseball broadcasts are about chemistry. It’s Caray and Buck, Harwell and Carry, Murphy and Thorne, Scully and Doggett, Hodges and Simmons, Prince and Woods, even, yes, for some, Sterling and Waldman. In Boston, it’s been Gowdy and Martin, Star and Castiglione, Coleman and Martin and other wonderful duos.

As Phil Rizzuto said when the roster of Yankees broadcasters turned into a mini phone book, “I’m getting spiked on my way into the booth.”

The one time this approach made sense was when the Mariners rotated guests for a couple of years after Dave Niehaus’s death, partly on the theory, it appears, that he was so (deservedly) big and beloved in Seattle that it wouldn’t be fair to whoever they hired to sit in his chair. Then they went with a fine young broadcaster, Adam Goldsmith. I like Tim Neverett, and I look forward to him on Dodger broadcasts, but he’s not Dave Niehaus and this isn’t Seattle. When Harry Caray had a stroke in 1987, the Cubs used guests for about six weeks.… Read more »