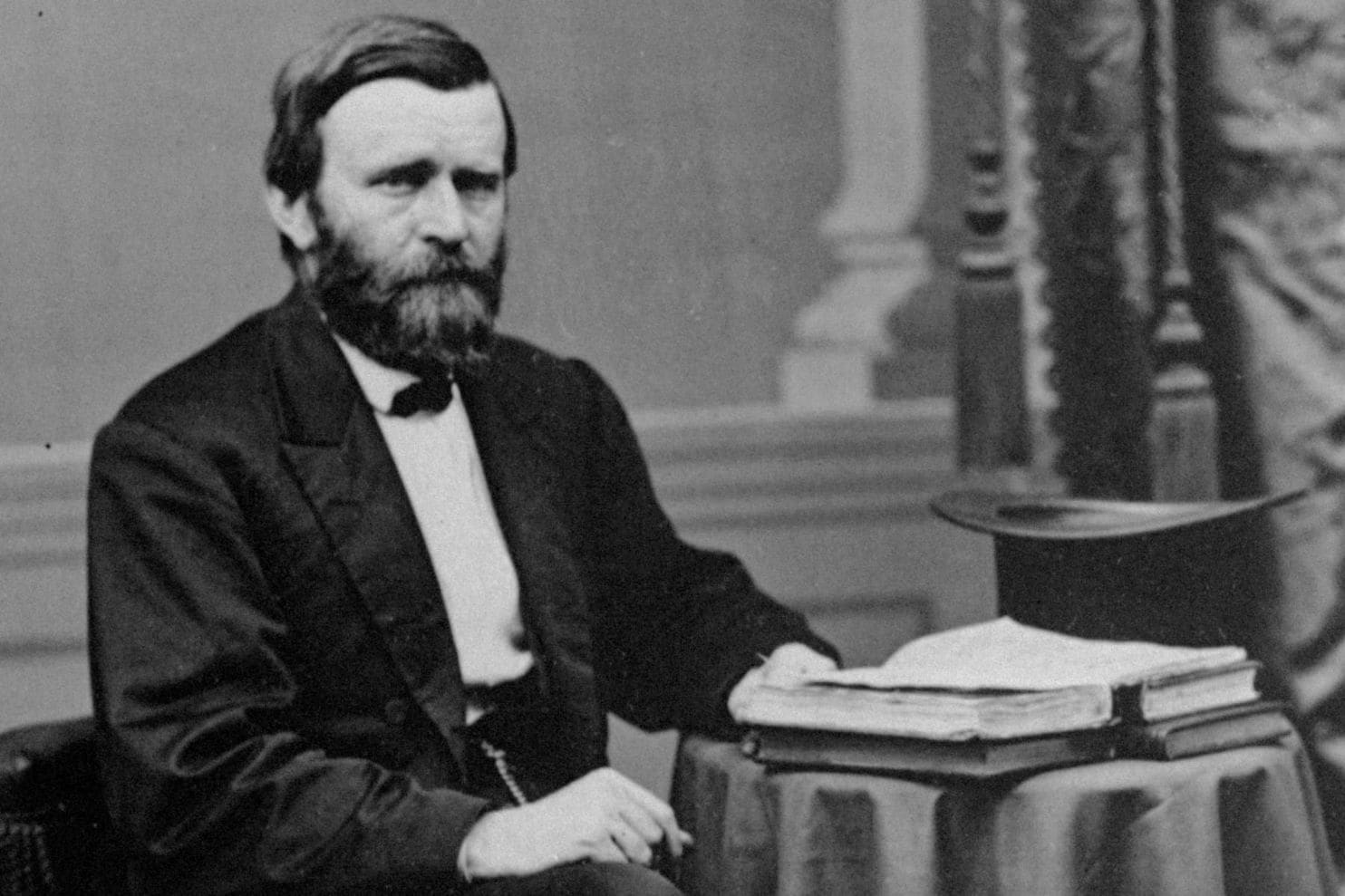 According to the Washington Post’s Shirley Povich, 19th-century regional rules applied: “no outfield fences, and a batter could recircle the bases till the cows came home. A ball eludes the fielder, and you might get two home runs on a hit.” On September 18, Johnson became the first president to even attend a baseball set: Brooklyn Excelsiors 33, Nats 28.  Baseball yearned for his amen—premature, given that the Tennessean was later impeached by the House of Representatives and barely acquitted by the Senate.

Rutherford B. Hayes, winning a contested 1877 election in the House, played baseball at Ohio’s Kenyon College. James Garfield, president from March 4-September 4, 1881, then assassinated, had played wicket, a baseball progenitor, teaching at another Ohio college, Hiram. Chester A. Arthur conceded to “obsessing on fishing.” He also began the rite of welcoming teams to the White House (1883 Cleveland Forest City). All stood in the Oval Office’s 1865–1901 Long Gray Line—to Thomas Wolfe, “the Lost Americans … faces mixed, melted, swam together. Which had the whiskers, which the burnsides?” Many voters couldn’t tell.

The 250-pound Grover Cleveland is still the sole president to serve two non-successive terms: 1885–89 and 1893–97. He is not, as some say, the only president to be the subject of a sports motion picture. On January 20, 1981, Ronald Reagan became America’s 40th president. Later Speaker of the House of Representatives Thomas P. “Tip” O’Neill told him that he was sitting near a desk that once belonged to President Cleveland. The Massachusetts Democrat claims his story made Reagan glow.

“Hey, Grover Cleveland!” the new president is said to have exclaimed. “I played him in the movies!”—1952’s The Winning Team.

“No, no, Mr. President,” O’Neill replied. “You played Grover Cleveland Alexander, the baseball player.” It was then, he said, that “I knew the Nation was in tough shape. But still [Reagan was] a good, lovable guy.”

Cleveland followed baseball, worried that people would find it shallow, but deeming himself “utterly incorrigible and shameless” about hunting and fishing. In 1892, Benjamin Harrison, called “a human iceberg” floating between Cleveland terms, became first to see an official Major League game: Reds 7, Nationals 4. In 1897, William McKinley, riding horses, swimming, and ice skating as a child, became first to greet a big-league team (1897 Nats) in the Oval Office. After vowing to toss the first ball at their home opener, McKinley didn’t show at a presidential box built with flags and bunting. The public fallout all but felled him.

Cities swelled in the post-Civil War boom. In 1901, of the nearly 20 percent of the populace that was foreign-born, most were foreign speaking. To succeed they had to learn English. The best way was to read. For those keeping score at century’s turn, baseball lit journals like The Saturday Evening Post, Collier’s, and The Sporting News.

A prodigious writer, ultimately to author 42 books, succeeded McKinley on the latter’s 1901 assassination. Theodore Roosevelt preferred violent sports to baseball. However, in 1907 a baseball issue stirred him. Years earlier, British “rounders” had laid a claim as the game’s paterfamilias. A baseball commission now found America its real forebear. At a dinner, congregants began chanting, “No rounders!!” as if the Brits had again burned the White House. Had film existed, Teddy might have produced shorts of the War of 1812.

NEXT: THE FIRST OPENING PITCH

Whatever the truth of that story, let’s not forget Barney Frank’s comment when told of it: maybe Mr. Reagan thought that Grover Cleveland pitched for the Washington Senators between terms!

And when you consider that Johnson could be a pretty offensive fellow, he must have loved that 33-28 game ….