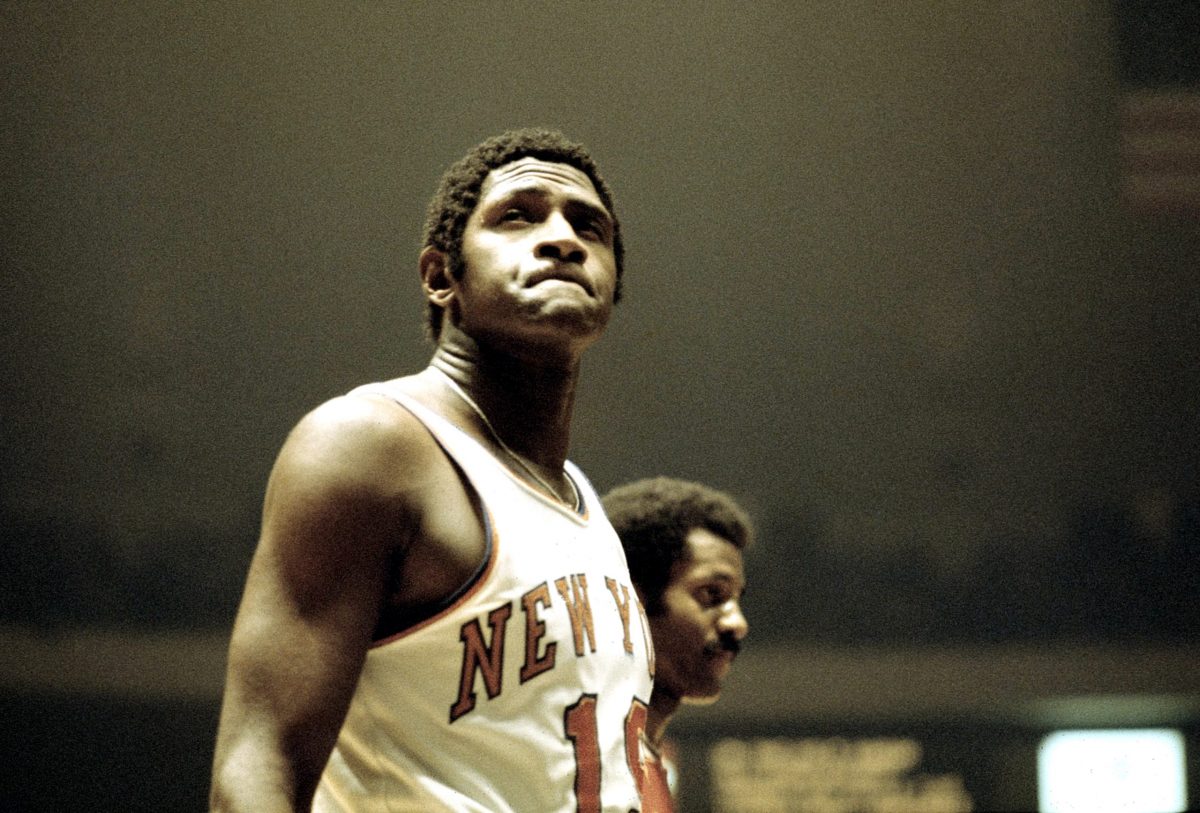 The Knicks' Willis Reed was the subject of attention in game #7 of the 1970 NBA Finals. In NY, the game wasn't carried live on ABC.

Yes, NBA TV ratings have slumped these past couple years, yet the league’s popularity overall has propelled in recent decades. This fall, the NBA will celebrate its 75th season.

National television coverage through the league’s first 35 years (1946-81) was choppy to say the least. When David Stern became commissioner in 1984, things changed dramatically. Magic Johnson, Larry Bird and Michael Jordan didn’t hurt. Neither did the enormous growth of cable television during the decade of the 1980s

While baseball and football have a long and storied history with the legacy television networks, the NBA doesn’t. Let’s take a look at highpoints and low-points of network coverage of the title series.

Consider these factoids through the years:

John Kundla was the living NBA coach ever. He won multiple NBA championships for the Minneapolis Lakers in the 1950s and lived until age 101. He passed in Minneapolis in 2017!

I also recall CBS doing up to eight regionals, which seemed a bit disjointed, in the 1970s. It’s worth remembering that Gowdy actually had been a star college basketball player–he really could do the games alone on TV.

As a kid watching the NBA games of Keith Jackson and Bill Russell on Sunday afternoon in the early 70’s, I remember how much I enjoyed them. Keith was really good on the call and Russell was very insightful and funny as well. That is where my love for basketball really started. Jackson was just so good at everything he broadcast. It was appointment viewing our house for both myself and my dad if he was on the call.