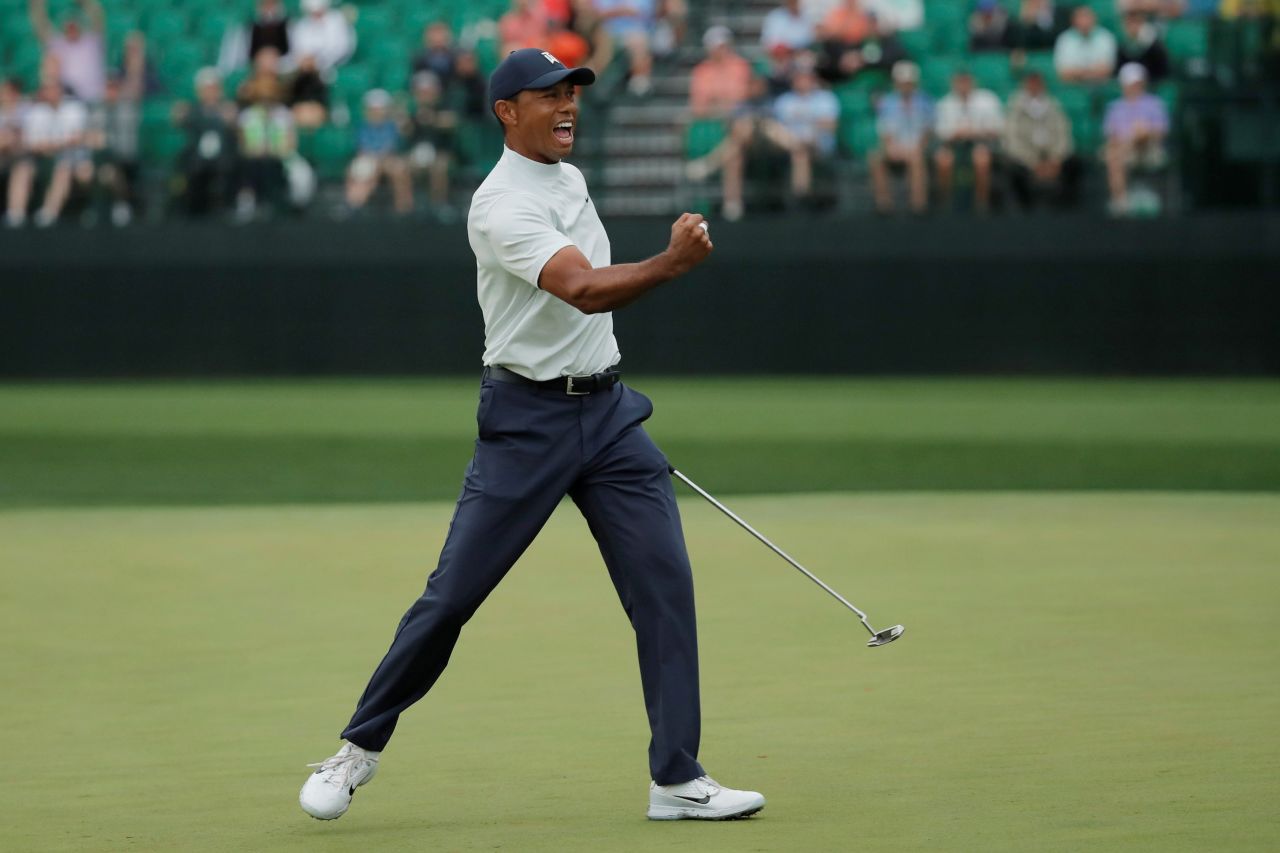 It’s a very special and unparalleled Sunday for sports fans across America.

The final round of the Masters begins at 7:30am, a sunrise start, due to a forecast of severe weather late this afternoon in Augusta. The split-tee launch requires a quick turnaround for the golfers. Tournament management is hoping to complete the final round by 2pm after which these dangerous conditions over the hallowed grounds might prevail.

CBS takes air at 9am and the streamcast begins at 7:30am.

Well, there goes CBS’ Sunday morning news shows. Imagine, no opinions and no interviews, no left and no right. Today it’s the green or the fairway. And that’s not the Green Party or the fair way politically.

Losing the late afternoon and early evening time-slot will result in a smaller television, be it a tight finish or not. So even if Tiger remains in the thick of things, ratings could very well likely decline.

Remember that by mandate from the powers that be at Augusta, CBS runs only two minutes of ads an hour. But there are just three sponsors, all aware of the risks, so lower ratings won’t spell ruin. It’s not like there’s a boatload of spots, each guaranteed minimum ratings. CBS should be good.

The ratings optics though will require an asterisk from an historical perspective.

Financially, Augusta doesn’t try to milk the tournament for all its worth. Sponsors know that weather tweaks in the schedule are unpredictable so each one has no choice but to play the hand it’s dealt. One way or the other, by the end of the weekend, viewers remember each of the three advertisers, Mercedes, IBM and AT&T. There’s no major network television program of any sort that has so little ad clutter.

Jim Nantz finishes his 34th year covering the Masters today and his 32nd year as host. Three-time Masters champ Nick Faldo joins Nantz in the 18th hole tower on what should be a gripping final day.

Ian Baker-Finch will be back at the 17th hole, Uncle Verne Lundquist at the 16th; Peter Kostis at the 15th, Bill Macatee works the 14th; Dottie Pepper will be at the 13th; Frank Nobilo covers the 11th and 12th holes, and Amanda Balionis , who’s been outstanding will conduct the interviews. To date, she’s worked with confidence and has comfortably asked pertinent questions of the golfers after they finish their day of golf. (Tomorrow, Dan Mason will review the Masters telecast for this site.)

Basketball will be in full swing today with another quadrupleheader. Yesterday, three of the four road teams won; San Antonio over Denver, Orlando in Toronto and Brooklyn beat the Sixers in Philly. The two time defending champ Warriors protected their home court, knocking off the Clippers.

So here you go:

And NHL fans will have their eyes on the Tampa Bay game in Columbus. The Blue Jackets won the first two games of the series in Tampa. The Lightning had the best record in the NHL during the regular season. This is not what was predicted to happen. Then again, Columbus won the first two games over the Caps last year, before losing the next four  to the eventual Stanley Cup champs. Today’s schedule:

You might not have noticed that the baseball season has started. So if you were watching last night’s late Nuggets-Spurs game, you heard Mark Jones promote ESPN’s two baseball telecasts today:

Enjoy any and all! Should be a dandy of a day.