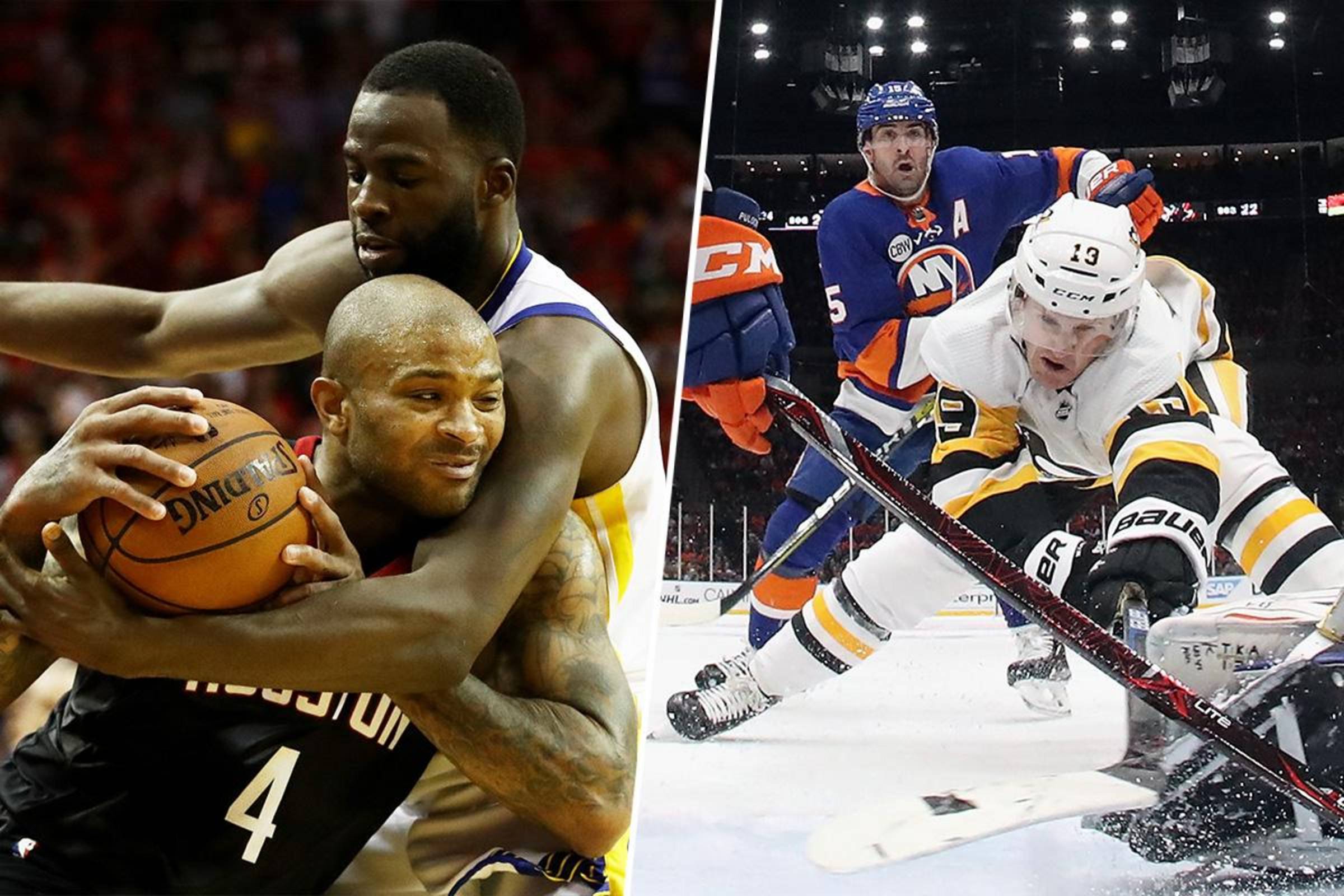 The last spots for the NBA conference finals will be determined today when two game sevens will be played, one will be on ABC Television, Portland at Denver and the other on TNT, Philadelphia at Toronto.

Meanwhile, the NHL semis continue today when Boston hosts Carolina with the Bruins up 1-0.

The schedules are just below.

All broadcasts will be called by Marv Albert, Chris Webber and Reggie Miller:

All broadcasts will be called by Mike Breen, Jeff Van Gundy and Mark Jackson