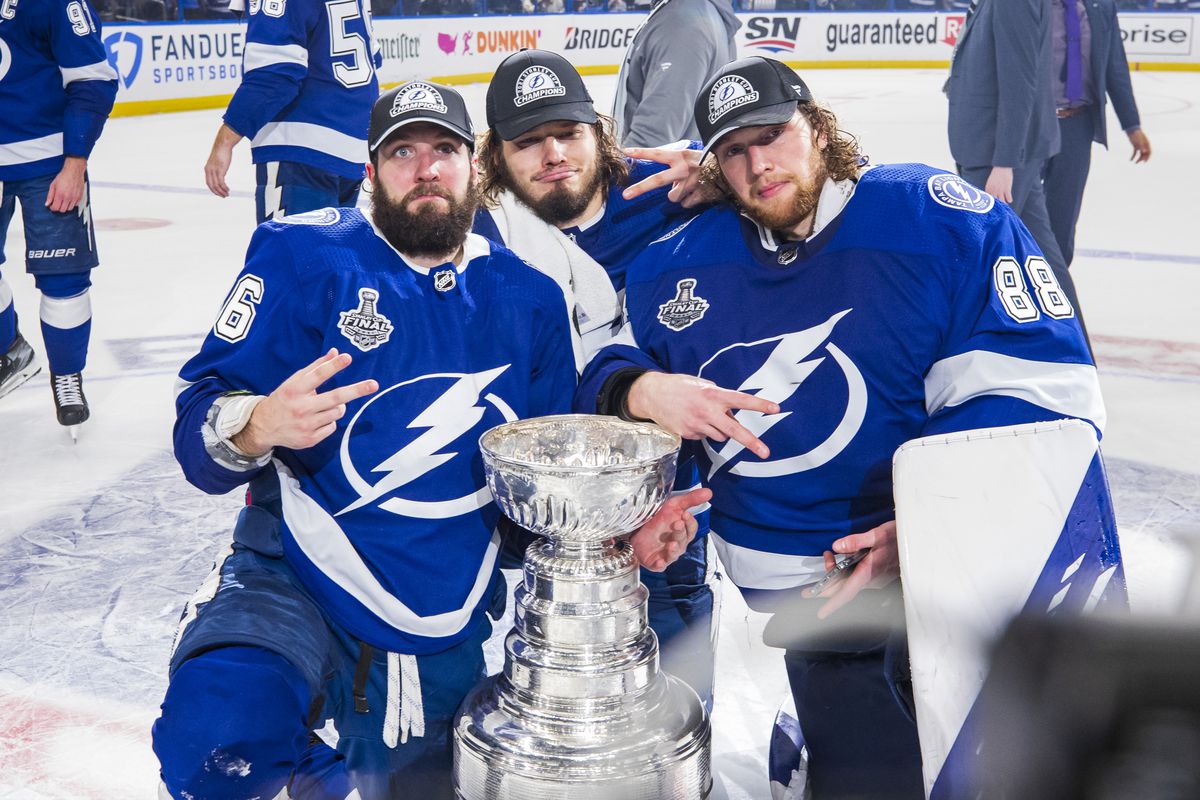 ESPN will televise the Stanley Cup Final in the United States for the first time since 2004, as it will every even year through 2028 under the terms of the current television deal with the NHL. Each game will be shown on ABC, as well as online over ESPN+.

The commentators for the Stanley Cup Final will be Sean McDonough (left), Ray Ferraro, and Brian Boucher. This will be McDonough’s first Cup Final, though the ESPN veteran has plenty of championship experience that includes the World Series, multiple Olympic events, and collegiate championships in football, baseball, lacrosse, and hockey.

This will be the first Stanley Cup on television for Ferraro as well, regarded by many as the best analyst in hockey, though he has worked two on national radio, as well as the Olympic and collegiate hockey finals. Ferraro played over 1,250 games in the NHL for six different teams and scored more than 400 goals. Boucher will work in the Inside-the-Glass role for the third consecutive Final, continuing in the same position he was in with NBC. The Rhode Islander played over 300 games in the NHL as a goalie and does fill-in television work for the Philadelphia Flyers.

The rinkside reporter will be Emily Kaplan. The Penn State alum has been with ESPN since 2017 and is an NHL writer and insider for the Worldwide Leader, as well as a regular guest on Around the Horn. This will be her first Stanley Cup Final on a broadcast. Dave Jackson, who officiated for 27 seasons in the NHL, is the rules analyst, the first time a Stanley Cup Final series will have one on-hand.

Steve Levy (below) will host on-site studio coverage. Levy has worked for ESPN for almost three decades, and was the #2 play-by-play announcer by the end of the previous TV deal. He

attended the Cup Final in an official media capacity even during the years when Disney did not have NHL rights. Levy will be joined at the main desk by Hall of Famers Mark Messier and Chris Chelios. Messier won six Stanley Cups during his career and is third all-time in total points in NHL history. Chelios, one of the greatest American players ever, won three Stanley Cups and played his last NHL game at age 48. Boucher will analyze the goaltending during intermissions. The four will also make appearances on SportsCenter during the series.

ESPN will feature extensive side programming during the Final. This will include In the Crease, a recap show on ESPN+ after each game hosted by ESPN lifers Linda Cohn or John Buccigross, and featuring NHL goalie-turned-insider Kevin Weekes as an analyst. Also on Plus, there is the daily studio roundtable The Point, hosted by Buccigross or ESPN digital host Arda Ocal, and featuring a rotating panel of former NHL coach and longtime ESPN contributor Barry Melrose, ex-New York Islanders goaltender and #1 overall pick Rick DiPietro, US Olympic women’s hockey gold medalist and Islanders studio analyst AJ Mleczko, Ferraro, Boucher, Weekes, and Kaplan.

It will cover the Stanley Cup Final in Canada for the eighth time as part of the 12-year deal it signed with the NHL in 2014. In addition to Sportsnet, the series will be simulcast on CBC, where it can be accessed in parts of the United States close to the Canadian border, as well as online through SN Now. 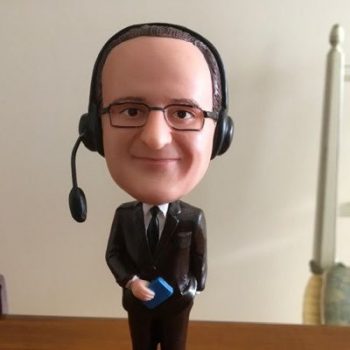 The game broadcast will consist of Chris Cuthbert (left) and Craig Simpson, Sportsnet’s Toronto Maple Leafs broadcast team. Cuthbert will call his second Stanley Cup Final, having joined Sportsnet from rival TSN in the summer of 2020. In addition to his NHL work, Cuthbert has called 21 Grey Cups as part of his long association with the Canadian Football League, as well as three Olympic men’s hockey gold medal games. Simpson will work his 14th consecutive Stanley Cup Final as the analyst. The former Michigan State star won two Stanley Cups with the Edmonton Oilers as a player.

Rinkside reporters will be 28-year-old rising star Kyle Bukauskas and former ESPN anchor and reporter David Amber. This will be Bukauskas’s third Stanley Cup Final and Amber’s third in the ice-level capacity, returning to that role after two years as the host of the secondary studio panel.

Sports USA  (Radio) will air the national radio call of the Stanley Cup Final again, renewing the one-year deal it signed last year with the NHL and extending it through the 2024-25 season.

Returning to the broadcasts are Anaheim Ducks TV play-by-play announcer John Ahlers, calling his second Cup Final, and New York Rangers analyst Joe Micheletti, who has been in that role since Westwood One brought back national NHL radio coverage in 2016. Ahlers has been with the Ducks since 2002 and has worked a partial NFL schedule with Sports USA for a decade. Micheletti, a Minnesota graduate, has been a color commentator on national television since the 1990s after a brief playing career in both the NHL and World Hockey Association.

Joining Sports USA for the first time as a rinkside reporter is Billy Jaffe, a studio analyst for the Boston Bruins and regular contributor to NHL Network.