The goal of Sports Broadcast Journal (originally Sports Announcers Report Card) is to serve a mix of announcers, executives, producers and other interested followers of sports broadcasting, podcasting, webcasting and the growing world of digital media. There is a focus on game coverage, particularly play-by-play and other popular and creative sports programming. 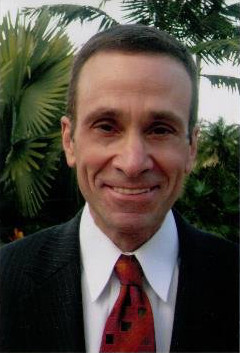 The publisher of the site is David J. Halberstam, a 40-year industry veteran who himself served as play-by-play announcer for St. John’s University basketball  in New York and as radio play-by-play voice of the Miami Heat in South Florida. He is also a respected sports broadcast historian, often quoted by the daily media. A self-described broadcast hybrid, Halberstam has held lofty positions in sales and management including Director of Sales for the  Miami Heat and Executive VP, General Manager of Westwood One Sports.

His first book, Sports on New York Radio: A Play-by-Play History, was published in 1999 (McGraw Hill) and reviewed by Publishers Weekly, Crain’s New York, New York Daily News and noted by the New York Times. It is frequently referenced by authors, newspapers and radio talk show hosts. Halby is a true student of sports broadcasting who appreciates talented announcers and has dedicated many years to studying what made their fingerprints and legacies special.

For the past nine years, Halberstam has been the principal of Halby Group, which has consulted Major League Baseball, ESPN and DirecTV, among other entities.