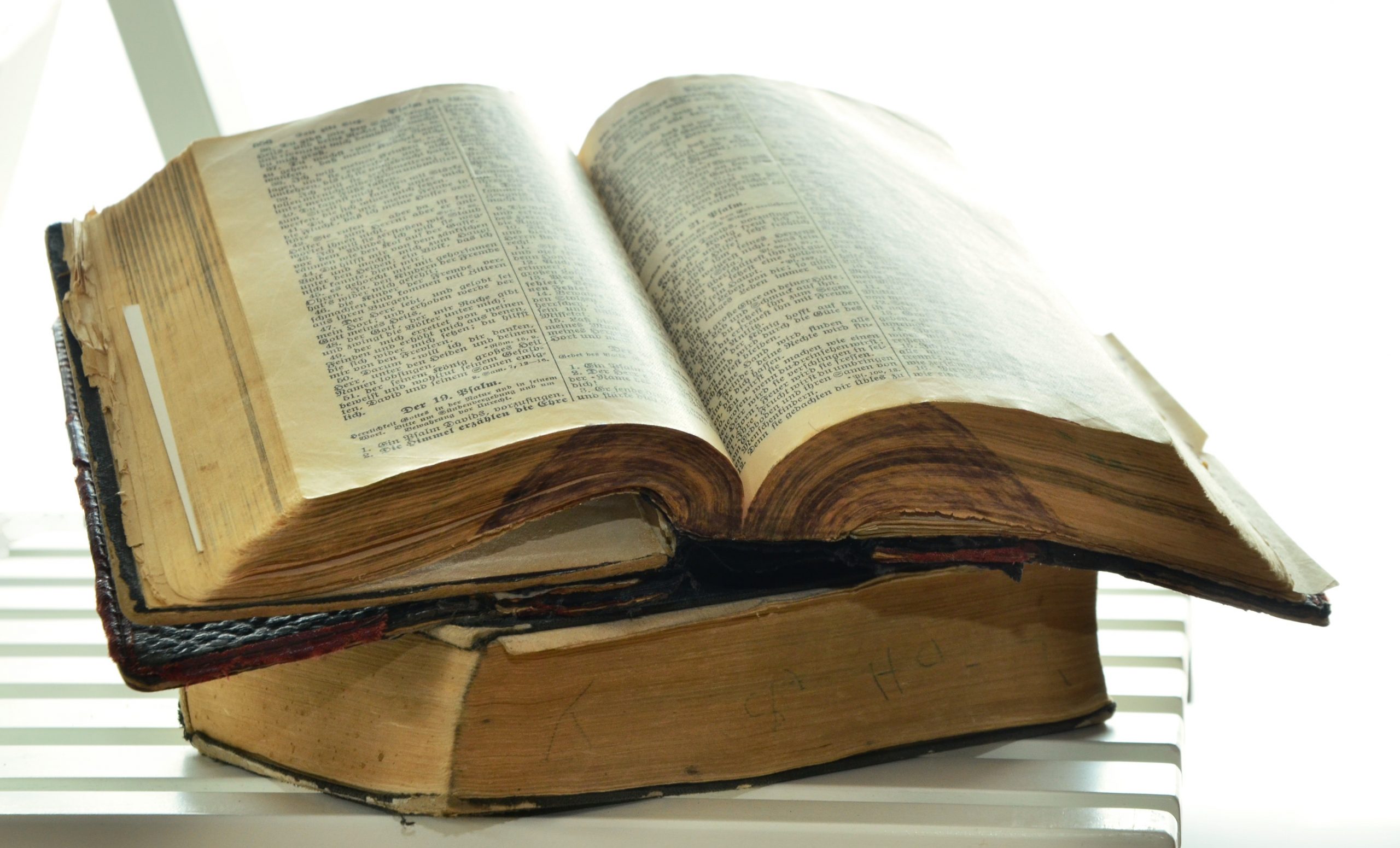 The Master Vin Scully, was never at a loss for the right phrase.

After the passing of our cherished dean, Vin Scully, I thought first, of his smooth everyday vocabulary and his magical ability to share cute stories. Most of his anecdotes were based purely on memory and a life of being a book worm. His mind was filled with gems,  collected from tomes and paperbacks, and interaction with colorful players and managers. He’d take this continuing  wealth of information into the booth and turn it when pertinent into a good punchline story. When needed, Vin would extemporize quickly and flawlessly. Behind the mic, he could, if he wanted to, be a bit of a sesquipedalian but he rarely did. After he retired, he told me that he’d poke anger at himself after using a rich word that could go over listeners’ heads. He connected best using the vernacular, the pedestrian language we hear everyday on the street. But one day when a ballgame turned lop-sided, Vin said, “The game has turned into a soporific.“

Columnist Arthur Solomon digs into the the subject of word usage and style below, be it sports on radio or TV:

When listening to the description of action in a football game, I sometime think that I am still in the Army. A long completed pass is usually described as a bomb. Rushing the quarterback as a blitz. And a bullet pass, while not used so much in recent years, dates back to the days of my boyhood.

But where proper English, meaning describing the action with primary words that accurately tell the story without the broadcaster attempting to camouflage the word  is concerned, baseball announcing is in a league of its own – the minor leagues. It’s as if some play-by-play announcers needed a PhD in Thesaurus Education to get their jobs. Some announcers strive to look for ways to describe what TV viewers plainly can see is not happening by using what they consider substitutes for primary English words, unlike the great majority of print reporters of major pubs (and almost all non-sports broadcasters) that still can make clear what they are writing about without using ridiculous synonyms for everyday speech.

It wasn’t always this way. Years ago, a hit was either a single, double or triple. A home run was described as a home run (except when it was commercialized as an “Old Goldie” or “Ballantine Blast.”) But it was still described as Joe Jane’s 20th home run before or after the commercial. A miscue by a fielder was called an error. Of course, some announcers would include in their commentary baseball talk, like a Texas leaguer for a short fly ball that fell in for a hit or pitcher’s best friend to describe a double play. But in the majority of cases proper primary English words we all learned in school and used every day was used.

Of course, even in the days when primary English words dominated play-by-play descriptions announcers would invent words and phrases to add some spice to their broadcasts. That’s okay, but they were far and few between. Proper use of English was the mainstay of being a good broadcaster and their commentary and would not have left someone new to the game scratch his or her head when the announcer would, as today, say that a batter “slapped” the ball down the third base line, when it was clearly evident he didn’t “slap” or “punch” it but hit the ball with his bat.

A few memorable phrases from the past: Red Barber, the Cincinnati Reds, Brooklyn Dodgers and New York Yankees broadcaster would describe a player’s fight as a “Rhubarb;” Vin Scully, the longtime Brooklyn and Los Angeles Dodgers announcer, coined the phrase, “You can almost taste the pressure now;” and “Open the window, Aunt Minnie, here it comes!” by Pittsburgh Pirates announcer Rosey Rowswell, who used the phrase to describe a batted ball that he thought would be a home run, followed by his breaking a light bulb to simulate a broken window if the home run occurred. 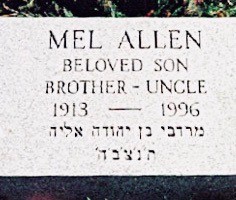 It was possible in those days for newcomers to our country and school-age children to learn proper English by listening to a baseball game or by reading a major print publication. Indeed, I would tell PR people who reported to me to read the New York Times and Wall Street Journal, and how to write concisely by reading the New York Daily News, and write like the reporters on those papers without using the jargon or excess verbiage they now hear on televised sports programs.

It’s as if some broadcasters think using primary English words to describe the action would cost the announcer his job. Today, using primary English words to describe a play has largely gone the way of the ten cents bag of peanuts at the ballpark, to listen to some play-by-play announcers. (Yankees’ announcer Mel Allen would often use the word hallmark. Gravestone to the left)

Below are some examples of thesaurus words that some broadcasters use to describe what’s happening even though TV viewers can clearly see it is not accurately describing the action.

Of all the play-by-play announcers I’ve heard, by far the worst offender is Met’s announcer Gary Cohen, who seems to think that using long established baseball terminology is equivalent to George Carlin’s seven dirty words you can never say on television. It’s as if Cohen’s trying to create a new baseball vernacular. Thankfully, other announcers I’ve heard don’t agree. All of the examples in the above paragraph are actual words used by Cohen in recent Met games.

At one time, Keith Hernandez would counter Cohen’s descriptions of a ball being “slapped,”etc. But no longer.  Still the analysis of Hernandez and co-analyst Ron Darling are, in my opinion,  the stars of Mets TV broadcasts, although occasionally when I had enough of Cohen’s thesaurus speak I mute the TV sound and listen to the superior radio calls provided primarily by Howie Rose and Wayne Randazzo, who don’t find it embarrassing to call a hit a hit.

Maybe if more play-by-play announcers would speak less and let the picture do the talking announcers wouldn’t use so much thesaurus-speak. In his August 2 tribute to Bill Russell on this site, publisher David J. Halberstam wrote, “Years later, I remember a cute line by Russell while partnering with Keith Jackson in an NBA playoff game. Russell to Keith, (paraphrasing): “I’m not going to say another word, Keith. This game is just too exciting, Let’s just watch and enjoy. It is too thrilling!” Good advice then. Good advice now.

I’ve been around long enough to remember when play-by-play announcers would use words like hit, error, pitch, ground out, fly ball, foul ball and strike out, to name a few examples, of how a play was described. And it didn’t take away from the enjoyment of the game because in between pitches announcers would import interesting tidbits about the players as well as being proficient in story telling. Today, play-by-play announcers usually recite statistics and repeat the same ones through out the broadcast.

It’s a sad state of baseball announcing when the commercials on a telecast can deliver their messages without resorting to thesaurus-speak but some announcers can’t call the game using long-established baseball proper primary words.

However, the use of proper English on broadcasts has not entirely disappeared. Non-sports broadcasters still use primary English words in their news reporting. Why some sports broadcasters feel that repeating a word is a cardinal sin is beyond me. Maybe they are under the influence of baseball players, who have their own lingo and use words like “squaring it up” instead of saying “hitting the ball solidly.”

Sports broadcasters, especially those on TV, should not have to refer to a thesaurus to tell the viewers what they can see. The great ones of yesterday and today don’t use thesaurus-speak as a crutch.

Today, it seems that the only time hits, runs and errors are used by baseball play-by-play announcers is in the game’s wrap-up. And for some play-by- play announcers using primary words to describe the action is an error.

I’m reminded of the story of Byrum Saam coming up with 86 different ways to say, “Here’s the pitch.” Considering how bad the Phillies and Athletics were when he did his games, it’s understandable that he wanted to give fans a diversion–and himself!

The thing that’s interesting about Vin is that he didn’t really coin phrases–he said they just came out. Red worked at it, and it worked for him.