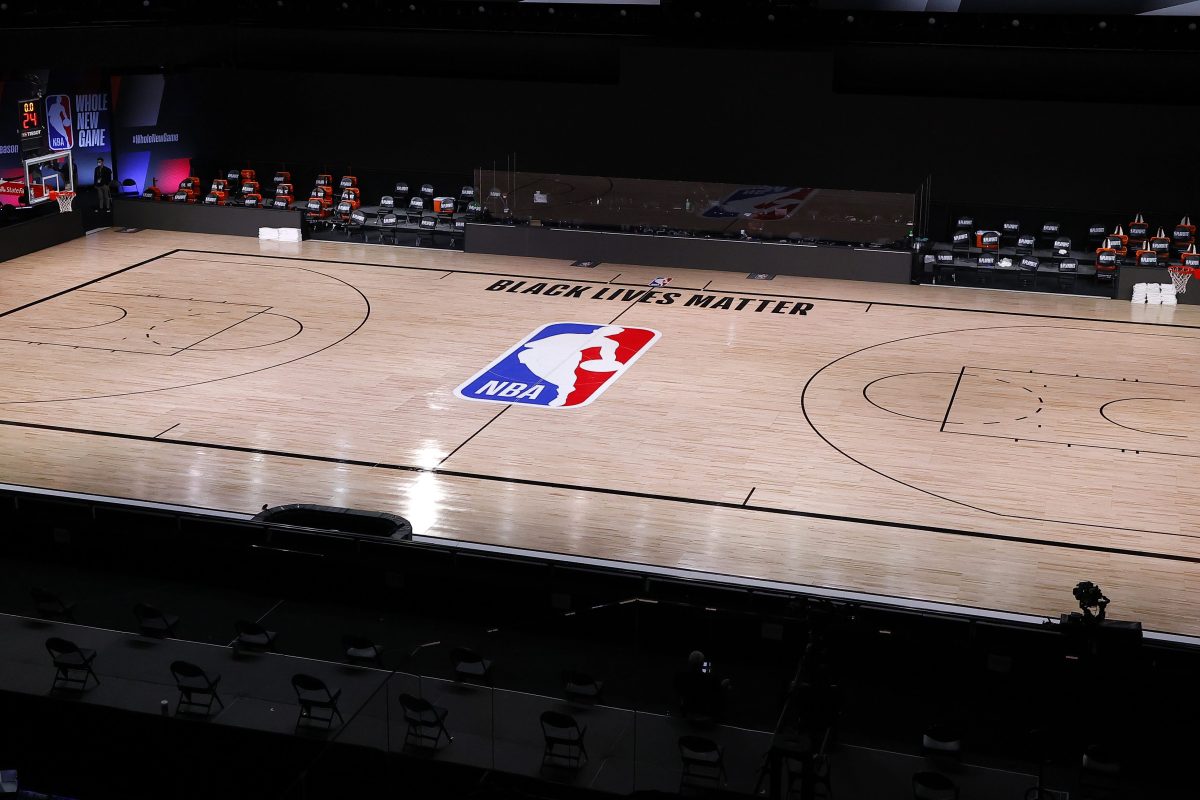 Television ratings for the NBA playoffs are down. SI’s headline number last week was 30%. For instance, ABC’s first playoff game of this season fell 23 percent in ratings and 21 percent in viewership when juxtaposed against last season.

Now sports competition will stiffen. The NFL is about to begin and that’s going up against the juggernaut. Instead of getting deeper into the numbers, let’s look at why the decline :

The lack of fans was a hand dealt to all sports. But at least football, baseball, hockey and golf are played in familiar homes and under natural settings. The virtual or animated fans are creative and cute, but they’re not fooling anyone. They’re manufactured and fabricated.

Let’s be frank. The setting in the Bubble is lifeless. The playing facilities lack flair. They’re as dark as a disco or a bowling alley. They’re as dim as a casino. Worse, they lack the grunting and exulting. There’s something glaring missing.

Despite the meticulous and diligent preparation by the NBA to build a perfect mini-arena in a village secure of contagions, the backdrop suggests that the designers might have had the wrong specs. The place is stark, bleak and uninviting, hardly conducive to spirited and heart pumping NBA playoff basketball.

Viewers don’t say to themselves, ‘Wow, I wish I was there. The place looks full of life.’ It isn’t!

3-Black Lives Matter’s messaging is a viewing deterrent to some, among basketball’s global audience

The NBA took a needed and calculated risk, whether out of pragmatism or conviction, to allow players to wear social justice messaging on their uniforms. The players are a more powerful group today than they’ve ever been. The owners have made them multi-millionaires. Quite a few of the top paid stars in the league have smartly invested in businesses and grown them. They’ve also partnered with Fortune 500 companies, affording themselves tentacles and messaging opportunities to reach the masses. Unlike a generation ago, corporate CEOs today are more liberal.

The players have been empowered by their own successes, a credit to each one individually. Unlike Russell and Chamberlain of yesteryear, the owners can’t ignore the stars. So the league, whether you agree or not, has opened the floodgates.

But face it. There are lots of people in America who don’t agree with BLM politics. (In July, conservative Fox News was the most-watched cable news channel, according to Nielsen Media Research.) There are others who might endorse BLM but don’t want to shoulder weighing the political divide each time they watch a game. The political spectrum is filled with extreme views on both ends. Rudy Giuliani recently asked President Trump to declare BLM a terrorist group. There are those who might agree, basketball fans included. Are they driven away from watching the games? There are those who are.

Sports on TV is a diversion from everyday headaches. Watching the NBA through an overarching political lens is a deterrent to quite a few. BLM’s bold signage on NBA telecasts hits viewers wherever their eyeballs go on the screen. (I’m not taking a political point of view, just looking at the ratings from a broad objective perspective.) I’m sure that the league considered all the ramifications and acquiesced to the players nonetheless.

4- Neutral floor away from teams’ hometowns

Perspiration in the Bubble is insipid. It can’t replace the yelling, screaming and emoting of vocal fans in home buildings.

The NBA post season is somewhat of a journey. This year there’s no home court embrace and the spirited engagement in hometown cities is tempered. These factors don’t help ratings.

The Clippers and Lakers might very well play in the Western Conference playoffs. But both Los Angeles teams are playing 2,500 miles away, in Orlando. The distance and separation won’t help promote a buzz in SoCal. All the participating playoff teams face the same challenge.

Think about local TV stations covering the arena on the night of playoff games interviewing fans, showing vendors hawking t-shirts outside the building and talking about the traffic build-up headed to the game. All this leads to a sense of community. Through no fault of the league, they’e all missing.

Here in Miami, I’m hearing as much about who’ll start at quarterback for the Dolphins as I am the Heat in the playoffs.

How does that line go? You can’t make a steak out of chopped liver. There’s just so much that can be done in a confined setting.

Eye-popping dunks or defying blocked shots generally trigger thunderous responses. It’s passionate rooting that galvanizes viewers. When the games began in the Bubble, the experience was lifeless. To those watching, it might feel like a a virtual hug or attending a class online. They ain’t the same.

The TV voices in the arena are separated by what looks like bulletproof Plexiglas. Everything seems so distant, removed and sterile. (The one thing I do like and hope the NBA keeps is having the referees address the announcers and fans at home, explaining details of replay reviews. The NBA is the last of the four major sports to do so. It took a pandemic for it to finally happen.)

6- Keeping track of the schedule

In addition to the fact that the NBA has never played in August or September, it’s impossible to keep track of the playoff schedule. It’s fluid, complicated by the delay due to the players’ self-imposed moratorium. Near midnight yesterday, the NBA announced when game #2 of the Miami-Milwaukee series will be played. It leaves little time for viewers and the masses to plan accordingly.

Those out of work are watching millionaire players get special treatment on regular testing for the virus. It’s a privilege that might be considered unacceptable by a segment of the population.

The qualifying games were a radical change from the past. Not everyone got it. Take Phoenix. The Suns won every game in Orlando but didn’t make the playoffs because Portland beat Brooklyn. It was strange and fans seemed confused.

How long ago was it that ESPN honcho Jimmy Pitaro almost fired Dan Le Batard for criticizing President Trump. Talk show hosts and others weren’t able to delve into politics. It was completely off limits. Do so and you’re out. Funny how that changed in a hurry.

Now the two subjects are comfortably intertwined on-air, but with limitations. Say all lives matter, not just black lives matter and you’re gone goodbye. Even if there were no ill intentions or no history of bias by the one who said it. From Pitaro’s standpoint, he had to respond to the reality of the pandemic and police brutality. The world has changed precipitously overnight.

But fans might just be tired. They want an escape from Fox, CNN and MSNBC. Are they getting it from watching the NBA? Not sure?

Dress for the occasion. Your Sunday best is reserved for the playoffs.

Custom made suits and shirts are the accepted attire. Pat Riley and Chuck Daily were always primped and preened. It added to the elegance of the overall setting.

Dressing in jeans and golf shirts is more suited for a mid-season practice. It’s hardly the sartorial splendor reserved for a playoff run.

I asked one individual very close to David Stern how the late commissioner would have handled the league’s response to the pandemic and the racial protesting. He said, “I don’t know but I’m glad that he didn’t have to.”