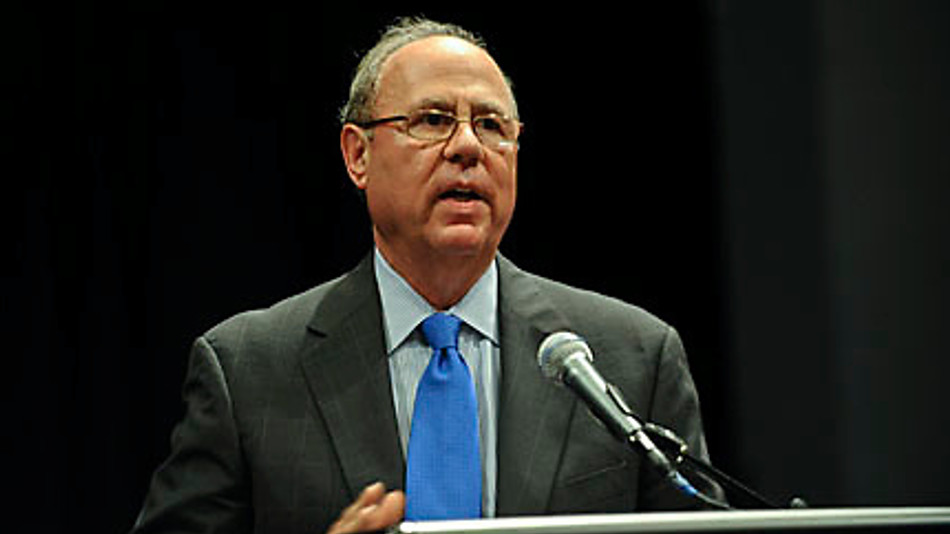 Behind every popular on-air anchor is a decision maker with a keen eye.

Al Jaffe, not to be confused with the cartoonist Al Jaffee, was a key architect of ESPN’s explosive growth. Before arriving at the network in 1987, his behind the scenes background was rooted in news; a producer at television stations in Boston and a news director at outlets in Sacramento and San Jose.

As ESPN’s Vice President, Talent Negotiation and Production Recruitment, Jaffe hired many who’s who of sports broadcasters; voices and faces still so recognizable today. Al himself grew into public prominence, when for three years, beginning in 2004, he served as one of the judges on ESPN’s primetime crucible, Dream Job, where budding anchors auditioned live for on-air roles.

In our Q&A, Jaffe, who retired after 28 years in Bristol, reminisces about decisions he made, the professional lives he touched and the future of ESPN.

Jaffe is a 1968 graduate of Emerson College in Boston where he is still very connected as Co-Vice Chair of the Board of Trustees. The college also established the Al Jaffe Speaker Series in Sports Communication, calling on Al to use his connections with industry leaders to head up a yearly forum for give and take between them and interested students.

You spent 28 years at ESPN (1987-2015), a period of radical transformation for media in general and ESPN in particular.  Looking back at the paramount changes, which surprise you the most?

There have been several things that have surprised me but that probably means either I’m easily surprised or I’m not Nostradamus.

I never thought cord cutting would be as widespread as it has become. I thought it would’ve leveled off by now.

I was surprised talent costs went up as high as they did. I understand why it happened…new networks trying to obtain instant legitimacy and credibility by luring away established personalities…. but I never thought salaries would surge as high as they did. Some of the recent talent layoffs were the result of overpaying by networks desperate to keep their key talent and other networks trying to recruit talent from competitors.

Rich Eisen dubbed you “The Kingmaker” because of your power to make or break careers. Who were some of your best hires at ESPN?

This is a difficult question similar to who’s your favorite child. Three that stand out are Robin Roberts, Stuart Scott and Mike Tirico. Each of them had tremendous work ethics and improved their performance every year of their career. It was fun to watch them grow and develop and I’m proud of each of them.

What made SportsCenter’s combination of Dan Patrick and Keith Olbermann so popular?

Keith and Dan had amazing chemistry and energy. Their shows were truly the golden era of SportsCenter. They each had a defined style that was original and genuine. Keith was and still is in my opinion one of the best writers to ever work in television journalism and not just in sports as we saw during his time at MSNBC. Dan was and still is one of the best interviewers in sports. Listen to his radio show now and you’ll get a tutorial on how to ask questions that advance the story and obtain information from the interviewee that is revealing and fresh.

As a former local news director, it did surprise me. I thought the same amount of time would be devoted to sports on local stations but that the content would change. I thought there would be a much bigger emphasis on high school sports, features on local athletes who participated in minor sports, etc. but I also thought they would still have to cover in depth the local college teams. The other night I was shocked to see a local affiliate in Connecticut where I live simply put up a graphic with the scores of UConn men’s and women’s basketball games. The men’s team is not having a great year and the women’s team is having one of their typical undefeated seasons. Nevertheless, there were no highlights of either game.

In negotiating with broadcasters’ agents, which of their tactics annoyed you the most?

I hated when an agent delayed and waited until the last minute to come to agreement. More often than not, we could’ve concluded negotiations on the same terms three weeks earlier. Another pet peeve regarding agents was bad communication with clients. There were a number of times when it appeared a negotiation was not going to end up in an agreement. I would see the talent in question in the hallway and say something like, “Sorry, it looks like we may not be able to get this done,” and the response would be “WHAT!!??” The client had no idea what kind of progress the agent was making. All that said, I had mostly excellent relationships with the agents with whom I negotiated. Some of them are still good friends even though I’m retired now.

News and sports anchors are chattier on the set than they ever have been? Why?

Local news consultants typically recommend that it’s important for the audience to relate to the anchors, sportscasters and meteorologists. The more the viewers get to know the talent, the more they will think of them as friends or part of their family and that will translate to loyalty to that station’s news product. Banter and chit chat helps make that happen. If a viewer knows that the sportscaster, for example, went to Ohio State because he or she always jokes with the news anchor about the OSU score, that will be one more interesting bit of information that translates into “Brian isn’t just a sportscaster. He’s someone I know…someone I like…”Admittedly, this is probably much more effective with older demographic viewers than millennials.

If you look into your crystal ball, where do you see ESPN in 10 to 20 years?

I see ESPN still as the dominant sports content provider with ESPN Plus (the new streaming service that will be part of the redesigned ESPN app) containing more and more of the network’s content as cord cutting continues. I also think hard hitting journalism (investigative and breaking news) will always be an ESPN staple.

It is said that when interviewing job applicants, whether for entry-level production positions or for on-air anchors, you asked some granular questions like ‘name the backup catcher for the Royals.’ You started doing this in pre-digital times. With information readily available today online, would you still pose such questions?

This is somewhat of a myth. I rarely asked potential employees sports trivia questions. What I did ask were questions whose answers made the applicant think and revealed how deep their sports knowledge was and gave me an insight into how verbal they were. For instance, I might ask “Let’s pretend you’re Dave Dombrowski, the General Manager of the Red Sox. It’s free agent season. What are team’s strengths and weaknesses?What’s your plan for the team?”There are no right or wrong answers but you get a deep understanding of the candidate’s thought process as well as how much he or she knows about sports. I would generally ask someone from the east coast to talk about a team that was west coast based and vice versa. Everyone knows about their home team but it’s harder to talk specifics about a team you don’t see every day.

How would you counsel budding sportscasters differently today, from the way you did when you started at ESPN almost 30 years ago? What should they study in school?

Because many smaller and medium market stations now require their on-air talent to shoot and edit their own footage, I would counsel those people to learn those skills in school and as part of their internships. Also, they should be prepared to write stories for the station’s website. That style of writing will be different from broadcast writing so young journalists should make sure they learn how to write for both broadcast and print (now digital).

Your live on-air auditions, Dream Job, a dozen or so years ago, gave you on-camera visibility. What did the program accomplish and of those who won auditions, name a few who have excelled?

I think Dream Job really taught the audience just how difficult it is to be an on-air sportscaster or reporter. Before the show aired a lot of people would say to me that they were huge sports fans and they were sure they could anchor on SportsCenter. After season one it was a different story. Viewers would approach me and say something like, “Wow, I didn’t realize how hard it was to do what the SportsCenter anchors do!”