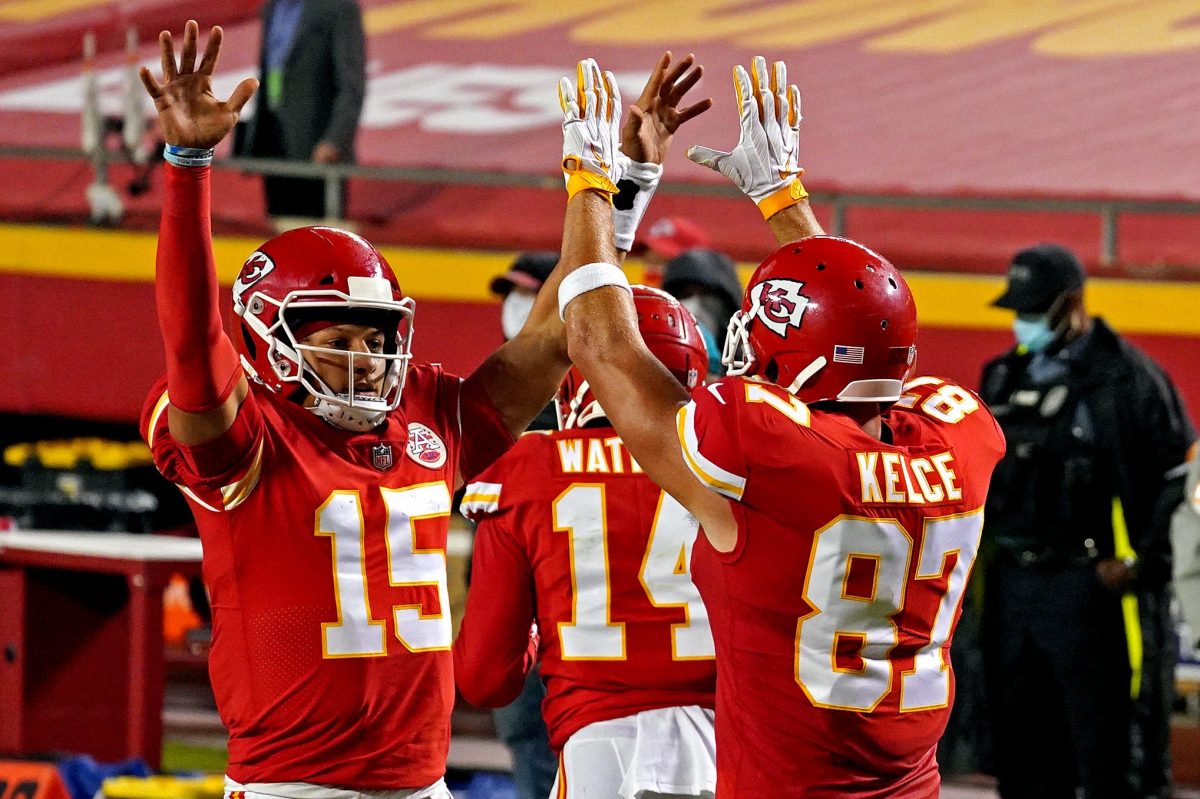 The NBA playoffs got down to the business of playing this week and the talkies got down to talking basketball. Player performances, who will win it all, exceptional rookies and the coaches carousel consumed the week’s social media feed.

NFL  teams have been trimming rosters, adding players and extending contracts left and right. In just one week, there was news of $335 million worth of contract extensions involving just three players! Last night, the season kicked off and the Houston Texans fell to the defending Super Bowl champion Kansas City Chiefs, 34-20. So the 2020-2021 NFL season is officially here!

While social injustice has been the main non-playing topic in the NBA bubble, college football players came together on the first College GameDay of the season to discuss matters with Maria Taylor. Their round-table discussions ignited a flame under ESPN’s Kirk Herbstreit who delivered an emotional speech on the set. His words caught the attention of the show “Good Morning America” and Taylor made an appearance to talk about how much it meant to her.

But through it all, it was Fox’ Skip Bayless who made the news.

Here are the week’s highlights: 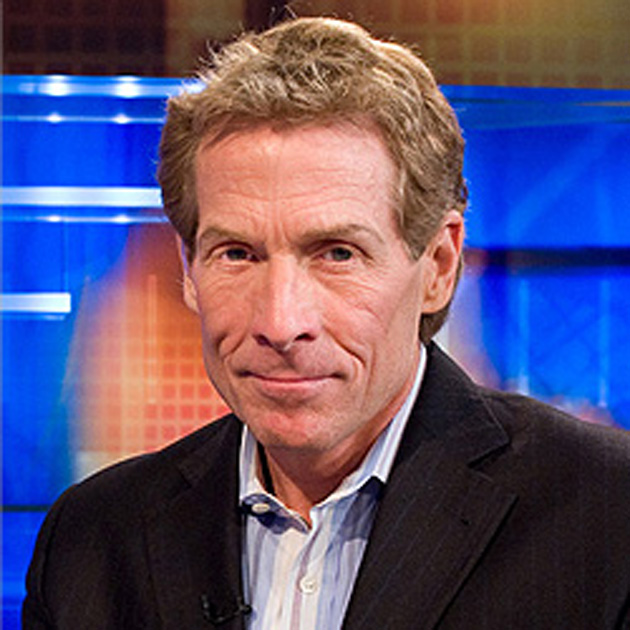 Dak Prescott opened up about his mental health battle following the death of his brother Jace. Dak said its caused him to suffer depression and anxiety. Bayless, acknowledging the seriousness of the condition, maintained on his show, that as an NFL quarterback, he has to rise above it and play football.

Skip’s statement caused uproarious anger among fans and critics. His employer Fox had to step in and issue a statement. “At Fox Sports, we are proud of Dak Prescott for publicly revealing his struggle with depression and mental health. No matter the cause of the struggle, Fox Sports believes Dak showed tremendous courage, which is evident in both his leadership on the Dallas Cowboys and in his character off the field. We do not agree with Skip Bayless’ opinion on Undisputed this morning. We have addressed the significance of this matter with Skip and how his insensitive comments were received by people internally at Fox Sports and our audience.”

Kellerman had lots to say this week on his show First Take and on social media.  He began by welcoming legendary Dodgers baseball broadcaster, Vin Scully, to Twitter. The 92 year old icon embarked on a new social media journey launching a new account last week.

The usual basketball and football talk was put aside when Kellerman interviewed WBC boxing heavyweight champion Tyson Fury. They addressed his knockout win over Deontay Wilder in February after a split draw in 2018. They’ll be meeting for a third time in December in Las Vegas. and how he continued to maintain his title for years to come with newcomer competition on the rise. Kellerman also covered James Harden’s performance in game 7 against the Thunder and how Harden’s “reputation was on the line… and he saved it.” (Houston ousted OKC.)

Kawhi Leonard was his next talking point on the show and clips of Kellerman calling Leonard “the best player in basketball” after the Clippers defeated the Nuggets in game 3. Later, Max told co-host Stephen A. Smith that “LeBron’s not the best in the world because… nothing is settled until he confronts Kawhi, because Kawhi is the reigning and defending champ.”  If the Lakers and Clippers do meet one another in the Western Conference Finals, Kellerman will definitely have something to say.

Tafoya retweets feel-good content to make people smile. This week was no exception.

She started the week by sharing ESPN’s video of Fred VanVleet’s daughter happily smiling and saying “I love you, Daddy” while watching him play in the NBA Bubble. Later, the Sunday Night Football crew came together and shared their Kentucky Derby picks. Tafoya, agreeing with Cris Collinsworth, projected #17 Tiz The Law as the winner of this year’s Derby and added the fun pun “Tiz obvious” to certify her pick. They were wrong as were others. Authentic won.

She urged her followers to send a birthday letter to Lawrence Brooks, the oldest Living World War II vet in The U.S. as He turns 111. It garnered a response from Mike Golic, former ESPN radio personality, and Bill Curry, retired Division I college football coach. They both thought it was a great idea to honor this special man on his birthday and wished Tafoya well in their comments.

As the week concluded, Tafoya was interviewed in an article about sideline reporters not being allowed to report from the field due to social distancing. She retweeted the piece by Richard Deitsch in The Athletic with a photo of the binoculars (from the London 2012 Olympic games she covered). Because of the social distancing, Michele will be unable to roam the field. So for the first time, Tafoya will bring binoculars with her for football assignments.

There was no better way for Cowherd to start the week than to ask his followers whether he should shave or keep his beard for Monday’s show. He included a selfie. He sparked controversy when he later tweeted about how “sports is an escape” for some people followed with “if your life needs regular escaping — maybe some of that shit is on you.”

When Leonard Fournette signed with the Buccaneers, Cowherd called it a gift to Tom Brady that shows their commitment to him. Later, he said Brady’s former team, the Patriots, is not a good team. He projected a six-win season for New England and that people would yell at him for this comment. Cowherd closed the week with a bang calling the NBA “a joke” that “treats coaches like shit.” He stood up for Oklahoma City Thunder coach Billy Donovan saying he was “arguably coach of the year” and doesn’t quite understand why the Thunder didn’t pursue an extension.

Taylor had a busy week on social media. It began with her retweeting many of the NBA’s biggest stories, including the hiring of Steve Nash to coach the Brooklyn Nets and Ja Morant winning 2020 NBA Rookie of the Year.

She created a segment for the season premiere of College GameDay that features a “players-only round-table discussion” about social justice and how athletes are using their platforms to inspire change. The segment aired last Saturday and previews are all over Taylor’s Twitter feed.

With the continuing coverage of the NBA playoffs, Nichols’ social media engagement continued to be constant and in full swing. When Ja Morant won 2020 NBA Rookie of the Year, Nichols echoed her support for the 21-year-old Grizzlies player and even admitted to voting for him to take home the title.

She reminisced about an interview she had with Morant last month and how when most people were riding high on Zion Williamson, he said, “‘I’m always taking me.’” Smart guy.

When it was announced that Doris Burke would be a game analyst on ESPN Radio for the NBA finals, Nichols publicly congratulated her over Twitter and said she’s excited but nervous to fill in for her on the ABC telecast.

As the week came to a close, Nichols filmed a segment for ESPN that featured not players, not coaches, but the referees and posted it online! She highlighted what they have been doing during their free time in the bubble and it is none other than pickleball. You can see this interview, and live clips of the referees’ pickleball performances on her Twitter feed and ESPN.com.

Contract negotiations, trade agreements, and roster cuts led the way for Schefter’s busy week on social media. It started with the Washington Football Team letting go of running back Adrian Peterson. It was later reported by Schefter that Peterson signed with the Detroit Lions for the upcoming NFL season.

Schefter broke the news of Mitchell Trubisky (Chicago Bears) and Cam Newton (New England Patriots) being appointed as starting quarterbacks for their respective teams. Meanwhile, Schefter informed his followers of record-breaking contracts for Texans QB Deshaun Watson ($160M, 4-years), Bills CB Tre’Davious White ($70M, 4-years), and Rams’ DB Jalen Ramsey ($105M, 5-years). In his Twitter feed you can find the roster changes and moves made by all 32 NFL teams as they cut their number of players down to 53 before the beginning of the season.

With regards to COVID-19, Schefter tweeted that players will not be allowed in team training facilities the day after games but coaches and front-office members have access.

An injury sustained by Broncos’ LB Von Miller, caught the attention of NFL reporters and fans across the country. Miller suffered a tendon injury in his ankle that Schefter says “will require what is likely season-ending surgery.” A cover of Celine Dion’s “It’s All Coming Back to Me Now” sung and lip synced by NFL stars, fans, and reporters, spectacularly appeared on Schefter and ESPN’s Twitter feeds. You can see your favorite NFL athletes singing Celine Dion here!