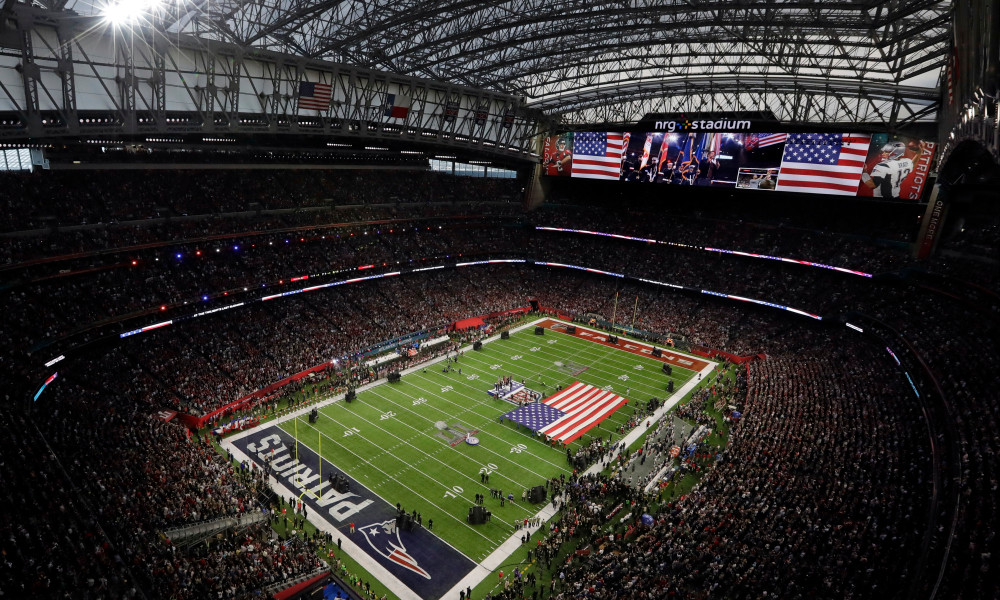 Welcome to my snarky Super Bowl review and why I will never be hired by Sports Illustrated or the Walla Walla Penny Saver. Congratulations to the Philadelphia Eagles, beating the New England Patriots 41-33, although since Robert Kraft, Tom Brady, and Bill Belichick voted for our current president, the White House will tell you there were two replay calls overturned and the Patriots won 33-27.

Considering upwards of 100,000,000 people watched the game it’s remarkable how comfortable and commanding Al Michaels was.   He’s the Tom Brady of sportscasters if Brady didn’t fumble.   Michaels calls a great game, knows how to build the drama and make the memorable highlight calls, is articulate, witty, armed with a million interesting nuggets and uses only the best eight, and most amazing of all — he somehow knows the NFL rules.   NOBODY knows the NFL rules, not even the NFL.

The game was held indoors in Minnesota at the gleaming new U.S. Bank Stadium (former site of the world’s largest jello mold, the Metrodome).  They said at game time the outside temperature was 2 degrees but felt like -13.  I’m sorry but if it feels like -13 degrees it IS -13 degrees.

As always, there were seventeen hours of Super Bowl pre-game coverage.  Usually the sitting president does a folksy sit down interview.  Not so this year, since our Commander-in-Chief hates NBC, the NFL, Minnesota (blue state), winter, and later as the commercials unfolded – Toyota, Coke, and T-Mobile.    He hated the Toyota spot so much he wanted to deport sideline reporter, Michele Tafoya (confusing her name with Toyota).   By the way, it was nice to see Michele not in a parka for a change.

Leslie Odom Jr. (Aaron Burr for you HAMILTON fans) did a stellar job with “American the Beautiful” and Pink absolutely crushed it singing the National Anthem, especially since she was recovering from the flu.   Seeing her with short hair and that outfit I couldn’t help thinking SHE’S who should have starred in PETER PAN for NBC.

All the players stood during the National Anthem, but all the people holding that giant flag were taking a knee.

Then there was a flyover.  Why do a flyover over a domed stadium?

Once the game began and the Joe Buck haters retreated to their basements because there was nothing to Tweet, things immediately got interesting.  As Al Michaels said, this was a great game from start to finish.  There was more defense in the Pro Bowl.

Some random observations from here on:

Super Bowl Sunday is the second largest food consumption day in the U.S. Tied for first – every Jewish holiday (except Yom Kippur).

Don’t you hate it when you buy two squares for the pool and get the numbers 2 and 5?   Well it was looking pretty good when it was 15-12 Eagles.

It’s time to do away with the Roman Numerals already. We’re at the point where only Spartacus can figure them out.

Oh boy. The wait is over. A STAR WARS movie is coming. Finally!

For the most part the commercials were very uninspiring this year.   And confusing.  Peter Dinklage lip-syncing a Busta Rhymes rap for Doritos?  Huh???   Ancient Vikings in a truck singing Queen?   What???  Keegan-Michael Key was in a Rocket Mortgage spot translating Millennial-speak.   We could have used him to translate fifteen other commercials as well.

Patriot Brandin Cooks took a vicious hit and was out for the rest of the game.  At one point Michele Tafoya (still in the country I’m pleased to say) reported he had a head injury but not necessarily a concussion.  Huh????  So that means what, his hair was falling out?    The NFL continues to put a good spin on the brutality that endangers the lives of its players.

On the other hand, the NFL did produce the best commercial of the night – Eli Manning and Odell Beckham Jr. recreating dance scenes from DIRTY DANCING.   Considering Manning was 3-13 this year, he might consider giving up football for the road company of KINKY BOOTS.

The Pats missed two PATS.  There were a lot of botched kicks.  What direction was the air conditioning blowing?

The E-Trade spot showed all these 85-year-olds.  I thought I was watching CBS.

You know there are not a lot of big celebrities in the crowd when they show Mike Trout three times.   At one point I think I might have seen WJM’s Sue Ann Nivens.

Al Michaels was pin-point accurate calling the game but did have trouble keeping team names and sports straight.   He called the Los Angeles Angels the California Angels (although to me they still are), the Lions he called the Pistons, and Eagle fans he called Phillies fans.  I guess that’s what happens when you’re the best announcer of every sport.

There was a technical snafu.  NBC broke for commercial and went to 20 seconds of black before bailing and going back to Al and Chris.  That must’ve cost the Peacock $10,000.000 in missed commercials.   The guy who pushed the wrong button might’ve been the same guy who sent out the false missile alert in Hawaii.

I’m only sorry the blackout didn’t occur when the Febreze “shit doesn’t stink” ad was scheduled to run.  That was maybe the worst, most tasteless Super Bowl ad ever.

Second worst this year was Dodge Ram using Martin Luther King Jr. for its voiceover.   Next year I fully expect to hear Mother Teresa for Febreze.

Cris Collinsworth always does a solid job of analysis, and he’s not afraid to speak his mind.   He felt that both of those replay calls should have been overturned.   So did our president, which is why Cris Collinsworth will be the next Attorney General.

Here’s something I didn’t know:  the two products football fans crave the most are beer and laundry detergent.   There were more Tide and Perisol Pro-Clean ads than Ford and Chevy.

Nobody watches the halftime analysis.

The Pepsi commercial saluted every generation except THE “Pepsi Generation” from the ‘60s.  Where was Joanie Sommers?   (And when will you ever see Joanie Sommers and Brandin Cooks in the same article?)

I’m sorry but every Super Bowl Halftime show is now the same.

Not much suspense.  Everyone was hoping Janet Jackson might return to flash her other nipple, but instead we got Justin’s greatest hits and a Prince tribute that  felt very disingenuous.   Prince fans remember that Timberlake dissed him publicly on several occasions.  Other people are peeved that he was in a Woody Allen movie.  And still more felt cheated they didn’t at least see his nipple.

Sorry, but the best musical act of the night was Pink.

Finally, the Red States and Blue States, Patriot or Eagles fans all came together to hate something — The Scientology commercial.

As much as I love Al Michaels I do have to say I missed Dick Enberg.  And I bet Al would say that too.

The laughing robots you saw in that ad attend WILL & GRACE tapings and that’s who you hear laughing every week.

Late in the game they kept cutting to Gisele Bundchen, Tom Brady’s wife with their child, and it looked like she was hastily calling airlines to get the hell out of town.    After the fumble, reading lips, I thought I heard her say: “Anywhere!  Cuba?  Sure.”

I sensed a real chemistry between Martha Stewart and Jack from Jack in the Box.  I know NBC wants to do a reboot of MAD ABOUT YOU.  If they can’t sign the original cast…

Now that the game is over our sports sections can finally focus on fishing!

Super Bowl LXIIXCXXICCIL was a great game.  Other than one glitch, NBC produced an excellent broadcast, the team most people wanted to win did win, but at the end of the day, I have to wonder:  Did more people Tweet about the Super Bowl or Kylie Jenner’s pregnancy announcement?

I was astounded by how many times Collinsworth called play action passes RPO’s. There’s are distinct differences.

Michaels sounded so disinterested from the very beginning and made numerous mistakes……….he’s usually very good but had a lousy night.

Take the first and last paragraphs of this column and don’t waste your time on the rest. Staying obscure for sure!