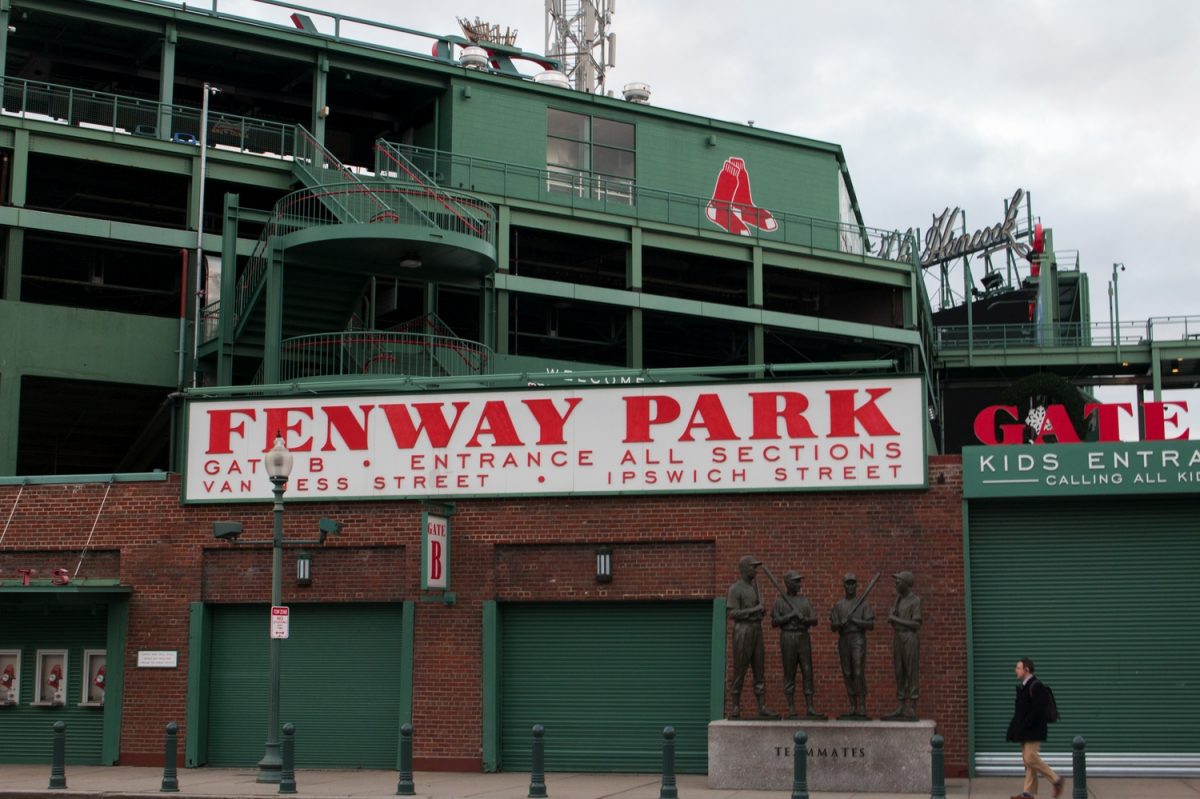 Red Sox radio has been a heated subject of conversation recently

Boston Red Sox’ CEO Sam Kennedy has sports radio in his blood. After graduating Trinity College, he interned with the Yankees, then worked in the sales trenches for a couple New York stations, WABC and WFAN. Kennedy gets radio, its passion points and he appreciates its long heritage. Sam didn’t rise through the ranks as a gremlin in the accounting office.  A 45-year-old Boston native, he listened to Sox radio when he was young.

Kennedy essentially told me this week that he will not allow WEEI to drastically change the format by which Red Sox baseball is presented on radio. “We have a very good partnership with the station. Yes, WEEI has the right to hire the announcers. They negotiated those rights as part of their deal. Yet we have final approval. It’s our product. They’re now going through a thorough search. Station management will review its plan with us before we sign off on it.”

Last summer, Sox announcer Tim Neverett says that he was told by WEEI that it planned to tinker with the accepted decades-long framework by which baseball is presented on radio. It was clear to Tim then that WEEI planned a nuanced play-by-play presentation, more redolent of talk and conversation; one that encouraged the announcers to engage in chit chatty exchanges. The topics of conversation during the play-by-play would as such be broadened in scope; from subjects pertinent to the game to those tangential or extraneous.

Tim’s clear understanding of his dialogue with the station was that he would not fit in and that he should begin to circulate his resume. In other words, keep an eye on what other baseball jobs are out there. It gave Tim a head-start. The Dodgers were planning changes with their on-air personnel and it was announced this week that Neverett is joining the club’s broadcast team.

All Kennedy would say about Neverett is, “We have a good relationship with Tim and wish him all the best. They (WEEI and Tim) were unable to work out a deal.” Neverett did Sox games with veteran Joe Castiglione for three years and the duo was embraced by fans in New England.

While no one is saying anything overtly, there’s a sense that the station and perhaps the club is thinking long term, looking for a fresh voice who can succeed Castiglione, 71, when he retires. Castiglione’s voice has been wafting from car speakers and New England picnic sites for four decades. He’s been part of the Sox broadcasts since 1983 when he joined Ken Coleman in the team’s hallowed booth. In 1992, Castiglione was promoted to the lead role.

In other words, Joe is an institution in Boston. His laid-back style, friendly demeanor and unhurried broadcasts are part of the area’s baseball tapestry. Next season will be his 36th with the club. He’s still hale and has a spring to his delivery. I’m not sure he’s thinking retirement yet.

“Things are wide open,” Kennedy said. ”I know that there’s been lots of talk about the announcers and the format going forward. We’re keeping an eye on it. WEEI might present a three-man booth to us, different talent, different features or a slightly different format. Yes, the station might want to appeal to a newer and broader audience but I can assure you that they keep us in the loop and that the game will remain first. It won’t be a talk show.”

The station occasionally produces edgy programming and will likely want to spice up the game presentation uniformly. But balancing those goals is a difficult challenge, given the comfortable sound that Castiglione brings to the booth, the tradition of Sox fans and the emphasis the team is insisting that the station maintain; play-by-play of the ballgame on the field.

There’s been a groundswell of protest since word surfaced this month (by Chad Finn in the Boston Globe) that WEEI wants to do some major surgery on the way it presents Sox broadcasts. So while changes will likely take place, one or two new announcers, the station and team are walking a fine line.

If the goal is to attract younger listeners, I hope that WEEI uses its good sense. Accept the empirical; the imperatives of reality. Don’t canonize a younger age cell that’s lost to baseball radio forever and betray your dedicated older listeners. Young people don’t generally listen to sports talk and they aren’t likely to tune in to a baseball game corrupted by references to pop culture or comments that are arcane to the preponderance of your audience.

Unless the station and team can deliver technology that facilitates radio-fashioned audio that harmoniously accompanies video on Smartphones, young people will be lost forever. And if you think that the younger set will dust off their parents’ old transistor radios to listen, you’re dreaming. At the same time, core listeners won’t tolerate a callow voice who pontificates about impertinent subjects.

Effective executives make decision by gauging the intersection of pragmatism and conviction. Don’t blow up a good thing. Coke tried it in the 80s, failed miserably and threw in the towel.

On another front – Josh Lewin

By measure of proximity and experience, the Dodgers gig, filled by the capable Neverett, would have been a perfect fit for Josh Lewin. He spent the past seven years calling Mets games in New York for flagship WOR Radio. But when WCBS acquired the rights at the end of last season, it was apparent that Lewin wouldn’t make the move. His WOR partner Howie Rose will remain the lead voice on WCBS.

Through his years with the Mets, Lewin was bi-coastal. First, he did San Diego Chargers games and then picked up UCLA football and basketball. Yes, he was a busy man. At one point, he did the Mets, Chargers and UCLA. Now that’s mentally draining and physically backbreaking.  Still, he was sharp doing all.

Lewin is bright, a Northwestern alum by the way of his hometown of Rochester, New York. In his years with the Mets, fans took a liking to his work. He earned the deserved praise of media columnist and keen observer, Phil Mushnick of the New York Post. This past November Mushnick wrote, “I’m going to miss seven-year Mets radio play-by-player Josh Lewin. He not only showed up well prepared, he always came with interesting extras. Thus we learned from Lewin the pay scales of minor league umpires, the high schools shared by players, and other notables and neat tidbits about that game’s stadium. He was good car-ride company.”

Previously, Lewin spent time with the Texas Rangers, Chicago Cubs and Baltimore Orioles. For years, Lewin was also one of the national baseball announcers for the family of Fox channels. In other words, his credentials are impressive. Lewin’s bounced around but he and Rose were a fine team in New York.

Lewin recently took a job with the San Diego Padres radio flagship. He’ll do fill in play-by-play and pre and post game shows. Despite the traffic on the California freeways, it’s still an easier commute between San Diego and Los Angeles than it is between Southern California and New York.

Veteran and esteemed Clippers’ voice Ralph Lawler, 80, who will retire at the end of the NBA season erred humorously last night. He’s been the team’s voice since its days in San Diego. In other words, other than for a couple seasons, Ralph has been with the club for some five decades ever since the Buffalo Braves moved to San Diego in the 1970s and then to Los Angeles in the 80s.

Lawler is still sharp and rarely if ever makes a mistake. He almost never fails to identify the correct player, his voice is strong and his pacing remains in perfect lockstep with the speedy flow of the NBA game. He calls the games on both television on radio. When the Clippers aren’t producing a local telecast because it’s on a national network, he moves to the radio mic. Last night, the game against the Dallas Mavericks was on Turner so Ralph was on KLAC Radio.

At some point early in the game, the Clippers’ 6’8” Mike Scott was inbounding the ball. Lawler: “Mike Smith brings it in…Freudian slip, Mike Scott brings it in..” He never skipped a beat, continuing his call of the game. Old habits die hard. Ex NBAer and former BYU star, Mike Smith was Ralph’s TV partner for 19 seasons until he was dropped at the end of the 2016-17 season.

Ralph realized instantly that he called Mike Scott, Mike Smith, so he amusingly added Freudian slip. I guess Ralph misses his old partner. In his valedictory year, Lawler is working with a rotating cast of commentators.

Red Sox’ radio makes a galling change; Play-by-play will be presented in a talk-show format