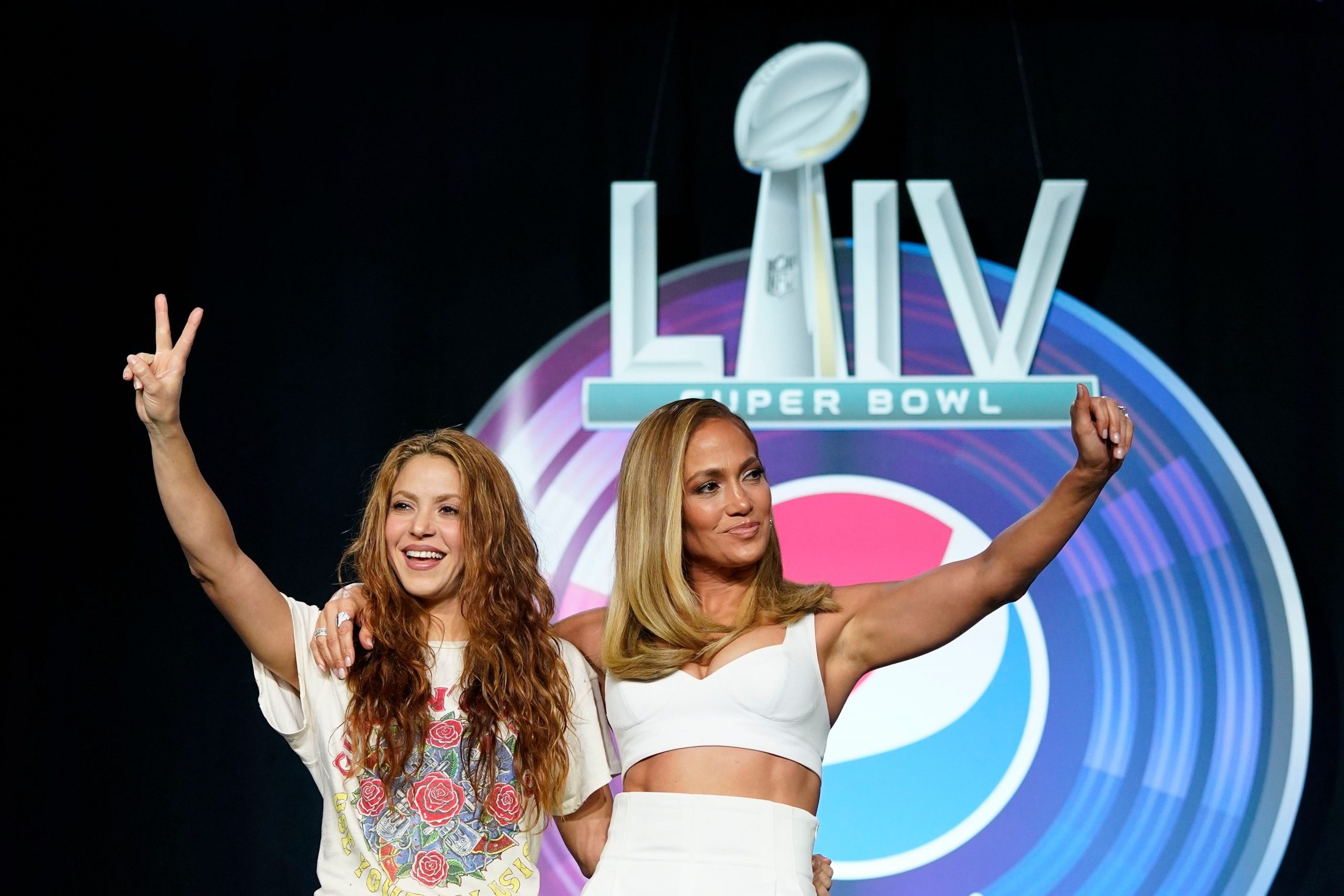 DISCLAIMER: This is a snarky Super Bowl review. I will never be hired by Sports Illustrated or even the Toluca Lake Times. This is my annual attempt at sportswriting and I’m more Redd Foxx than Red Smith.

Super Bowl LIV (or Super Bowl Live for people who don’t recognize Roman Numerals) was a good game until the last two minutes when the 49’ers reverted back to their 4-12 selves of 2018. But with 2:44 remaining, San Francisco was down by only four points with the ball. Great line by Joe Buck: “For the 49’ers it’s First Down and 85.”

And haters, sorry, but Joe Buck does a remarkable job. He’s concise, accurate, knowledgeable, and resets the game situation after every play.

He’s cool under pressure and can handle anything unexpected that comes his way. Not easy to do with 100 million people watching (although in truth, most people are at parties talking so maybe 300 people are actually listening). Troy Aikman is solid and astute but dull.

I’m sure for Joe to goof around with him it’s got to be like playing tennis against a blanket.

Had Green Bay beaten San Francisco in the NFC Championship game we would have had a rematch of Super Bowl 1 where the mighty Packers took on the upstart Chiefs – much like Meryl Streep vying for the Best Actress Oscar with Heidi Klum. What a difference 54 years make.

The FOX production team is to be applauded. Outstanding coverage.

They employed more cameras than the total number of Los Angeles Charger fans.

The only way the Super Bowl pre-game shows could have been longer is if Martin Scorsese had directed them. I tuned in during the end of the hundred-year tribute to the NFL. Anyone else notice that O.J. Simpson was among the greats they saluted? But it was wonderful to see the (few remaining) football heroes of my youth. They were all wearing matching red sports jackets so at first, I thought it was a salute to stadium ushers. Most had to sit. Of the fifty or sixty grid iron greats I bet there’s not an ounce of cartilage between them.

Yolanda Adams sang a gorgeous rendition of “America the Beautiful,” and Demi Lovato did her best Whitney Houston impression with “The National Anthem.” At one time it would have been stirring to hear these two performances, but that was when the United States was a democracy.

Now you may think, there’s no need for politics in the Super Bowl. But when there are presidential ads and J-Lo dons a huge American Flag fur coat, the gloves are off. Warning: I have strong opinions.

Right before the game when they had that moment of silence for Kobe Bryant (and “passengers”) and other notables, I was relieved Mr. Peanut wasn’t included. It turns out he didn’t die after all (which is probably why he wasn’t included).

The commercials were the usual. A few standouts but mostly overproduced, forced, confusing, frenetic woeful attempts at humor.

Considering what they cost to produce and what they paid to advertise on the Super Bowl, you’d think they’d spend a few thousand bucks and hire decent comedy writers.

What the f…… was the Snickers’ hole? Why were all the Sci-Fi creatures from every movie coming to Wal-Mart’s for their blue bags? Why was Arya from GAME OF THRONES singing “Let It Go” while driving in traffic?

There are always the obligatory celebrity cameos. What a huge treat to see M.C. Hammer again. Or 80-year-old Sylvester Stallone as Rocky. Or Martin Scorsese (half the people who watch the Oscars don’t know what he looks like, much less the Super Bowl), or Jonah Hill, or the Kool-Aid Pitcher.

In comedy writer rooms we have an expression called a “Nakimora.” That stems from an old episode of THE BOB NEWHART SHOW. Bob was buying a stereo and the brand was Nakimora. There were six or seven call-back jokes that referred to the name. And each one landed with a thud. So when we do call-back jokes we try not to do too many because we don’t want another “Nakimora.” I bring this up because the Charlie Day-stain-on-his-shirt bit was an excruciating “Nakimora.” Ad after ad bombed and bombed and bombed worse.

I’m not going to go through all the ads but the ones I liked were the Bill Murray “Groundhog Day” ad for Jeep, the Alexa spot (although what did they need Ellen and Portia for – the joke was versions of Alexa through history?), the Bryan Cranston send-up of THE SHINING (immediately followed by a send up of FARGO), and best and most moving was the Google ad.

I didn’t cry at the Google ad (like many people), but I did cry seeing that appalling Donald Trump ad. One woman is reunited with her family thanks to Donald Trump. Awwww. How about the THOUSANDS of families separated by Donald Trump? How about all the children in cages because of Donald Trump?

In fairness, Mike Bloomberg’s spot won’t wow anybody either. And if we’re on the topic of ads that are truly bullshit, how about the one where the NFL is using high tech wizardry to ensure that players are getting the best health protection possible? And Exxon is doing all it can to clean up the oceans. And O.J. continues his relentless pursuit of the real murderer.

There were a couple of baffling spots. The only way to save our farmland is to buy Michelob beer. The only way to bring our country back together again is to all use TurboTax. If you really want to help the environment, buy an electric engine Hummer. And Wal-Mart celebrates small town America (despite the fact that they’re responsible for putting thousands of ma & pa stores out of business).

Did you notice that a lot of Super Bowl commercials used ‘60s music? And the theme this year seemed to be frogs, which extended to the way Joe Buck sat on that stool with his legs spread apart.

Speaking of legs spread apart, the Half-Time Show this year was brought to you by “Bare Elegance Gentleman’s Club.” It starred Shakira and Jennifer Lopez and I’m surprised they didn’t collect dollar bills from people in the front row. Both are now in the mature category of PornHub – Shakira is 43 and J-Lo is 50. Yet they both looked great and both could still bump n’ grind (which is good because neither got where they are because of their extraordinary singing ability). I think they were competing to see who will become the next Cher. Shakira had a hot red outfit that showed off her midriff, and J-Lo dressed for the Ice Capades.

But I did love this: In fact, I applauded. As part of J-Lo’s set she had kids singing in cages – clearly a f…. you to the wonderful man who brought one single family together.

And once the Chiefs won, the leader of the free world tweeted this: “Congratulations to the Kansas City Chiefs on a great game, and a fantastic comeback, under immense pressure. You represented the Great State of Kansas and, in fact, the entire USA, so very well. Our Country is PROUD OF YOU!” Hey, you moron, the Chiefs play in Kansas City, MISSOURI.

All in all, Super Bowl LIV was a slick well-done production of a good tight game and a showcase for a budding NFL superstar, Patrick Mahomes. (Tom Brady, time to pass the under-inflated baton.)

I’m waiting for our president to tweet his recognition of San Francisco. “They lost but they played well and the 49ers represented their great state of Alaska – that they were named for – very well.”

Bring on the XFL!

Publisher’s disclaimer: The opinions and commentary expressed are exclusively those of the author

Ken Levine is a jewel, and I’m glad he shared this with this site. His regular blog is terrific, and so is his book about his broadcasting escapades, It’s Gone … No, Wait a Minute.