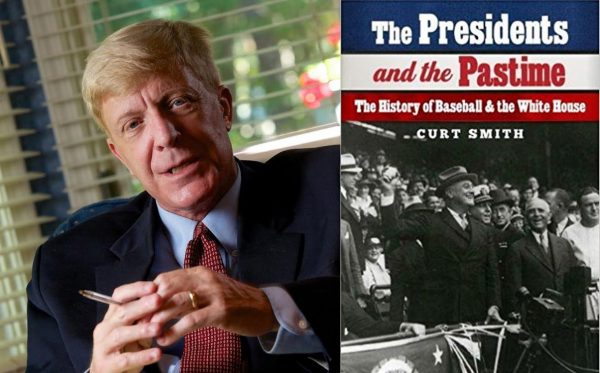 Baseball broadcast historian Curt Smith, author of The Presidents and the Pastime, also penned the seminal book, Voices of the Game

Curt Smith’s knowledge of presidential history is deeper than dead center field in the old Polo Grounds. And yes, his love for baseball stimulated him to pen a book on stadiums, Baseball’s History through its Ballparks. His hands-on experience in the White House as a speechwriter for former President George H. W. Bush reinforced his love for profiling those who’ve manned the Oval Office.

In the sports world, Curt Smith is well known for his breakthrough work on the history of Major League Baseball broadcasting. In an even bigger sphere, he’s known for his expertise on American presidents. Through the years, he’s written prolifically on both topics and more.

Mention a president or anything baseball and Smith delights with unrestrained vibrancy, whether sharing an emotional anecdote about a Commander-in-Chief or a longtime play-by-play announcer. If you want to hit a hot button, just ask him about the 1950s version of  the Voice of the Game of the Week, Hall of Famer turned broadcaster, Dizzy Dean. Smith will wonder aloud till blue in the face, why Dean hasn’t been honored yet with the Ford Frick Award.

When it comes to the presidency and baseball, it’s not a matter of 1 and 1A. Smith is equally passionate about both. His latest book, The Presidents and the Pastime intertwines the two subjects beautifully and is being released today by University of Nebraska Press.

Before Curt shares snippets of what he covers in the text, allow me to mention an intersecting story of Vin Scully and Barack Obama. In 2016, when the ex-president awarded the popular baseball announcer and other civilians with Medals of Freedom, he quipped, “I thought about him (Scully) doing all of these citations, which would have been very cool, but I thought we shouldn’t let him sing for his supper like that.”

At one point when Scully played golf with President George H. W. Bush, the two men recollected that they were on the same baseball field in a game between their respective colleges, Vin for Fordham and the former president for Yale.

Author Curt Smith talks about The Presidents and the Pastime: 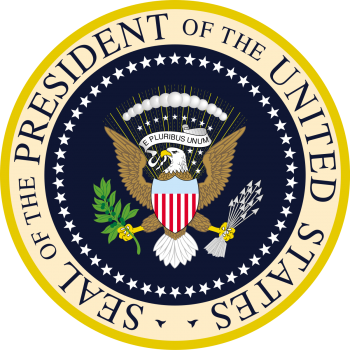 All my life, I’ve loved the great institutions of baseball and the Presidency of the United States. Lots of other Americans do, too. A Dad may not know the color of his daughter’s eyes but can explain why he feels a certain president was a boom or bust. Aunt Maude long ago forgot her favorite nephew’s birthday, but not what Yaz hit in 1967. Yet improbably, no one had etched their kinship in detail. So, in 2014, having written on baseball and speeches for President George H. W. Bush, I began to research this only-in-America twinning-of-the-heart. On June 1, The Presidents and the Pastime: The History of Baseball and the White House, will be released. (University of Nebraska Press, 466 pp, photos, index, $29.95.)

The book begins in the Revolutionary War, each side playing a form of baseball, then segues to presidents like Lincoln and Johnson playing “town ball” or giving workers time off to watch. Next, it tracks each president from Theodore Roosevelt, who had to hide his dislike of baseball due to its appeal, to Donald Trump, a big-league prospect who declined to sign a pro contract, spurning “baseball money” for “real [business] money.” Each chapter depicts a different baseball relationship. Among others, William Howard Taft coined the rite of throwing the Opening Day “first pitch” in 1910. Woodrow Wilson found baseball a refuge from strokes that later took his life. Franklin Roosevelt saved baseball in World War II—this book urges the Baseball Hall of Fame to posthumously induct him. Harry Truman tossed the ball left-, right-, and both-handed; “the real fan,” wife Bess, he said, cheering the Senators by radio on the Truman Balcony. Dwight Eisenhower sent a poignant letter to Don Newcombe after Yogi Berra thrashed him in the 1956 World Series.

Ike left office in 1960, at 70. That year John F. Kennedy, 43, met Stan Musial, 39: “They tell me you’re too old to play baseball and I’m too young to be president, but maybe we’ll fool ’em.” Richard Nixon inhaled baseball as would a lifelong Walter Mitty, in 1965 offered a post as both commissioner and director of the players union. Jimmy Carter learned the game from his mother and baseball savant, “Miss Lillian,” who with her husband drove each year to a different city to see up to a 10-day big-league homestand. Ronald Reagan aired baseball on radio that he never saw—by “re-creation”—later playing Hall of Famer Grover Cleveland Alexander on film.

Bill Clinton grew up in Arkansas listening to Cardinals voice Harry Caray; George W. Bush’s sweet spot came the night he threw a perfect strike in the World Series at Yankee Stadium in the wake of 9/11; Barack Obama took the mound at the Nationals’ D.C. park to throw out the first ball, revealing in his glove a hometown White Sox cap he put on to show how all politics is local. Before becoming president, Trump often performed the first-pitch rite. Possibly afraid of being booed, he has not done so on Opening Day in office.

George H. W. Bush explains, “Baseball has everything.” It was a thought, he said, that came to him not long after he first picked up a bat at five. From Taft as the first president to throw the “first pitch” on Opening Day to Obama’s “Go [White] Sox!” scrawled in the guest register at the Hall of Fame in 2014, U.S. presidents have helped light baseball’s torch. The last chapter etches what baseball needs now to carry that torch to the larger culture and a new generation, the Great American Game tied to the Great American Dream.