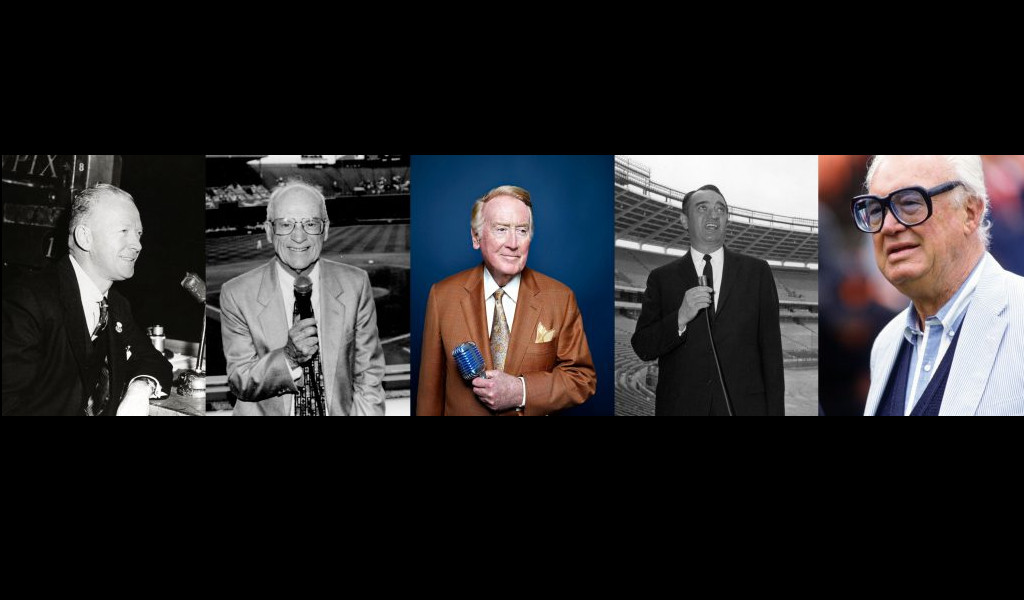 Curt Smith, a former White House speechwriter for the first President Bush, George Herbert Walker, was reared on Major League Baseball at a time when the game was a constant subject of conversation.  On summer nights, from his perch in Upstate New York, Smith was enthralled by crackling play-by-play voices; those bouncing from faraway places off his old transistor. He was fascinated by legends like Harry Caray, Bob Prince, Mel Allen, and Ernie Harwell. Half a century later, his passion for baseball broadcasts hasn’t waned an iota.

In 1987, Smith released Voices of the Game,  a much awaited  breakthrough text that was fashioned narratively and stitched together in Smith’s sumptuous prose.The title is considered the bible of baseball broadcasting and it continues to be consumed voraciously by those in baseball and outside of it. Like announcers who regale listeners with stories, Voices of the Game delights readers with  anecdotes covering captivating summers of the past.

Remember, Smith’s research and interviews go back some 35 years. Many of the early prominent voices were still hale then and the tales they shared with Smith fill the pages of his book grippingly.

In The Presidents and the Pastime, a title being released tomorrow by the University of Nebraska Press, Smith writes about the relationship between what what was, until relatively recently, the most popular sport in the land and what still is today the most powerful office in the world, the American presidency. Those who dial back to Sports Broadcast Journal tomorrow will enjoy some insight into this interesting subject.

Smith, who’s written some 15 books on sports broadcasting, baseball and politics, will grace the pages of this website several more times this summer covering topics connected  to broadcast sports.

We wasted no time asking Curt, the big question which he addresses today:

Tastes differ, of course. Still, you’ve studied baseball broadcasting for decades. If I asked you to list the all-time top 5 baseball announcers, who are they?

Mine’s simply one list. Each person can compile his or hers.

I once wrote a book comparing announcers, based on such criteria as voice, knowledge, language, and wearability, since baseball is played each day. No one grasped that better than the Roy Hobbs of baseball broadcasting, “the best there ever was,” starting each broadcast by inviting us to “pull up a chair.” Vin Scully was the total goods of phrase and mood—a daily classic sans text. He called Don Larsen’s perfect game, Kirk Gibson’s triumph of mind over matter, and Sandy Koufax’s fourth no-hitter like Hemingway at the keys.

Second is the man who was the only broadcaster on Variety magazine’s 1955 list of “the world’s 25 most recognizable voices,” joining, among others, Churchill, Ike, and Sinatra.

More than a thousand people have done baseball play-by-play. Mel Allen is the most distinct. He began with “Hello there, everybody,” termed a home run a “White Owl Wallop” or “Ballantine Blast,” and made “How About That!” a household word.

The 1940-64 definition of the Yankees, World Series, and All-Star Game showed baseball in full flower. Bob Costas grew up on 1960s Long Island: “His voice should be in a time capsule,” he said of Mel, “how baseball was for us.”

Third on my list, Ernie Harwell meant baseball to millions of others, for 55 years, announcing for five clubs, especially his 1960-91 and 1993-2002 “Tiges.” To W. Earnest, a homer was “long gone.” A called third strike stirred “He stood there like the house by the side of the road.” Ernie could make even a foul ball personal, saying, “It’s snagged by a guy from Alma, Michigan”—or any other town!

As a boy, I correctly told Mom that Harwell had a lot of friends. Ernie showed creatively and brilliantly how baseball was best seen on radio—a theater of the mind. Lay preacher, author, poet, lyricist, Ernie may have been baseball’s most beloved man.

Or was that list No. 4?—a play-actor different from the soft-voiced Harwell in every way but one: Each cared madly about baseball, and made millions care about it. “It might be! It could be! It is!” bayed Harry Caray to 1945-97 America. “Holy Cow!”—another home run for his home team, usually the Cardinals and Cubs. Hail the Maestro of the seventh-inning stretch. Cheer his recharging “Take Me Out to the Ballgame.” Imagine Harry now teaching God about the infield fly rule. Recall how over KMOX St. Louis, then Superstation WGN, Harry conducted a game like a bartender singing an aria: hits, runs, and errors rising and falling in rate and volume. A paper wrote: “The greatest show, no ifs or buts, is to hear … Caray going nuts.”

Despite a stroke in his sixties, Harry at 50 percent was more compelling than many Voices at 100.

They did not include No. 5 on this list, a distant cousin of writer Sidney Lanier, Walter Lanier (Red) Barber. The oldest complete TV games on record are aptly Six and Seven of the 1952 World Series between the Dodgers and Yankees, mid-century’s two great rhetoricians, Barber and Allen, voicing. What a show they put on. Red in particular climbed a summit of syntax and lexicon. “Big Jawn” (Mize) becomes “The storybook fella.” A “trickle ball [reached] the right side.” The see-saw day was “enough to give you the high spirits.”