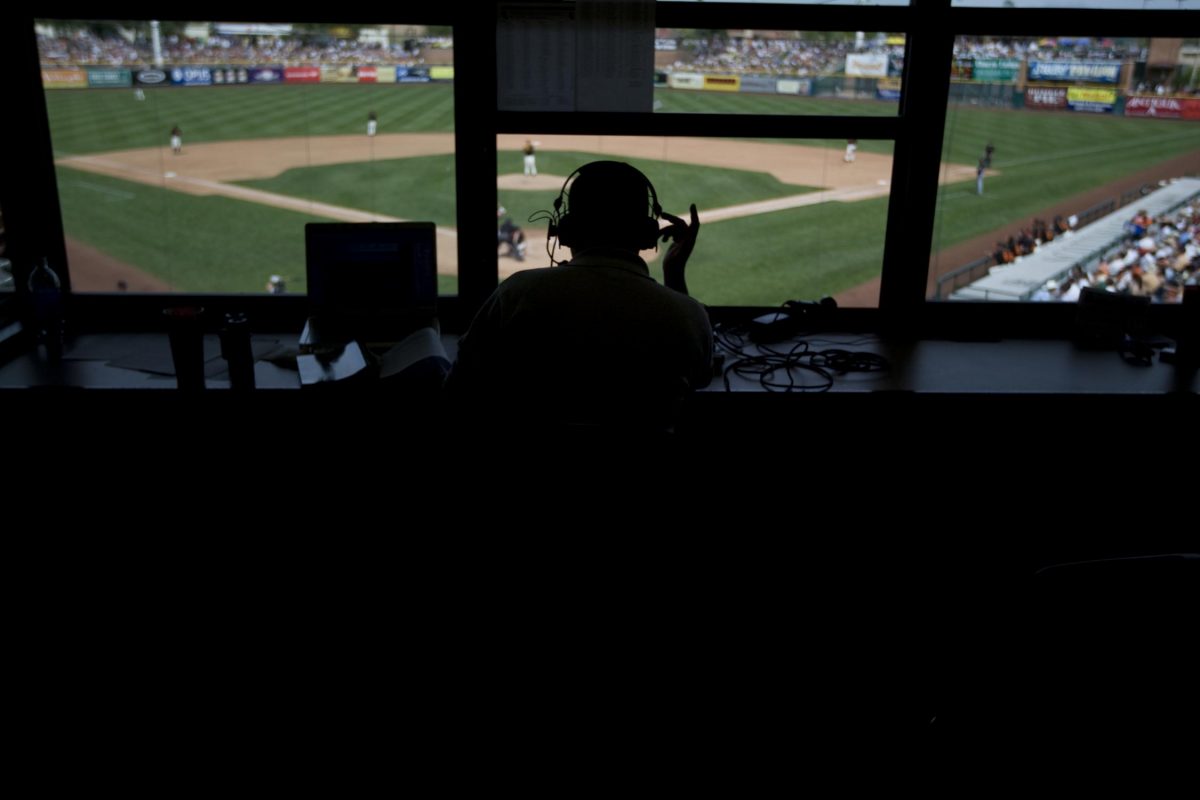 Under the Hall of Fame’s current rotational cycle, the Ford Frick winner is selected by category. Over a three year period, the award alternates by classification; local, network and pioneer.

This year, the Frick, emblematic of baseball broadcast excellence, is being given to pioneer Al Helfer whose roots calling baseball date back to 1933 when he called Pittsburgh Pirates games. While there were some holes in his career during the war and later in the 1960s, he was visible through four decades. Brother Al, as Red Barber called him, passed in 1975 at age 64.

The Pennsylvania native was affiliated with eight separate clubs, working with the likes of Red Barber, Vin Scully, Connie Desmond, Monte Moore, Gene Elston and Russ Hodges. Helfer received more votes than other luminaries like the creative Rosey Rowswell of the Pirates and the raconteur who called Reds games, Waite Hoyt.

In baseball’s early broadcast years, booths were filled with inexperienced  personalities, mostly writers or ex-players. In the 30s, innovator Barber gave play-by-play a blended structure of art and science. Until then, there was no real trendsetter who fashioned a cogent rhythm or advanced a present-tense beat, the structure followed by most announcers today.

In the early years, many were simply unabashed rooters. Rowswell serenaded Bucs’ home runs, “Raise the window, Aunt Minnie! Here it comes, here, she comes!” Meanwhile, an associate in the studio would reproduce the sound of a window shattering.

Helfer was best known for network radio’s Mutual Game of the Day which aired nationally in the 1950s. Baseball at the time had just 16 teams condensed in ten markets. The Mutual broadcasts went to all cities other than the ten with teams. So, the series was quite popular, given the fact that television didn’t have critical mass yet.

Those years, Helfer lived out of a suitcase; every day, another ballpark. It was a tough way to make a living. Once a week, he would head to his Westchester home, throw his clothing into the washer and head back on the road. Al also called ten all-star games and six World Series on national radio.

Last year’s Frick winner represented the network classification and it went to Bob Costas. In 2017, the category was local and the late Bill King, the longtime A’s announcer, won. In 2020, the awardee will be selected again from among the local crop’s best.

Of all four major sports, baseball’s Hall is most transparent about its selection process honoring announcers. It releases the framework, such as the timetable of the rotating process, each year’s list of nominees, names of the voters and later releases the winner. Such transparency builds traction and generates anticipation for both fans and potential winners.

Likely due to his strong affiliation with the Mutual Game of the Day, Helfer came to be known as Mr. Radio. In 1955, when the Game of the Day series ended, he joined the Brooklyn broadcasts, led by Vin Scully and Jerry Doggett. In Brooklyn, Walter O’Malley, the team owner needed three announcers because in addition to radio, all home and some road games were on television.

But when the team moved to Los Angeles in 1958, O’Malley swore off television, considering the medium a fan convenience that deterred attendance. The owner would need only two announcers in California. (In the early years in Southern California, the Dodgers televised only 11 games a year, the games from San Francisco.) According to Frick winner Lindsey Nelson, Helfer told O’Malley that he would go to California only if he was assured as many innings as Scully. Well that was that. O’Malley took Scully and Doggett and the rest was history.

Through the final years of his career, Helfer bounced around. He did general news and held three short-lived jobs doing play-by-play. His last season was fifty years ago, 1969.

In his final couple years in baseball, he teamed with the wonderful Monte Moore in Oakland. Brother Al called Catfish Hunter’s 1968 perfect game, available on YouTube.

Years ago, I talked with Moore, now closing in on 90, about his couple seasons with Helfer. “He was the first guy I ever heard do a ballgame, growing up in Oklahoma. He was doing the Game of the Day. In ’68, we found him doing news in Denver and he joined us for our first two seasons in Oakland, (‘68 and 69).  Helfer had a wonderful voice.

“He was robust, a big guy, and would lumber from one city to the next. We would dine in these fine restaurants and he would just tell the waitress, “Just give me raw meat. Warm it up a little, but not too much.”

When I asked Moore whether Helfer ever talked about his days back east, he says “Yea, he had some bad memories. Al didn’t feel that he got a fair shake there.” What was he like as a broadcaster? “Professional, accurate but not very colorful,” Moore added.

In his final years in the business, he worked for a Sacramento radio station, KRAK, as head of news.

In days when broadcasters were versatile, Al covered politics too. In 1948, when he was assigned to work Harry Truman’s whistle-stop campaign train, Helfer introduced himself to the president. The Chief Executive said, “Oh yes, you’re the sports announcer.” Reminded of it, Helfer said, “Yes, I got a kick out of that.”

Helfer will be honored posthumously Saturday in Cooperstown as part of the Hall’s weekend celebration of player inductions.

Al married twice and had children with both spouses. He has grandchildren alive today.

I saw the photo of the Dodgers and Yankees announcers many years ago in a profile of Vin in The Complete Handbook of Baseball, and I’d wondered who the other people were! But it’s kind of interesting. That photo had to be from spring training in 1956, since that season was the only time Scully, Desmond, and Helfer worked together. But while Barber and Allen are in the photo, Jim Woods is not. I thought maybe that was him and not Joe Ripley, also an ad agency rep. It’s also interesting to see Vin looking back at the two legends,… Read more »