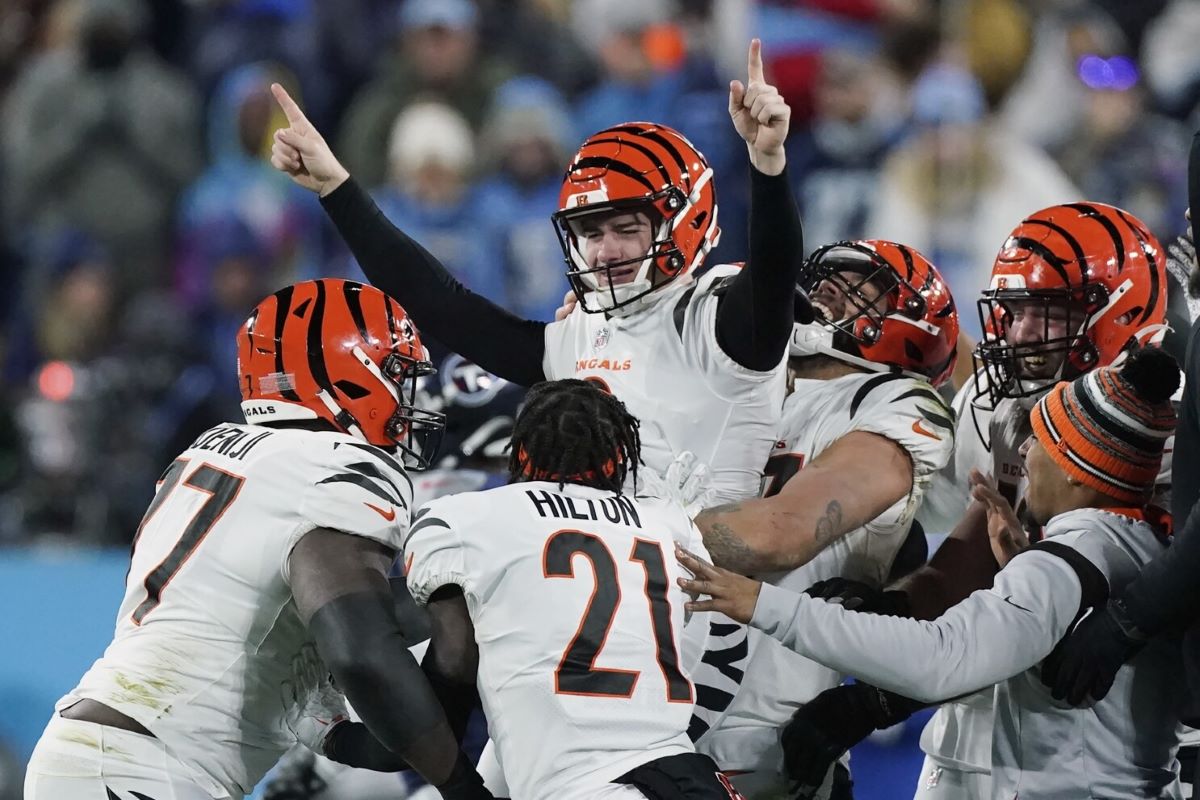 Cincinnati has had its beloved on-air personalities.

Pioneer Red Barber was baseball’s first true, fundamentally disciplined and rhythmically elegant voice. He first showed his wares in the Queen City in the early to-mid 1930s and became a role model for budding broadcasters around the country. Years later, Waite Hoyt, a member of the 1927 Yankees’ Murderers’ Row started to launch an on-air career himself and asked Red for assistance. Barber fastidiously undertook Waite whose accent was redolent of the New York streets. When he settled in Cincinnati, Waite evolved into a raconteur and ruled the baseball mic at Crosley Field through 1965.

Al Michaels made Cincy his home from 1971 through 1973, his first MLB gig. When Reds GM Dick Wagner hired Michaels at a pittance, the young man’s voice was just 26. Marty Brennaman’s opinions about the Reds were often of greater value to Cincinnatians than those of coaches and management. Marty told it as it is for 46 years. (Marty’s son Thom is superb too and should be working again. Reformation shouldn’t be about a lifetime.)

When the Bengals were born in 1967, the same year as the first Super Bowl, Phil Samp was the club’s inaugural broadcaster. He spent 23 seasons in the booth. There were others who followed too, Ken Broo, Ohio State caller Paul Keels and Pete Arbogast who for decades has been with USC football. All excellent.

Dave Lapham has been the analyst since 1986. He gets the time in-grade honor, a Bengals lineman from the 70s to ’83, holing the color microphone. In other words, Dave and the Bengals have been joined a the hip for 48 season.

When this year’s refreshed Bengals attracted the love of the city, Dan Hoard, became a household name, very popular by association. Hoard also calls University of Cincinnati football and basketball. This fall and winter, Hoard must feel like he died and went to heaven. The college football team knocking earlier on the championship door and the Bengals in the Super Bowl.

The irony is that Hoard, raised in Western New York, only dreamt of doing MLB on radio. He did lots of minor league ball including in Pawtucket where the minor league Red Sox compete. Others who’ve graduated from Pawtucket made it to the big leagues, Don Orsillo, Aaron Goldsmith, Gary Cohen and Dave Flemming. Hoard did tons of the minors but only Dan will do the Super Bowl this Sunday.

At last, his career erupted. At 58, Hoard is looking forward to the greatest day of his career. He’ll Hoard in and savor what a magnificent day it should be.

We had a chance to interact.

Would you ever have dreamt in your wildest imagination that you’d experience an NFL Super Bowl run and a trip to the college football playoffs during the same year? 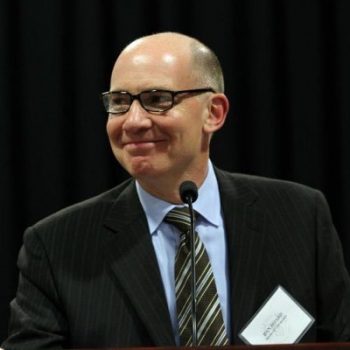 My imagination is fairly wild, but no, it’s truly impossible to fathom. My luck has been so good this year that I am starting to believe that I’ll have my first hole-in-one this summer. Not only that, but it will be a shank that hits the hood of a car and bounces off of two trees before going in the hole. (Dan Hoard, left)

I thought there was a chance that the University of Cincinnati would qualify for the 4-team playoff because the Bearcats started the season in the Top 10 and had an early season road game at Notre Dame that would boost their credibility if they could win it. But they still had to go undefeated and hope that there weren’t several undefeated teams in the Power 5 conferences. That’s exactly how it played out.

The Bengals, on the other hand, are among the most unlikely Super Bowl teams in history. They started 0-11 two years ago! But the front office did a remarkable job of building the offense through the draft and the defense through free agency. Now it looks like this might be the tip of the iceberg.

It also helps that Joe Burrow is a God among men.

You were born in Jamestown in Upstate New York. One of the greatest entertainers of all time, stems from there, Lucille Ball. How much of the town is dedicated to Lucille?

Jamestown is very proud of being Lucy’s hometown. There’s a Lucy and Desi Museum in the heart of downtown and a Lucille Ball statue in nearby Celeron. There’s also a Lucille Ball Comedy Festival every summer that attracts some of the biggest names in comedy.

But that’s not Jamestown’s only claim to fame. It is also the birthplace of NFL commissioner Roger Goodell.

In Northwest New York, you probably heard a variety of announcers because signals come in from all directions. Which announcers impressed you? What did you like you like about them?

My sportscasting hero was the legendary Van Miller. He was the Voice of the Buffalo Bills for more than 40 years and I consider Van and Kevin Harlan to be the best football play-by-play announcers on the radio of all time.

Van also was the voice of the NBA’s Buffalo Braves, the primary sports anchor on the local CBS-TV affiliate and even hosted a televised high school quiz show so he was everywhere when I was growing up.

He made a huge impression on me because he had a great flair for the dramatic and was also extremely funny. When you listened to Van it always sounded like he was having a blast – regardless of how good the Bills were.

I was also a Mets fan as a kid and we got the games on WOR-TV so I watched the trio of Lindsey Nelson, Bob Murphy and Ralph Kiner almost every night. They were great to learn from because each of them was so distinctive. Their personalities could not have been more different. Eventually Tim McCarver joined the crew and he made a big impact on me because he was so curious about everything. He constantly challenged traditional baseball wisdom and I had never really heard a broadcaster do that before.

You’ve won four Ohio Sportscaster of the Year Awards. That’s edging out some dandies like Joe Tait, Tom Hamilton, Paul Keels, Marty Brennaman and others. Does the joy ever fade?

It’s a huge honor because I am such a fan of the guys you mentioned and other great broadcasters in the state. Cleveland Browns announcer Jim Donovan is one of my all-time favorites and my Bengals broadcasting partner Dave Lapham should have won the award by now. His analysis is second-to-none.

Basketball or football? Any preference?

I enjoy doing multiple sports but I would have to say football. There are so many moving parts and so much strategy involved that I really enjoy the challenge of trying to describe the action while also adding anecdotes and stories to make it entertaining for the casual fan.

The odd thing is you’re a baseball lover and you’re now reveling in football. Did you ever get close to an MLB gig?

I’ve had interviews and/or auditions with several major league teams but never landed one of those jobs. I used to joke that I was the “Susan Lucci” of baseball announcers, but she eventually won an Emmy on her 19th try.

But I think that fate did me a favor. As much as I loved broadcasting baseball, I enjoy the life I have now. It’s nice to have some time off in the summer, spend time with my wife and son, and go on vacation. I was a minor league baseball announcer for many years and you miss out on all normal summer activities.

Another Ohio winner is Al Michaels, a former Cincy Reds radio announcer. How does it feel knowing that you’re doing the same Super Bowl as Michaels?

Al Michaels is the best TV play-by-play announcer in history. And Kevin Harlan is doing the game on radio for Westwood One. So they will set the bar very high. I look forward to going back and listening to how each of them calls this Super Bowl. I know they will be tremendous.

Is the Cincinnati area completely absorbed equally by both UC football and the Bengals?

The Bearcats have a big following and it has grown exponentially in the last few years, but nothing galvanizes a city like a contending NFL team. Let’s face it, the NFL is king and appeals to every conceivable demographic group. I didn’t live in Cincinnati when the Bengals made Super Bowl appearances in 1981 and 1988, but I have always heard how crazy the fans were back then and we are seeing it again now. On Monday night, 30,000 people showed up for a Pep Rally to basically see the players run out of the tunnel. It’s been wild.

Are you better recognized around town these days?

Do you mean, now that my face is on a t-shirt? People have been really kind and I am so grateful that I wound up in Cincinnati. The fans are awesome and it’s a wonderful place to live.

Ken Levine is celebrating this! Good for Dan Hoard.