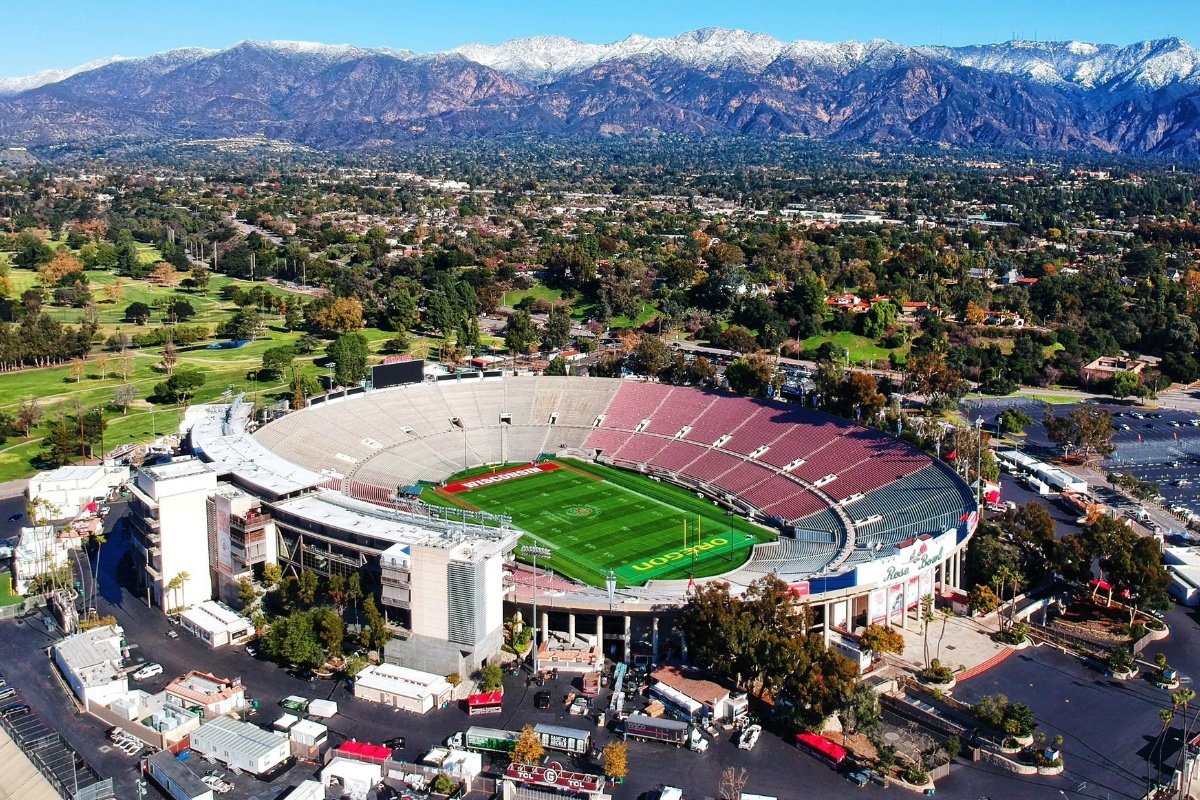 The Rose Bowl semi-final game switches to Texas because of Covid restrictions in Pasadena. Notre Dame meets Alabama for the right to play in the title game.

Between the bowl games, the colleges and the NFL, it’s shaping up to be a busy football weekend.

An ESPN spokeseman tells me, “Most of the remaining bowl games are being called from the sites. There are a few exceptions but the CFP semis and Championship game are and so are all the New Year’s Six.”

Kirk Herbstreit will be calling the Sugar Bowl semifinal game from home due to the positive Covid test he disclosed last night. Amazing what technology can do these days.

Bob Wischusen is a tough New Jersey guy. He needs to grab partner Dan Orlovsky at the collar and tell him not to talk too much. Shush already! There’s no reason and analyst needs to talk and pontificate after every play.

Hometown Audio Feeds: Fans can catch the local radio broadcast of each of the four teams in the national semis, with their audio feeds synced up with ESPN’s presentation.