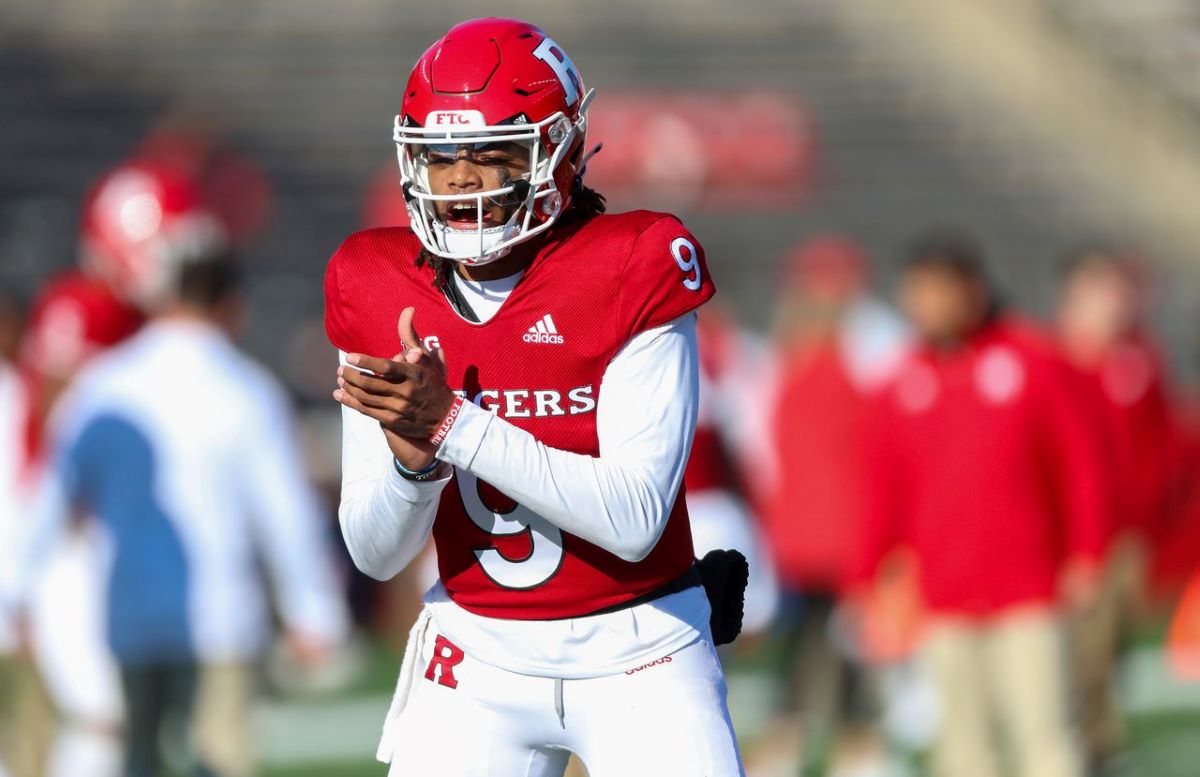 It might not mean much to many outside the Big City but to those who follow college hoops in New York, it’s significant. Kaiser was a key member of the founders of the Big East. The school always prided itself for its independent status and would generally dominate local hoops. The Johnnies would be perennial winners and partake in many NITs.

Yet Kaiser knew that the future required an amalgamation of area schools and the establishment of an overpowering northeast conference. Enter the idea of the Big East. Working with Dave Gavitt in the mid 1970s, and a team of ADs representing a stomping ground of colleges filled with basketball heritages, the league was formed. ESPN and the Big East grew in lockstep beginning in 1979.

Kids out west would get home from school at about 4 pm Pacific Time and watch Patrick Ewing, Ed Pinckney, Chris Mullin and Pearl Washington. It didn’t take long. The Big East erupted and the Garden roared.

Lou Carnesecca electrified New York leading the Johnnies to the 1985 Final Four. Later it was Rick Pitino at Providence and PJ Carlesimo at Seton Hall. Kaiser and the school presidents envisioned and indeed restored great interest in the game that first filled Madison Square Garden in the 1930s. But interest in college ball faded after scandals rocked the corruptibility of the game after the war. St. John’s was never charged.

Jack Kaiser was never about Jack Kaiser. It was about his family and his school. That’s it. I don’t believe he ever owned a home or a car. He had a small apartment in Queens.

An athletic director of a big-time college? How about two public busses to and from school, morning and night. If the game went overtime, he’d sometimes wait half an hour for a bus on a frigid night. He never drove a car and never made a big deal of himself. When he was in school, he kept his problems to himself.

When we worked together, his word was his bond. A single sheet of paper, covered our agreement. Lawyers didn’t have to fuss over a phrase, word or sentence. Never a crossword between us. There were no lawyers, we functioned simply. Jack Kaiser’s world was an honest one. A handshake sufficed.

I always loved the Johnnies but getting the Redmen a station to carry their games in the 1970s was almost impossible. It was even a struggle for the Knicks and Rangers to find radio homes. The Garden’s clubs, even with all its clout and big dough couldn’t get all their games on radio until 1987.

Working with Kaiser on sponsorships and radio, we found a tiny LI station in the mid 1970s, then a small NY non-commercial FM station. One day, I told him that we’ll land a big one. We started building some capital through growing sponsorship dollars, be they underwriting on the Board of Ed’s station. The Big East boosted the school’s visibility too. By then, Lou Carnesecca attracted lots of coverage. Everyone seemed to know about Looie and his sweater, especially Hoya coach John Thompson. When the coaches shook hands before the Game of the Century in 1985 at MSG, Thompson smiled brightly and The Garden erupted. Thompson’s antics took the air out of the building.

By the spring of 1984, the Johnnies were getting broad recognition. Chris Mullin was about to explode entering his sophomore year. The team, many said, was about to contend for the national title. We were pitching our hearts out to get a decent station.

On July 9, 1984, I got a call from WCBS’ News 880 GM Jim McQuade, telling me that it’s a go. The station will take the St. John’s broadcasts, the full schedule. When I called Jack to give him the news, he let loose with joy. The station’s late sports director Ed Ingles and sales head Don Gorski encouraged McQuade too.

So it’s ironic. The day that Kaiser passed at 95, Rutgers, completed a deal with co-owned WCBS and WFAN. The stations will run the Jersey schools’ basketball and football.

The Johnnies, meanwhile, are on one of two lightbulbs, stations that you can hardly hear over the edges of New Jersey. I can’t tell you how hard Jack worked and urged me to persist. We landed WCBS for St. John’s in 1984. In 1991, we moved the games to WFAN.

The Knights were on WOR, a strong signal and a rich heritage of well known personalities, but not a listener under the age of 65. When Rutgers snared an association with two huge personalities’ news and sports driven stations, it threw everything but the kitchen sink at the stations to close the deal. How SJU lost WFAN is mindboggling? The Big Ten beat the Big East in its backyard. This deal was for St. John’s to lose and like many things recently the Redstorm failed. Sad.

Then again, how did so many coaches come and go since Looie retired in 1992! How they’ve had one losing season after another, how they’re losing fans by the years?  But right now they’re floundering in the wilderness.

Kaiser, who took St. John’s to three College World Series in Omaha as the school’s baseball coach, passed while engaging in what he loved most, baseball. His family said he was listening to a Mets game on radio when he took his last breath.

New York Mayor Eric Adams declared June 1st, Jack Kaiser Day. The unassuming and humble man earned his accomplishments through determination, his time in grade in the military and most importantly, humility.

St. John’s basketball fans, especially those who cannot be squeezed into the 6,000 seats at the Alumni Hall gymnasium, should be pleased that all 27 games on the Redmen’s 1984-85 schedule will be broadcast over WCBS-AM radio, 880 on the dial. Postseason games will also be broadcast.

James McQuade, the vice president and general manager of the 50,000- watt station, said yesterday that he believed this to be the first time that the complete basketball schedule of a metropolitan-area college will be broadcast by a commercial New York station.

”It’s a multiyear agreement covering every regular-season game and all postseason competition, such as N.C.A.A. tournament games,” McQuade said. ”We’re excited about the tourney prospects for St. John’s this season.”

The Redmen are expected to present one of the stronger teams in their history, led by Chris Mullin and Walter Berry. Mullin, a high-scoring senior guard, is playing on the United States Olympic team. Berry, a talented frontcourt performer, led San Jacinto of Texas to the National Junior College championship last season.

”This is a real coup,” said Lou Carnesecca, the St. John’s coach. ”It’s great for the team and New York fans. I just hope they picked a good season to start broadcasting.”

The announcers will be Dave Halberstam, who represented St. John’s in the contract talks, and Ed Ingles, the station’s director of sports.