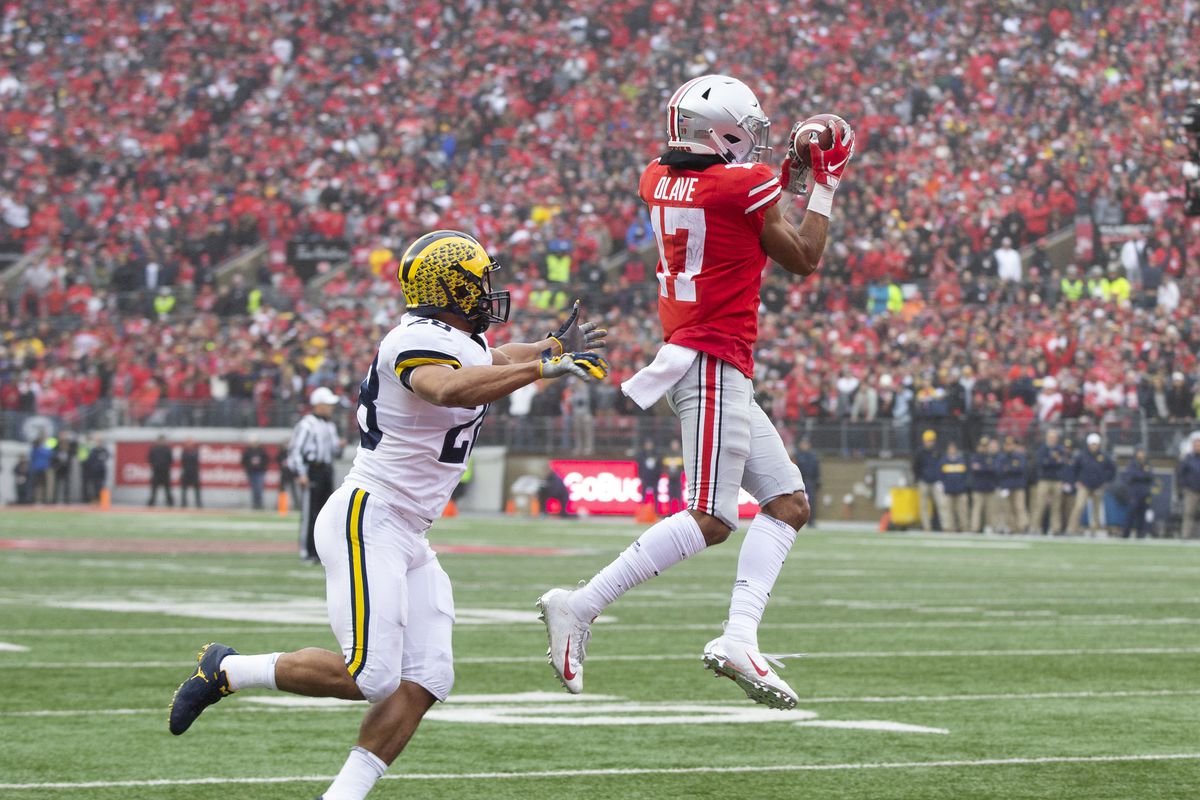 There will be a Michigan-Ohio State game - but without the packed house. It will be in Columbus and on Fox on December 12th.

Nobody saw the pandemic coming. No one predicted the NBA playing in a bubble and the NFL having no crowds. And nobody wanted to imagine college football being canceled. But then again, 2020 is full of unwanted surprises.

Thankfully, there has been some good news recently. The Big Ten conference is resuming its football season.  And like dominoes, a trio of leagues followed, the Pac-12, the Mountain West and the Mid-American Conference. They’ve all opened their doors.

A perfect revival. All of the top ten conferences at college football’s highest level will host schedules. Better late than never.

The Big Ten was the catalyst and the rest followed.

After the initial postponement on August 11th, the Big Ten created a ‘Return to Competition Task Force’ in an attempt, as it said, “to make practices and playing safer.” And what do you know, after a unanimous vote to resume competition, the Big Ten will launch its football season the weekend of Oct. 24. It will run through Dec. 19th. The SEC began its delayed start today.

“I think the driving force came in the form of some advances in rapid testing and other updated medical information that helped answer some of the unknown and that likely helped expedite the start of the season to late October,” said Mike Grimm, the radio play-by-play voice of the Minnesota Gophers.

Accordingly, beginning on Sept. 30th, the Big Ten will start its mandated daily rapid testing program throughout the conference campuses for players, coaches, and the on-field staff. The conference committee has been working diligently to formulate additional health and safety precautions as well, such as an aggressive data collection process, cardiac registry, and strict guidelines for players. Although it will likely not create a completely failsafe, incident-free season, the protocols enacted should help ease the league’s doubts to initiate the season.

Others though are speculating that the return to play was a result of the mass blowback the Big Ten received from players, coaches, athletic directors and alumni when the cancellation decision was made in August.

Jim Brandstatter, Voice of the Wolverines added: “Clearly, in the time between the cancellation and the restart announcement, something changed. In my opinion it had to be on the medical front, the testing front, the mitigation front. We knew the coaches, players, parents, ADs and just about everybody still wanted to play, it was the presidents and chancellors that had to change.”

“And with three of the other Power 5 conferences all playing, and with high schools in many of the Big Ten states also competing, it only exacerbated the situation,” said Don Fischer, the legendary Voice of the University of Indiana football and basketball teams. “Then, of course, there is always the gigantic amount of money the Big Ten stood to lose.”

But even with this milestone there are restrictions. The Big Ten will prohibit all spectators from stadiums, creating a completely different environment for both players and play-by-play broadcasters.

“Our job is to call the game normally and not be aware of the lack of crowd noise.” said Steve Jones, the radio announcer for Penn State football. “The listening audience deserves our normal performance and not one that is quiet. This is football, not the Masters.”

No Crowd? Michigan’s Brandstatter added, “I have no idea what it will be like to broadcast in an empty stadium. A few years ago after a lightning/rain delay against Utah, we finished a game with about 2,000 people in Michigan Stadium, but it had started with 100 thousand!”

Many of Big Ten football broadcasters are just thankful that they are able to get back to work. Matt Lepay of the University of Wisconsin told us, “Players feed off the energy of the fans. To an extent, so do we, as broadcasters. The key is to lock in and just call the game in as normal a manner as possible. Be thankful there even is a game to call,” Lepay added.

Others noted that it may actually put road games at less of a disadvantage because home teams will not have the traditional vocal support of their fans.

Gary Dolphin of the Iowa Hawkeyes recounted, “Of the games I’ve watched and listened to so far, the playing field is more level. There isn’t a distinct home field advantage. The visiting team’s chances of a win are improved.”

So with the absence of fans in the stadium, along with the new medical procedures in place, the Big Ten football community faces a vast number of changes in the next few months. But much is still unknown on whether the new set of guidelines will suffice and whether they’ll hold up for the entire season. The changes are unprecedented.

Many broadcasters such as Jones are hopeful that the season runs smoothly. He notes that Major League Baseball, seemingly ending its season with ease, has definitely been reassuring. Major League Soccer and the NFL have also been playing with relatively few problems as well. The NHL and NBA, playing under strict rules in bubbles, have also fared well, without much of  a hitch. Looking at the successes should be a confidence boost to the Big Ten and the other leagues that are returning to the field.

“If coaches and players (mostly players) can be disciplined to be smart about where they go and what they do, it would go a long way in proving the values that athletics (especially team sports) teaches,” said Fischer.

The bottom line is this. If everyone is doing their part to stay safe and healthy, things should run smoothly.

Speaking as a collegiate athlete myself, a diver for the Badgers, if players are truly dedicated and have a sincere love for the game, they will make sacrifices–no matter how difficult!

So, yes fans. There will be an Ohio State-Michigan renewal in Columbus on December 12th!