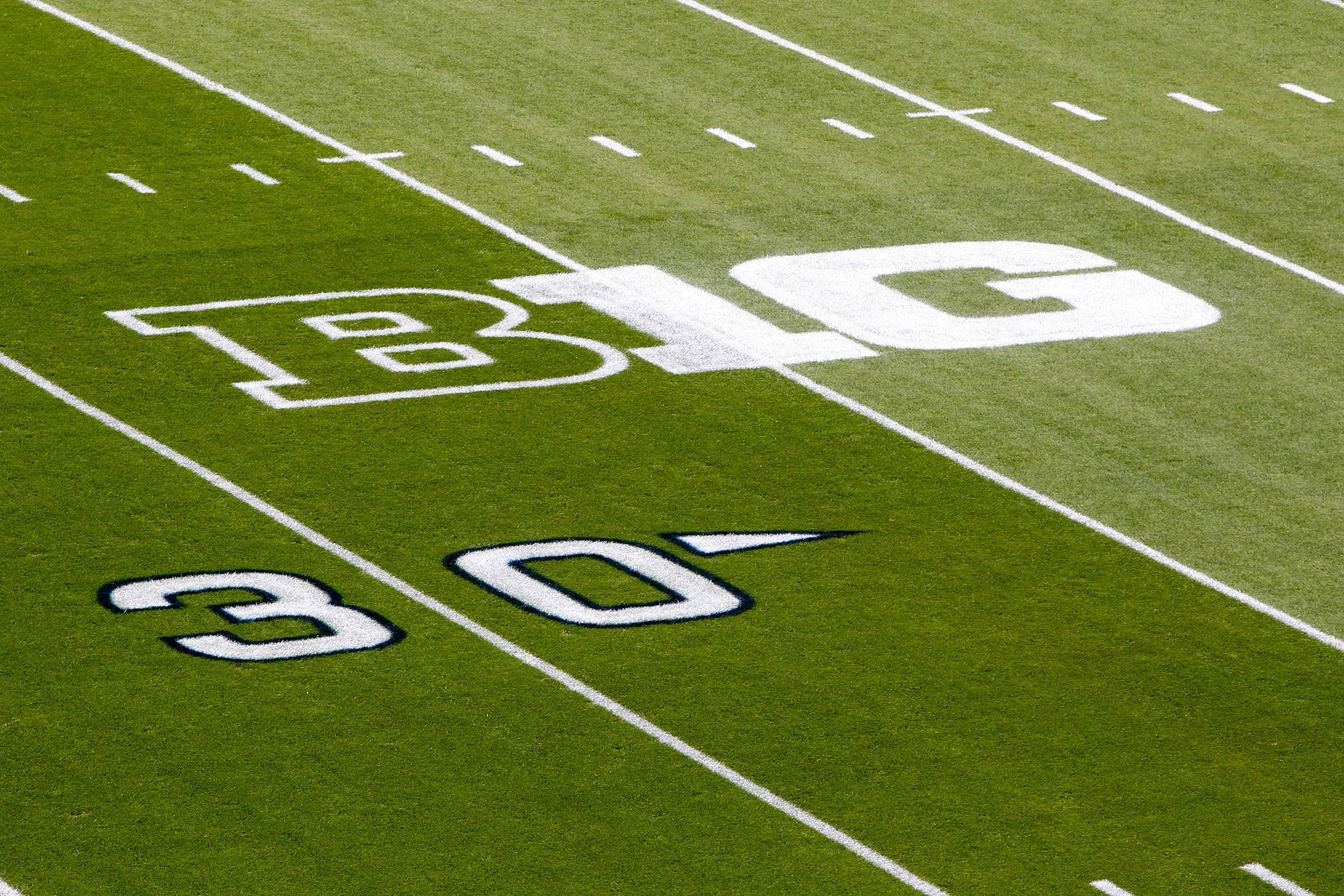 The Big Ten is back! On September 16th, The Big Ten Conference announced their official plans to restart the fall season, reversing its earlier decision in August to postpone the season until 2021. The season is set to start October 24th and will end December 19th, just one day before the college football playoff announcements (Full schedule is below).The Big Ten has also implemented a strict safety protocol including “a daily rapid testing plan” (ESPN) for all fourteen schools. Players will be tested prior to every practice. If a player tests positive, he will be suspended from play for twenty-one days.

Since the announcement was made by the Big Ten Conference, players, fans, and broadcasters have been talking about the news. For the most part, people have responded positively and have jumped back into conversations of whether or not Justin Fields will lead Ohio State to a college football championship or if the Pac-12 will follow the Big Ten and start their season soon. On the flip side, other voices in sports including Dominique Foxworth and Paul Finebaum, have questioned whether the voices of the players will actually be taken into account and how the pressure for the Big Ten to have a fall season sheds light on the business of college football.

Taking to Twitter, these are responses from five commentators who paint a picture of some of the ongoing conversations that have surfaced in response to the Big Ten 2020 Season.

Bruce Feldman of Fox Sports, tweets two questions in response to the news. The first, is how the Big Ten will be worked into the College Football Playoff and the second question is whether players can opt out of the season or not.

Now that the Big Ten is coming back to play in late October, there are two big questions: 1) What does that mean to how they'd fit with the CFP? 2) Can those players who opted out be allowed to opt back in if they want? Here are those answers: https://t.co/HV98E9Akkl

Tim Brando of Fox Sports, wittily tags the Pac-12 in his tweet to theorize that they will follow the Big Ten and have a season this fall.

As sure as the sun sets over the San Gabriel Mountains on New Years Day for a game that should always be a Playoff game but isn’t! The @pac12 always follows the @bigten some customs never die! 😊 https://t.co/gefR3ORxYA

Former NFL player and current ESPN contributor, Dominique Foxworth, attaches a clip of himself appearing on Get Up and comments on how the Big Ten doesn’t prioritize the safety or concerns of the athletes.

The administrators & politicians who are proudly bringing back BIG10 football today should at least secure lifetime insurance (health,life,job loss) for these “amateurs.” I hope there are no longterm effect from covid, but if there are what y’all gonna do?(more) pic.twitter.com/TV5md4jmLU

Rece Davis of ESPN, also attached an interview clip of himself where he addresses the improvements that the Big Ten made in this recent announcement and plan to start their season, then when they decided to postpone their season in August.

Talking return of B1G. Glad the conference formulated a plan to get players back on field-and a plan they are comfortable with from a health perspective. pic.twitter.com/SErP79EtlQ

Mike Hall of the Big Ten Network started a twitter thread of the all preseason storylines to focus on this year. Some topics include Ohio State going for their fourth Big Ten title and whether or not the Minnesota Gophers will be able to keep up the intensity they had last year.

So the Big Ten is back! Here is a thread of storylines to follow this coming fall….(in case ya forgot)….

For further information on the Big Ten announcement here is the ESPN Article I cited by Adam Rittenberg and Heather Dinich. Click here

The news of a Big Ten season has to be encouraging to the schools’ play-by-play voices:

Now that the Big Ten is coming back to play in late October, there are two big questions: 1) What does that mean to how they'd fit with the CFP? 2) Can those players who opted out be allowed to opt back in if they want? Here are those answers: https://t.co/HV98E9Akkl