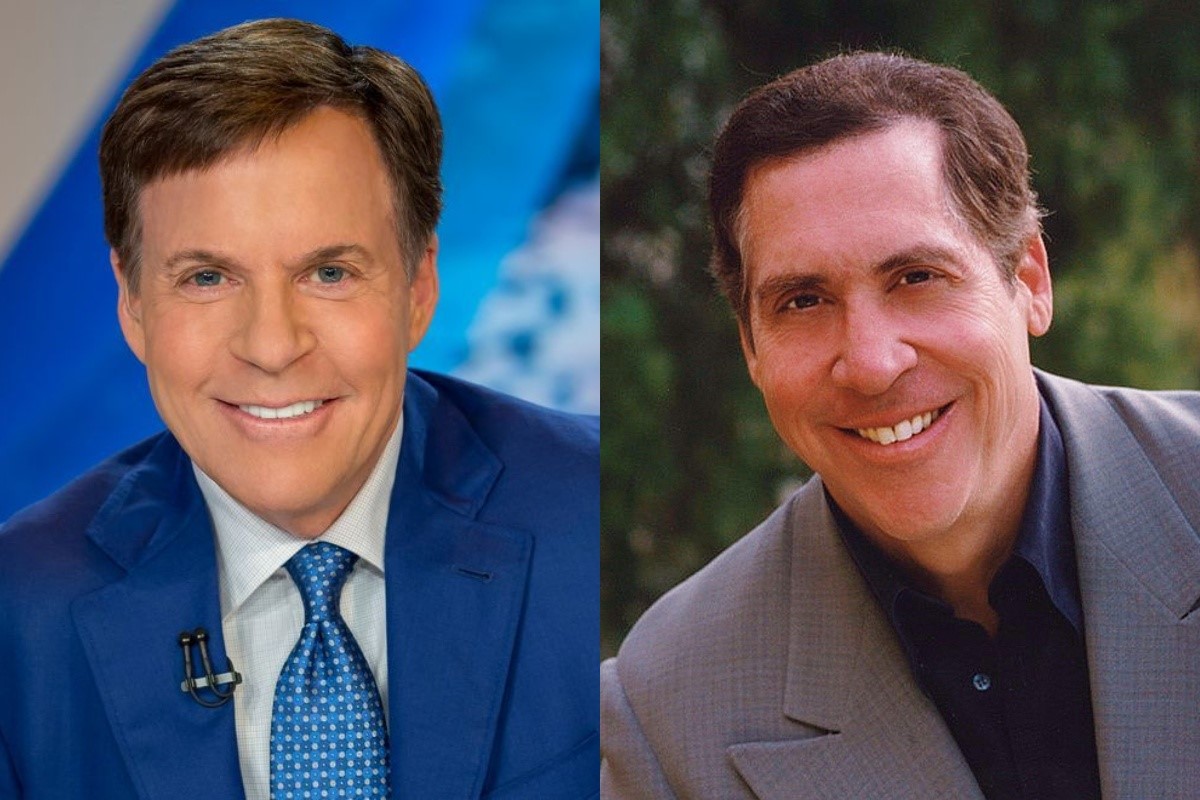 Hall of Famer and multi Emmy winner Bob Costas (l) was interviewed on Roy Firestone's podcast. Roy was one of ESPN's early stars in the 80s and 90s. He interviewed virtually everyone in sports who meant anything.

If you remember Roy Firestone from his wonderful interviews on ESPN during the network’s embryonic years, you’ll know what I mean. If you don’t, let’s put it simply. He can make interviewees cry or pour their hearts out with emotion. He’d ask deeply personal questions which make him sound more like a shrink than a program host. Firestone has profiled about everyone imaginable in his 40 years or so of doing interviews.

In the 80s and early 90s, most anyone in sports would welcome an invitation to Firestone’s Los Angeles studio where he conducted tons of long-form interviews with a list of who’s who, from Mohammad Ali to Bobby Knight and from Vin Scully to Bill Walton. Roy had thousands of guests on his show.

If you want to get a sense of what Firestone does, listen to part one of his interview with icon Bob Costas. Roy gets a great pro like Costas, himself a top-shelf interviewer, to talk about his dad John who was an inveterate and addictive gambler.

In general, most children have complicated relationships with their parents, so one can only imagine what it was like for Bob, a prodigy and a sports fanatic, to grow up with a dad who made $500 bets in the early 1960s when the sum meant something. Remember that this is before Smartphones or even cable, when scores weren’t readily available. To fetch scores for his dad, Bob would go out to pop’s car late in the evening, pick up distant AM radio stations, listen to games, re-enter the house and report what he heard.

“By the time I followed baseball, the Giants and Dodgers left the New York area so I was a Yankee fan. If my father had a bet against the Yankees and Mickey Mantle won the game on a home run, I’d go in and tell him what happened. He was likely angry at me that I was happy. Meanwhile, he lost a few hundred bucks.”

Bob talks about how the family left for California when he was nine and they lived in Redondo Beach for almost two years. Firestone interrupts gently, “Was your dad on the lam?” Bob paused, stunned perhaps by the question, and answered almost uneasily, “He might have owed some money.”

Firestone digs further in an innocent tone as only he can, “Did your father love you,” he asks. It led Bob to capture the generation of fathers who grew up in the depression years. “Like others of that era, he didn’t say how much he loved you. When he’d share a laugh, it was his way to show love.”

Costas and family lived on Long Island. The once and longtime face of NBC Sports goes on to tell a story about his father waking him up shortly after he went to bed. “It would be about midnight and he’d say, ‘Robert, get up, let’s go to Nathan’s for a hot dog.’ Coney Island was half an hour away at that hour.

“He’d stop at a donut shop in Brooklyn where he’d collect on a bet. This bookie, with a typical rough exterior, would say ‘Give the boy a donut and a glass of milk.’ Meanwhile, the guy would slide a paper bag across the table to my dad with $14,000 in winnings.

“At his best moments, my father was delightful, funny and charismatic. The relationship was more Damon Runyon than Norman Rockwell,” Bob said. Unfortunately, for both father and son, John Costas died when he was 42 and Bob was 18. Dad never lived to experience his son’s phenomenal broadcast career. 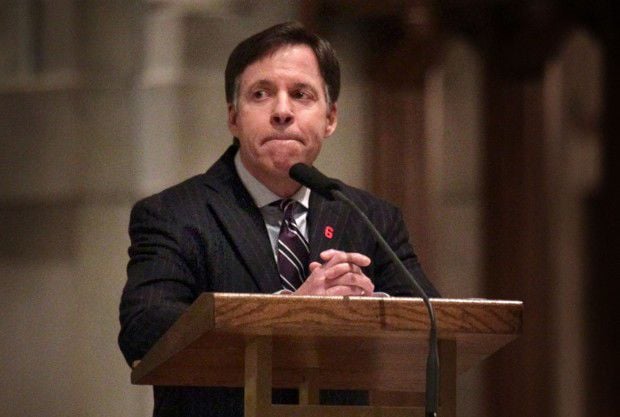 Anyone who has followed Costas knows that his first love of all sports is baseball. It always has been. He spent years broadcasting the game for NBC, including three World Series. One of the more cherished honors bestowed upon Bob was the Ford C. Frick Award from the Hall of Fame. It recognizes broadcasting excellence. Firestone asked him if he broke down when he gave his acceptance speech in Cooperstown.  “I had deep and wonderful feelings. I talked about how baseball voices shaped how we experienced games and how we remember them. But I never choked up.”

Costas went on to reminisce about the time that he did choke up, when he eulogized Stan Musial (above, left). Bob told those at the church funeral about Stan’s gracious act of inclusion at a National League All-Star game in the 50s. “In the clubhouse, there were four black guys sitting by themselves in a corner playing cards; Willie Mays, Hank Aaron, Ernie Banks and Frank Robinson. Stan went over to them and said, ‘Deal me in.’ I choked up when I shared that story.”

Who did Costas learn from the most, Firestone wanted to know. His answer was surprising, given the fact that he knows just about everyone from presidents down. “My children,” Bob said. “They can chastise me for being too hard on myself.”

The entire Firestone interview, part one with Costas, is available here.

What a wonderful job Roy Firestone does. And good for Bob Costas to talk about. This can help others who have dealt with gambling addiction themselves or in their families.