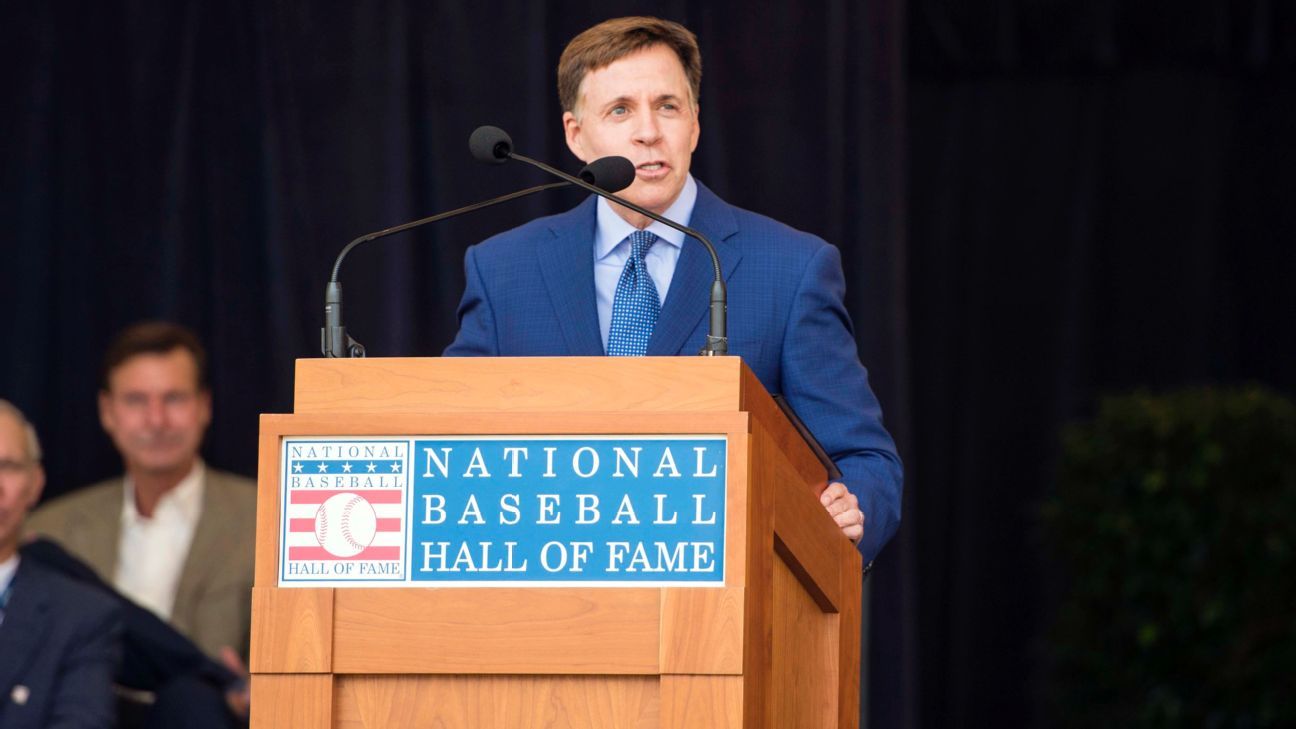 After Don Larsen’s perfect game in the 1956 World Series, Joe Trimble’s lead in the Daily News the next morning captured the improbable feat, “The imperfect man pitched the perfect game.”

So much so, that when Joe Torre followed him at the podium, he looked sideways at Hank Aaron sitting behind him in the first row of the stage, tilted his head into the mic and said to his ex-Braves’ teammate, “Following Costas is like following you in the batting order.”

For a man whose command of the language is unparalleled, Bob didn’t have to reach into his rich bag of word selections to capture what baseball has meant to him for half a century. Costas’ heart and passion were deafening; as he detailed a lifetime of experiences in lockstep with baseball’s wonderful moments.

At age 12, Bob would borrow his dad’s car keys at night, slip into the front seat, turn the ignition on halfway and twist the radio dial just so, “calibrating that dial like a safecracker”; picking up broadcasts across America, those authored by future Frick winners; Chuck Thompson (“caring baritone”), Harry Caray (“booming and bombastic”), Jack Buck (“sophisticated and restrained”) and Ernie Harwell (“who somehow knew that a ‘lad from Lansing’ caught that foul ball”).

When he returned from the car to the house, his dad, a heavy gambler, was eager for the results of the out of town games. Dad, it seems, as Bob suggests, might have had the “mortgage riding on a wager.”

The versatile broadcaster fondly reminisced about his first trip to the Hall of Fame in 1974 when his favorite ballplayer Mickey Mantle and teammate Whitey Ford were enshrined. It was then, as he was headed into his teen years that Costas’ sights were indelibly set. He knew what he wanted. Sportscasting was it and baseball was his first love.

Standing at the podium 44 years later, Costas reflected, “But it was beyond my wildest hopes and fanciful thoughts that this recognition would come my way.” And there he was yesterday regaling Cooperstown with stories about the intersection of his life, broadcasting and baseball.

Bob turned back and glanced at the stage, his head swiveled. He eyed ex-1963 Braves; Torre, Aaron and Bob Uecker and then Giant ace Juan Marichal.

The man with the high kick on the mound began to gleam, like he knew where Costas was headed. Indeed. Bob flashed back 55 years as only he can to an historic masterpiece that demonstrates how dramatically the game has changed. It painted a contrasting picture of now and then; when Costas was eleven and now when he’s a hale 66.

What transpired on July 2nd, 1963 would be virtually impossible to duplicate today in baseball’s strategic order. Braves’ ace Warren Spahn, then 42, and Marichal, then 25, were locked in a spine tingling, epic dual. They both went an unimaginable16 innings that night at windy Candlestick without giving up a run! Spahn knew something about endurance. He had fought in World War II’s “Battle of the Bulge.” He would say, “The Army taught me something about challenges, and about what’s important and what isn’t.”

Fewer than 16,000 were bundled at the ballpark, when with one out in the last of the 16th, Willie Mays, stepped to the plate. He had been stymied all night (0 for 5 against Spahn). But Mays  whacked it out of the park to give the Giants and Marichal a 1-0 win.

Leave it to Costas’ impeccable preparation to find the common thread that connects four men on the stage, baseball and the constituency today that longs for the time when skippers were less numeric and more instinctive.

For all the countless Emmys and for all the related praise heaped on him, Bob said “Baseball has always come first.”

Winning this year’s award meant everything to him. Shortly after his selection, he received a call from baseball’s best yet, Vin Scully. “Welcome to the club,” Vin said warmly. Costas will never forget it: “Even on a cold December morning, Vin’s voice shines like a sunbeam.”

Costas spent a moment exalting the work of his broadcast teammates, on-air and off; sharing in granular detail, the step by step events that lead to Kirk Gibson’s unforgettable homerun 30 years ago in the World Series. He called a good television broadcast, a “collaborative effort.”

Bob was down on the field, near the tunnel in the dugout. Gibson was in the clubhouse in his skivvies. The Dodgers were down a run in the ninth and Gibson, watching on TV in the clubhouse, heard Vin Scully say on NBC, “Gibson won’t play tonight.” That inspired Kirk sufficiently. “My ass,” he spewed!

A few moments later, Costas heard the sound of a bat meeting a ball in a batting cage behind the dugout. Gibson had lumbered over there to take some practice cuts. So he notified legendary director Harry Coyle who told Scully.

We of course know the rest of the story. “Look who’s coming up,” “He used the bat as a cane” and “In the year of the improbable, the impossible has happened.”

Costas framed a theme perfectly. From baseball to broadcasting to life, success is built around teamwork. “Big moments and big guys at the mic,”  Bob said.

He concluded, “Good broadcasters know how to tell stories. No game has more good stories than baseball!”

“Baseball broadcasters,” he said “are inseparable from the game itself.”