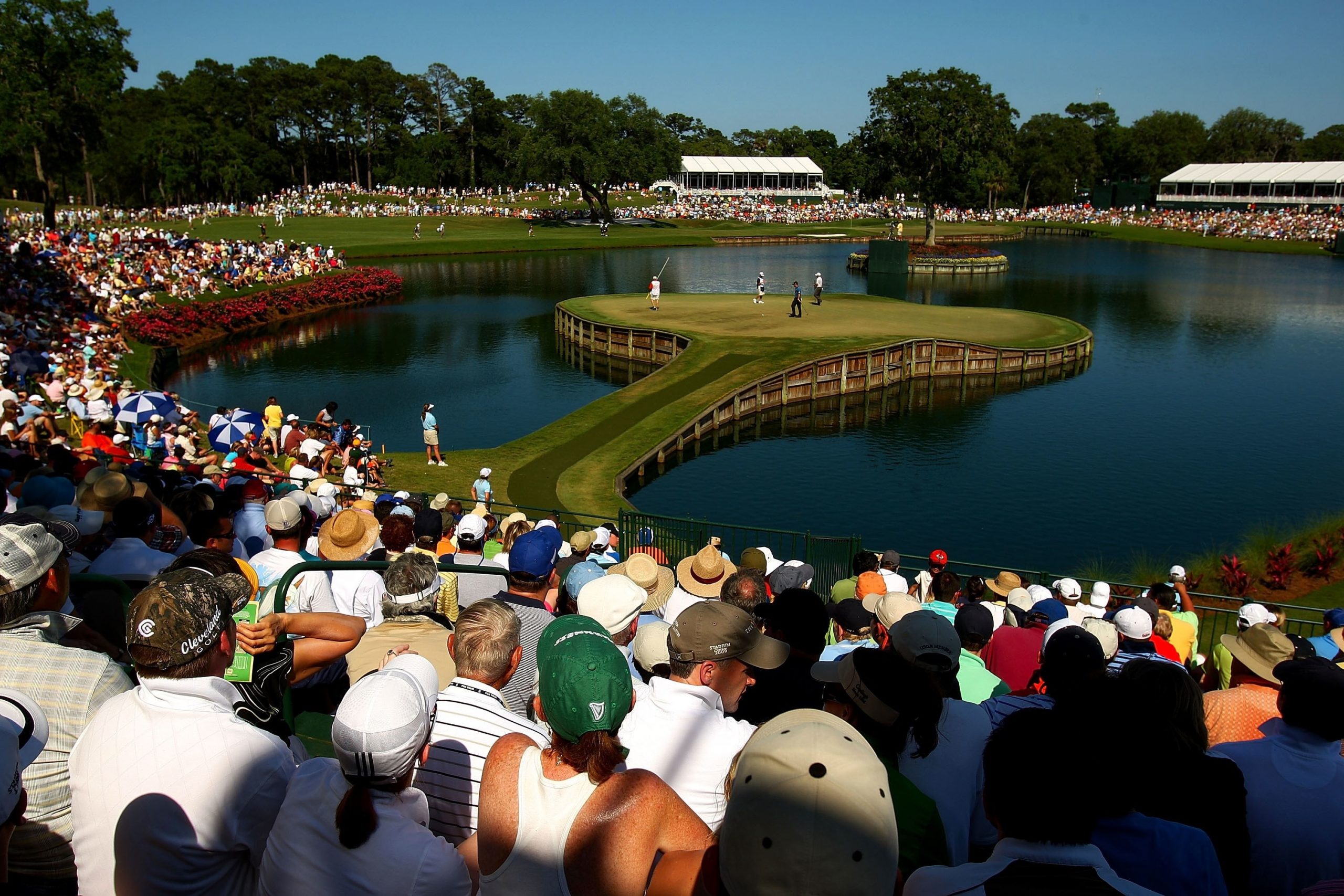 When we released Part #1 of our interview with Golf Channel’s Brandel Chamblee in February, (Golf Channel’s Brandel Chamblee, the Howard Cosell of the sport; Tells it as he sees it, No holds barred), the most common response I received back from readers was, “Who knew? I had no idea about his formative background.”  It’s precisely why I did the in-depth look at one of the most controversial broadcasters in all of sports, to give you a definitive insight on what makes Chamblee tick.

Too often we formulate opinions, positive or negative,  based on what we see and not on what we explore. It doesn’t take long to understand that Chamblee is his own man, with clearly defined opinions. He also has an innate ability to keep a viewer glued to his every word.

His rare qualities have made him the most important analyst in golf today.

As one of golf’s best fields of the year prepares for The Players Championship this week, which will be broadcast by The Golf Channel and NBC, this is part two of our conversation. It focuses on Chamblee’s takes on broader issues facing the game today, the star players, his relationships with the game’s elite and where the game of golf grows in the future.

In golf, players take aggressive shots. Golfers can also be reckless with their choices. Where’s that line for you as a broadcaster?

I try to be accurate. I try to speak to the most difficult issue that there is, especially if its uncomfortable or difficult to talk about

Early on in your tenure at Golf Channel, was there anything specific that you can remember that surprised you?

Around 2007 at the Masters, a producer told me I had done a great job after a show. It was the first time I felt very free, really being myself. Never really thought about what I was going to say. I had  comprehensive confidence about every issue in the game so it was a breakthrough of sorts.

Your thoughts, as a former tour player, on social media today?

Social media is fantastic in some ways and tragic in others. It’s a wonderful aggregate of news, especially in the golf world. It’s a good way to keep your finger on the pulse of your peers. Unfortunately it skews young, left and negative. When you put those elements together, it’s not exactly the demographic of golf. Things like Tiger Tracker and Club Pro Guy on Twitter are great for golf. Club Pro Guy is terrific. Damn sharp. Funny is one of the hardest things to do.

I look at Twitter as a party at my house. Have a great time but the minute you start breaking dishes, I’m throwing you out. I block profane and rude people. I want my twitter feed to be fun, interesting and lively.  Arguing makes you better through civil conversation. Social media acts like peer review. You can put bad ideas out there but it’s going to get chopped up and spit out if it’s not a good idea. But the opposite holds true if there are wonderful ideas. Twitter doesn’t represent the narrative. Social media has fooled the world.

You’ve gone toe to toe with some of the giants of the game. Sometimes it’s put you front and center, and in a hailstorm with players like Tiger, Phil, Brooks and others.

It’s the nature of my job. Every two minutes I’m going to get asked about the best players in the game. I can speak about Tiger for an hour and for 59 minutes say nothing but positive things but for 1 minute I could say Tiger struggled with his wedges last week. We all know what the headline is going to be. I’ve been very forthright specifically about Phil Mickelson on how important he’s been for the game. But in 2014 I felt that he crossed the line with Tom Watson in that press room at the Ryder Cup and did some things that were incorrigible. There was a larger issue I felt why the U.S. was losing Ryder Cups.

My job is at odds. It’s incompatible to have friendships with most tour players, particularly the best players.  I’m going  to do my job and be accurate with my analysis.

Speaking of Koepka, any worries that his slow start this year could mean the tear he was on in the majors suddenly comes to a halt as quickly as it started?

The injury to his lead leg, upon which he depends on for extension and rotation to hold off the face of a bowed left wrist and strong right hand is proving problematic. He also continues to fight the untimely hook. A deal breaker and card wrecker for a hard fader. Not to mention that he is in a teaching conundrum. It’s like the old football adage  If you have two quarterbacks, you have none. Koepka appears to have two coaches. His old stand-by Claude Harmon and his occasional stand in, Pete Cowen. It’s doubtful that they have the exact same philosophy on the golf swing and likely that’s contributing to the confusion Koepka’s playing with right now.

You seem very comfortable knowing that friendships with tour players just won’t be part of your on air career?

I don’t want friendships with the players. If I was a player, sure. When I was a player I was outgoing, loved people. I don’t really want to get to know the players. It’s what  governs me on-air.  I’m respectful of the game but I want my commentary to come from a place of accuracy. I don’t want to be anything other than a gentleman when I’m on-air. Occasionally something happens when you have to go in another direction.

Are you concerned that here we are in 2020 and that the tour is still reliant on a 44 year old tour player such as Woods who moves the needle like no one else?

Not concerned. I look at the inevitable decline in his game as sad. It’s like we’re all in the stadium for the ’27 Yankees and not just Ruth. He’s Gehrig. He’s all of them. He’s the best of every athlete. He’s changed the game. He’s changed it all in this second act, his demeanor with the media, the players. You name it.  He used to be very standoffish. Now he appreciates reporters’ roles. He’s very giving to the media. Not only has he come through the physical trauma but the existential drama away from the course. He’s given us one of the great comeback stories we’ve ever seen in sport.

The Patrick Reed rules violation at the Hero World Challenge in December and transgressions in golf. How concerned are you?

We like to pretend that golf has always been this clean sport. Golf and life have always had a way of taking care of those players who stretch the intent of the rulebook. There have been some odd balls on the tour through the years. Lately however there’s been more a ‘catch me if you can’ attitude which bothers me. I’m not going to be corralled by those, (the players), whose jobs it is to abide by the rules and self-govern themselves on the course. It was an egregious offense what Reed did. How the world of golf treated the Reed issue concerned me, especially the long term effects of it on younger, junior players. There’s a much larger issue at hand than Patrick Reed.

Players have gotten bigger and stronger. What’s the end game for these players?

Certainly not good for golf and not good for their swing speed which is well documented, and injuries have been paramount. Dustin Johnson and Rory McElroy had better swing speeds their rookie years. Does it do anything to extend their careers? Well, Brooks Koepka is already suffering from injury after jacking up.  Rory’s been smart and the last couple years has calmed things down on his workout routine which I think is smart.

The recently released Distance Insights Report from the USGA and the R&A has the golf world abuzz. Are we making too much of this or is there a simple answer?

It’s pretty simple. Either they need to roll the ball back or change the course. Golf course architecture and setup have become antiquated. It’ll take a very simple math equation to solve this, based on disbursement rate and other analytics but the best players in the world need to be challenged more often. The golf ball can easily be constricted by raising the fairway heights, growing the rough and firming up the greens.

The PGA extended its deal with its broadcast partners this week with a new media rights deal with NBC and CBS.  Does this finally put to bed any thought of a new Premier Golf League that’s been discussed?

The idea of an alternative tour has been debated for decades. With the Saudi’s deep pockets, they are trying to become the kings of sports. Meanwhile, they continue to commit horrendous acts against humanity while hoping they can pay people enough money to look the other way.

Will you play much at all on The Champions Tour, (Players 50 and older) this year?

Yes, I plan on playing this year and will do so in between completing my second book, my responsibilities at The Golf Channel and helping raise the kids.

This is NBC’s Broadcast schedule the reminder of this week for the 2020 Players Championship:

9AM-2PM: Live From The Players