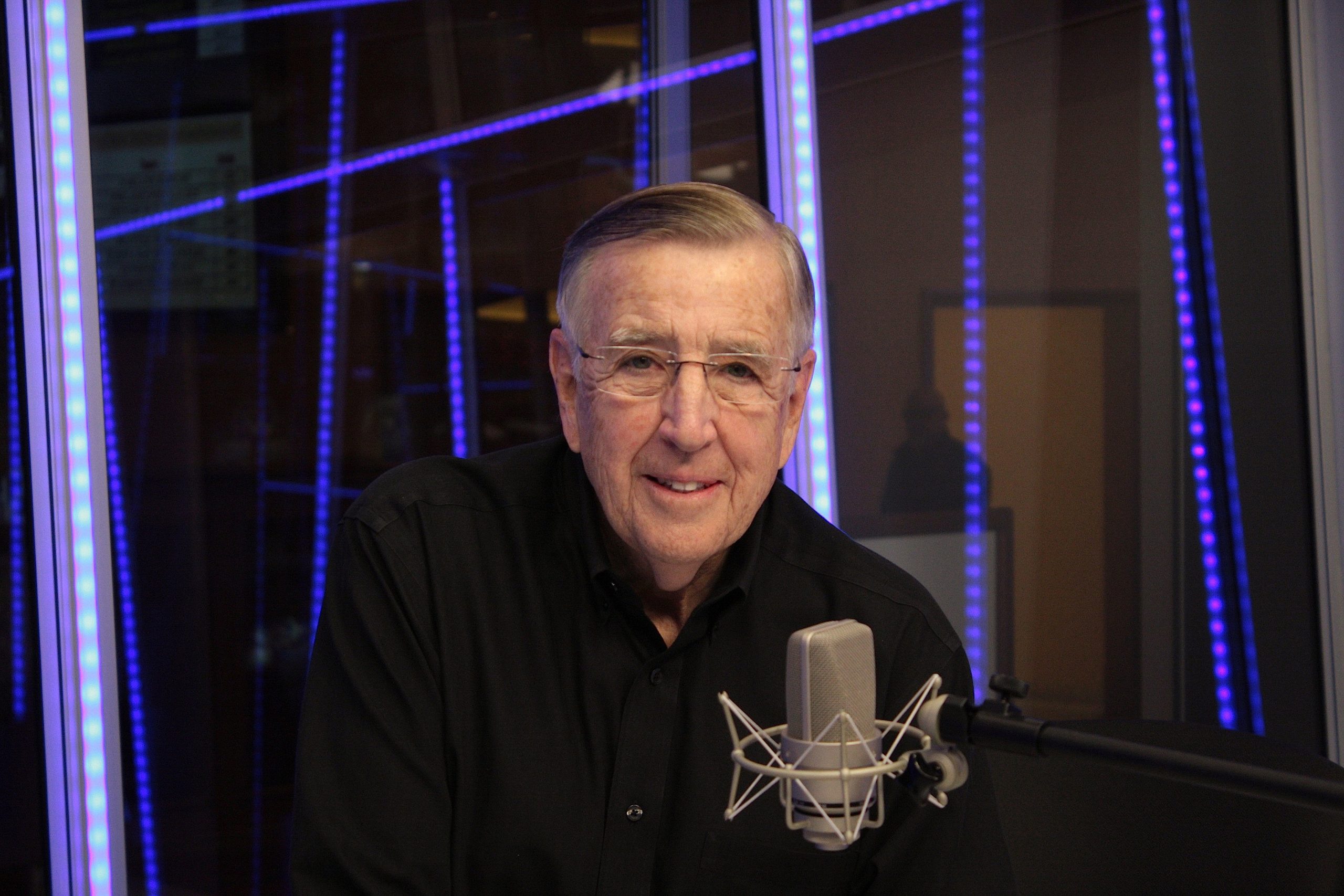 A network fixture for over 40 years, Brent Musburger is now the face of VSiN

Musburger on legalized betting: “The NFL is pushing for federal regulation, forgetting that the ship has sailed in Nevada, New Jersey, Delaware and Mississippi.”

In 2010, I composed a list for Yahoo Sports of the top 50 all-time network television sports personalities.

At the top, things haven’t changed an iota. Number one is Howard Cosell, a trailblazer who towered over sportscasting like the skyscrapers over Manhattan. Second was John Madden whose football street-smarts, gruff tenor and unaffected cadence ushered in a refreshing era that was popular with both the aficionado and the unschooled fan.

Third was Brent Musburger who earned and continues to earn a lofty ranking for these reasons:

1) He was the first network play-by-play announcer who broke traditional protocol by offering spicy opinions and analysis. Brent is still not afraid to veer of course to address what is on his stream of consciousness. Doing a Raiders pre-season game the other week, he enthusiastically praised the Oakland A’s, expressing optimism for their chances in MLB’s post-season. 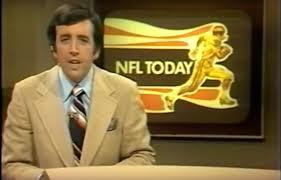 2) Brent is up there with Bob Costas, among the most versatile network broadcasters ever. Forget for a moment that he also did local news and was a noted columnist, Brent reached network highpoints for both play-by-play and studio work. He called NBA Finals, Final Fours and college football title games. From an NFL perspective, the Oregon native pioneered stimulating studio programming that fostered an appetite across the network landscape for popular pre and post game shows.

Bold and self-assured, Brent’s name and face were interchangeable with CBS’ famed eye for a couple decades. But by1990, tabloid headlines detailed his confrontation with CBS’ Sports head Neal Pilson and his eye-popping firing on the eve of the Final Four. At the time, with Cosell essentially off the radar, you might say that Musburger and co CBS colleague Madden were network television’s two biggest stars.

3) After the knockout punch by CBS, Brent, 50 at the time, pushed himself off the mat with alacrity. In time, he was ESPN’s lead voice of college football and high on the depth chart of broadcasters covering both the NBA and college basketball. It was iteration # 2.

4) After almost three decades with the ABC/ESPN family of networks, Musburger left ESPN on what appeared to be his own initiative, undertaking an uncharted path to gain mainstream acceptance for handicapping games.

About a year in, it is iteration # 3.  And at 79, he’s still full of piss and vinegar. Last year, outside investors in addition to Brent and members of the extended Musburger family, launched VSiN (Vegas Stats and Information Network).  The move couldn’t have come at a better time. Shortly afterward, legalized gambling was validated by a Supreme Court vote that now permits sports betting; albeit state by state.

The outlets for VSiN keep mushrooming. They include radio, streaming, print, a website and social media.

Musburger has been around the network game since the 1970s. When he started, he was an acquired taste, after succeeding Pat Summerall in 1975 on CBS’ NBA coverage. If you think Pat was a minimalist doing football, he was laconic doing basketball. With the sudden change from Summerall to Musburger, the NBA’s play-by-play soundtrack went from economical to effusive. Until he arrived, play-by-play announcers weren’t about much verbiage so fans didn’t take to Musburger immediately.

Neither did all announcers. In the spring of 1975 as Brent began calling the Warriors’ ride to the NBA championship, the legendary Chick Hearn was heard in a Texas elevator, telling anyone within an earshot that the NBA should find someone who knows something about the game, hardly a veiled criticism of Musburger.

But through the years, the television landscape exploded. It’s hard to keep up with all the game telecasts available. Most of the announcers today are vanilla and commoditized. Few have distinct styles or personalities. Not Brent. His lively comments are unpredictable and different. Unlike others, he isn’t programmed or scripted. No one will ever accuse Brent of being indistinguishable.

Musburger, who will be 80 next May, always retained his sharpness as he continued to do ESPN play-by-play through his 70s. A number of years ago, I asked him how he did it. “For one thing,” he said, “I’ll often use only last names.” There are not many who go this deep into their careers and keep mistakes to a minimum. Vin Scully was one, retiring at 88 and Brent is another.

I asked Musburger about his glaring and unfair absence from Hall of Fame recognitions, both the NFL’s Rozelle and Basketball’s Gowdy. He answered it carefully, “My father taught me two great lessons in life: It’s what you learn after you think that you know it all that matters – and never worry about what you can’t control.”

Ask Dick Stockton or longtime ABC and NFL executive Dennis Lewin and many others in between, they’ll tell you in measured terms that it is striking Musburger hasn’t been honored by both Halls.

At an age when most people are retired, Brent is now the voice, face and pen of VSiN. And if it isn’t enough, he began doing play-by-play for Raiders radio; his maiden NFL radio voyage.

A number of years ago when Brent wowed over the good looks of Katherine Webb on an Alabama football telecast that featured her then boyfriend and now husband quarterback A. J. McCarron, he was widely criticized by many in the media. Shortly afterward in a conversation with ESPN about how to temper the critics, he reportedly told the network, something along the lines of “You can tell the critics where they can go.”

You’ve got to love Brent Musburger. He’s his own man. When he finally hangs up the cleats, he will be sorely missed. The play-by-play airwaves will be filled with unremarkable, ordinary broadcasters presiding over soporifics.

Brent and I covered some ground you’ll enjoy!

Q & A with the legendary Brent Musburger

You’ve done just about everything imaginable in sports broadcasting and more; play-by-play at the highest level, hosting Super Bowls on CBS, serving as a trailblazing host in your years with CBS’ NFL Today and even anchoring the news for a Los Angeles affiliate. When most people move to Las Vegas at your age, they’re thinking retirement. Your unrestrained energy takes you there to work. Why VSiN?

Arlene and I were always going to retire in Las Vegas because of the proximity to Montana where I grew up and my two boys, Blake and Scott, reside. My nephew Brian moved it up a couple of years when he started VSiN. I think his one sentence offer was: “Unc, we gotta have you!” 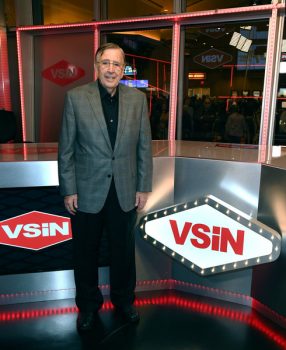 You’re one of the investors in VSiN too. What are some of the early goals?

We needed to establish credibility with our audience, which I think we’ve accomplished. Sirius/XM introduced us nationwide to 3 distinctly different audiences: 1) those who gamble regularly on sports, 2) those who gamble on big TV events such as Super Bowls and major college games, and 3) finally, there’s a huge audience of folks who never gamble but are fascinated by the movement of money and numbers.

Our goal continues to be to provide credible information to each of these groups.

On which medium will VSiN be most visible; TV, radio, digital, print or streaming?

Print will always be a powerful tool for delivering gambling information. For example, would you go to a racetrack without buying a program or the Form? Radio ranks next with me because of the speed of delivering information.

Give us your view of what it will be like sitting at a game in a state where gambling is now permitted. What betting dimensions do you envision beyond the traditional point spread?

I attended Vegas Golden Knight games this year and it was fascinating being in an arena with the ability to bet during the NHL games. To be perfectly honest, I did more socializing and drinking beer than I did betting on my cell phone. I’ve always said this about legalized sports betting in Europe: Some bet, most don’t. Your teams winning and losing will always be more important.

How will legalized gambling change play-by-play coverage on television?

Because we maintain the Puritan ethic about gambling, suits will lecture announcers about not mentioning point spreads and over/under numbers. The NFL is pushing for federal regulation, forgetting that the ship has sailed in Nevada, New Jersey, Delaware and Mississippi. And the off-shore web sites aren’t going away. As long as you pay your taxes, it’s not illegal to do business in London, Melbourne, or Panama.

What will VSiN’s coverage be like on a typical football Sunday?

VSiN delivers credible sports gambling news and analysis to the growing number of Americans who can legally bet on sports. Our experts can follow any game and regularly update point spreads, money lines and totals. Those 3 bets are the mainstays of in-game wagering.

You went back to play-by-play. You’ve not done much football play-by-play on radio. You called a few college championship games on radio, doing so for ESPN when Fox still had the TV rights. I don’t believe you’ve done the NFL. How difficult a transition is it for you?

They say that perhaps the NFL’s pre-season should be done away with but for me, it was invaluable. Getting up to speed on the game’s tempo for radio. I’m lucky to be joined by former All Pro offensive lineman Lincoln Kennedy, whom I covered when he played at Washington. The homework has been energizing.

It’s never easy following a popular broadcaster. Greg Papa succeeded the great Bill King. It took Greg years to develop a bond with Raiders’ fans. He did. I’m sure that you anticipated some early backlash What’s your feeling?

Bill King was a good friend of mine. He broadcast Warrior games while I was covering the NBA for CBS. I could listen all night to his stories about Al Davis and the Raiders. A true Hall of Famer.

Growing up, who were some of the broadcasters you enjoyed?

When I grew up in Montana, I frequently listened to Vin Scully broadcast Dodger games after they moved to Los Angeles. It was pure magic and I was thrilled to work with Mr. Scully when he broadcast NFL games on CBS.

Great to read the interview with my fellow Las Vegan! Mr. Halberstam, your terrific book on New York talked a lot about Marty Glickman, and I remember he talked about how, as he got older, he cut back on his verbiage. I can remember Bob Murphy sometimes being more staccato as time went on. And Vin … just rolled along. Brent also worked with Vin on CBS Radio for the baseball All-Star Game. I’ve read that when CBS got baseball and Brent was to broadcast it, he told CBS that if they could get Vin, he would waive his rights… Read more »