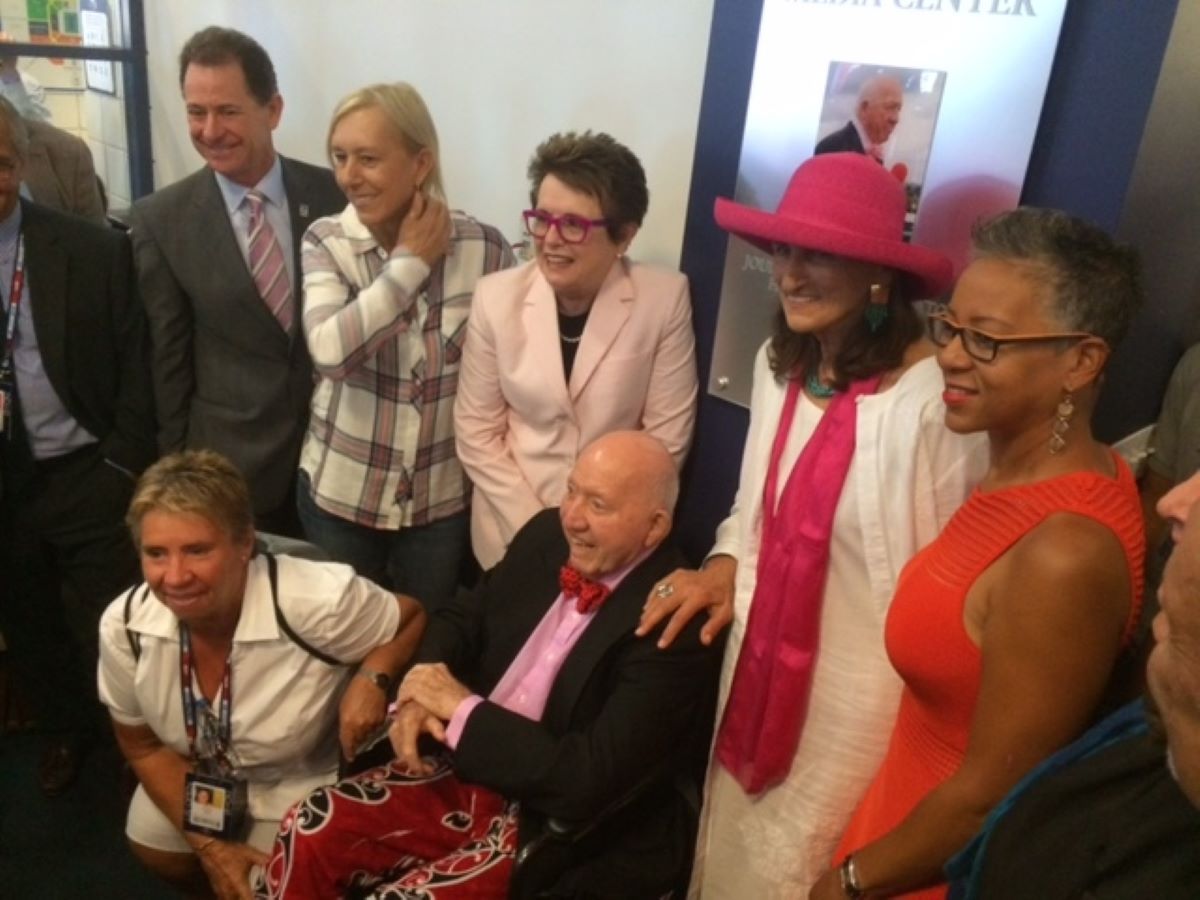 Colorful, creative and charismatic, Bud Collins was one of the most important media figures the sport of tennis ever had. A renowned author, historian, journalist/columnist, teacher and longtime TV commentator for NBC and other networks, Collins was inducted into the International Tennis Hall of Fame in Newport, RI in 1994. He even coached tennis at Brandeis University and one of his players was future political/social activist Abbie Hoffman. 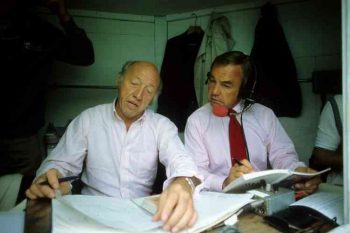 Childhood Heroes: “The college athletes in the town I grew up in – George Morris and Tommy Phillips. I lived on the campus of Baldwin-Wallace in Berea, Ohio.”

Early Tennis Memory: “1942. I remember being at the dirt courts in town, sitting there and listening to the U.S. Championships from Forest Hills, New York. We all listened to it. He had a very soft voice because he was right on the court. Different from today.”

Pre-work Feeling/Mindset: “I usually feel prepared. Sometimes not prepared. Sometimes it’s my fault, sometimes it’s not my fault. Sometimes I go to cover a match at the last minute on players I don’t know much about. An unprepared moment was about twenty-five years ago in Mahwah, New Jersey. They were sending up players to be interviewed on TV during the match. They sent up Jill Hetherington. The producer said it was Anne White and I knew it wasn’t Anne White. So I started asking her questions and after three questions, she turned to me and said, ‘You don’t know who I am.’ On the air!”

Greatest Sports Moment: “Won U.S. indoor mixed doubles with Janet Hopps. She was one of the best in the world. I was just another guy. She carried me. It was wonderful (in Boston in 1961).”

Most Painful Moment: “Losing stories on the computers. Happens quite often. As recently as the last U.S. Open. It’s happened a lot of times. Very painful moments.”

Favorite Books: “Henderson The Rain King, Tender Is The Night.”

Biggest Sports Thrill: “Muhammad Ali’s win over George Foreman. I covered it. It was the whole atmosphere in Zaire, Africa. I knew Ali. I was rooting for him.”

Little Known Fact: “I won the Northeast Ohio third grade spelling bee. The Cleveland Press ran it. The prize was a trip to Niagara Falls with my mother (Josephine).”

Most Treasured Possession: “My salad bowl. A big, wooden bowl. Belonged to an Afghan tribesman. Might be 500 years old. I bought it from a friend of a friend. I use it to serve salads.”

People Qualities Most Admired: “People who have risen from difficulties. I admire people I see who go on to do things after overcoming a handicap, depression. They’ve got real guts, grit. They’re going to make something of their lives. Lots of people fit that category, thank goodness.”

Why Do You Love Tennis: “As a kid, I loved hearing the balls hit the racquet. The tennis courts by my home – that would be my wake-up call. And then, finally, I got to play. It was just a nice feeling to be out there running, to be hitting the ball. To be getting better. And being able to play almost anywhere I went.”

Quote:   “I’ve been fortunate in being whisked across the globe for decades by this game, and I’ll be sharing some of the fascinating experiences and destinations. Meanwhile, keep on hacking. While your own game may not take you to Wimbledon, it’s more important than Nadal or Federer’s because it keeps you moving (in whatever manner) and, for a valuable while, rescues you from the cares of the day.”

Career Accomplishments: Elected to International Tennis Hall of Fame in 1994; Worked as a TV tennis commentator for CBS, NBC, PBS, ESPN and The Tennis Channel; Won The Red Smith Award in 1999 from Associated Press Sports Editors; Former journalist and columnist for The Boston Globe and Boston Herald; Tennis coach at Brandeis University from 1959-1963; Author of “Education Of A Tennis Player (with Rod Laver)”, “Evonne On The Move (with Goolagong)”, “My Life With The Pros (Memoir)”; Produced three tennis encyclopedias; Finalist at Roland Garros senior doubles with Jack Crawford in 1975.

Great piece. A writer first, and when he broadcast, he made it fun, because he had fun.