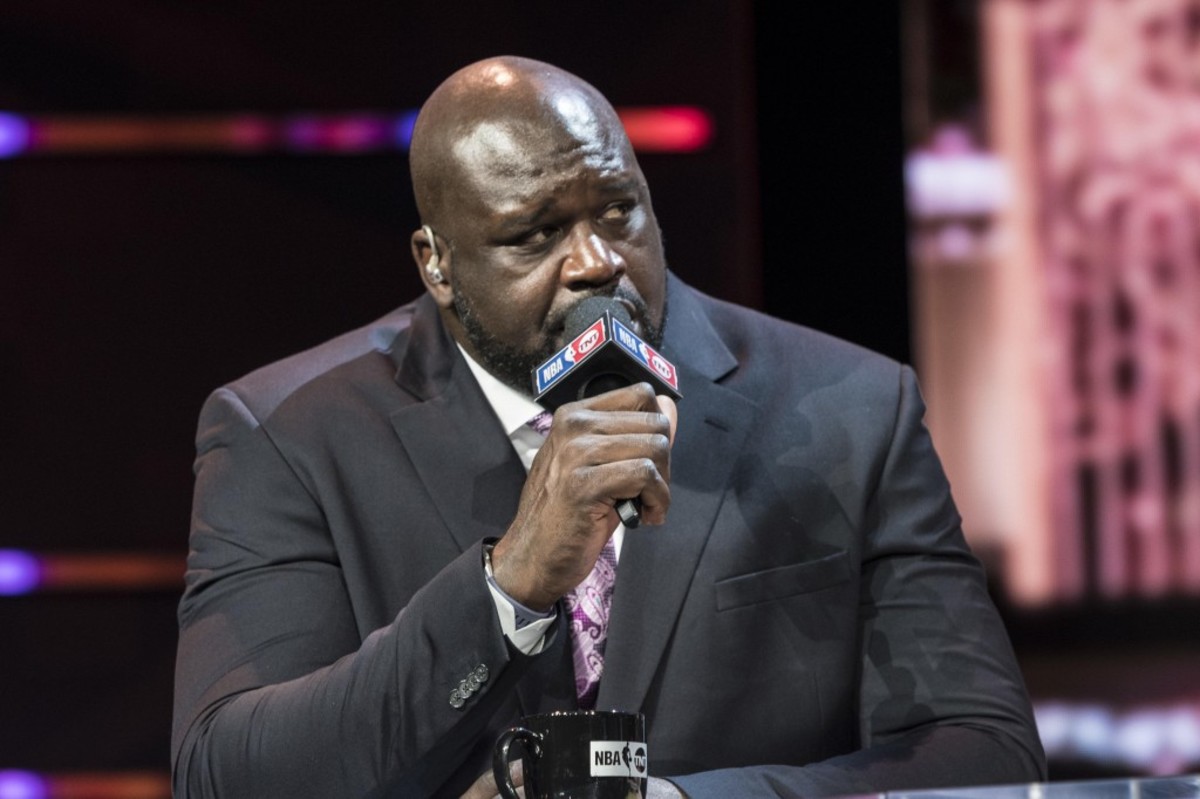 Cancel culture today might be described as a form of ostracism, where a person is summarily thrust out of a social or professional circle for expressing views perceived as antithetical to the group’s ideas and ideals.

Play-by-players have already exploded to a point where as a whole their voices are indistinguishable. Now there’s another concern. Fearful of using a risky comment or a debated phrase, announcers share little more than the game’s bare bones. Rather than risking their careers by a slip of the tongue, stories, humor and anecdotal comments are kept to a minimum. Broadcasters have to think twice now before chuckling. Who knows how laughter will be perceived? Invisible mics and hidden cameras have ripped away the liberty of announcers, pulling freedom right off their lips.

Early on, social media was used for illumination, a platform to point out right from wrong, freedom of speech from censorship and differentiating a vocal sword from a shield. You might say that early on, social media broadened tolerance. It served  as both a window and a mirror.

President Gerald Ford said it’s one thing to disagree and another to be disagreeable. In time, social media blew up. Sharp criticism by some and attacks by others. Has social media turned into a vocal platform fof civil war? The berating messages that fill tweets and the bloody ink that goes viral continue to drag people and their independent opinions views through the gutter.

To what extent does social media violate our politically given gift of verbal freedom?

When social media launched online, there were uplifting benefits. But a cultural phenomenon turned poisonous. Opinions turned angry and stances turned extreme and ugly. Now, anyone with a social media presence is at risk of being canceled. Sports reporters and broadcasters have been and  still are being called out for controversial statements and inappropriate comments. Tagged by social media, partakers are easily blackballed, seemingly forever, be it for an offhanded homophobic word or an unintended casual remark.

Before the recent social media craze, which mushroomed in the early 2000s, radio, television, and newspapers were society’s central sources of information. For that matter, this is the 100th anniversary of radio. In 1921, folks in Los Angeles could for the first time instantly listen to a broadcaster in New York. Chicagoans could hear a World Series game played in Detroit. The country was abuzz over the technological advancement of communication and the frontier was promising. On radio and later television, jokes, ethnic or otherwise, reached the ethers with quips of all sorts. Comics and comedians went about their business and audiences just chuckled. Edgy lines were part of the routine.

Newspapers and radio were seeded by political opinion-makers. The New York Daily News was a conservative newspaper serving immigrants not yet comfortable with the English language. WEVD Radio in New York was named for leading socialist Eugene Victor Dibbs who spent his life campaigning for labor and socialism. The station itself leaned liberal until it was sold to ESPN. It didn’t matter if it was in Yiddish or the Queen’s English.

Radio helped open the a door to battle for fairness, justice, equality and fact-checking. Today there’s CNN to the left and FOX to the right. But back when radio and newspapers were the only sources of information there wasn’t the extreme divide that there is today. Now we have 21st-century media, picking at each other 24/7.

Cosell later said in a radio broadcast that he often used the term “little monkey” when referencing his grandchildren and that he meant no harm by it. One reporter for the Washington Post commented on Cosell’s remark saying, “still, I am convinced, based on his longstanding record, that he meant no racial offense. The least [he] can do now is admit [he] goofed and say [he’s] sorry.”

Today, Howard’s comments would result in a death sentence, whether or not malice was the intention.  Referencing a Black man as a monkey is viewed as terribly insensitive and racist.

Hate to say this but today, the public loves the downfall of a popular or polarizing figure. Cosell would have qualified as an easy target, Yet there were  ameliorating circumstances. Cosell was one of the very few in the media who backed Muhammad Ali, a Black boxing champion who dodged the draft during the Vietnam War. Others, Red Smith and Arthur Daley of the New York Times and the powerful Dick Young of the Daily News denigrated him and harshly so.

Jimmy (the Greek) Snyder, CBS Sports commentator, analyst, and oddsmaker, was fired by the network in 1988 after a controversial television interview in which he said many Blacks were superior athletes because of breeding from the time of slavery. He added that the only area in sports left for whites was coaching.

Marv Albert had an affair with a woman in 1997 who accused him of sexual assault. Because he had no record of wrongdoing, had a spotless record on-air and was beloved, Albert bounced back a year or so after his suspension. He retired at age 80 last summer. He’ll be sorely missed

In 1992, NBC’s Mike Tirico, working then at ESPN, was suspended for three months after numerous incidents involving sexual harassment. He’s had an excellence career since. But the Cosell, Tirico, Albert and Jimmy the Greek incidents occurred before the eruption of Twitter and Facebook.

Thom Brennaman uttered an anti-gay slur in 2020 during a commercial break when he had no knowledge that he was being recorded. No excuses. He paid for it and is still paying a stiff price. Should his career be declared unofficially dead? Brennaman said he was just “shooting the bull with his colleagues.” It’s all about perception, and homophobic slurs are viewed as an attack on the LGBTQ community. But does one denigrating word (f…g) define a human being? Does one remark justify expunging a career?

Brennaman was suspended by the Reds and by Fox Sports. What Brennaman said was insensitive, but people are human and make unintentional mistakes. Remarking on sexual orientation doesn’t mean he’s homophobic, Maybe the fairer decision was to have him sent him to sensitivity training and suspended for a fixed period. How about a year?

At ESPN last summer, Maria Taylor got into a verbal spat with Rachel Nichols who is White. Nichols was originally assigned to cover the NBA Finals but was uprooted by Taylor, who is Black. Nichols says that Taylor got the job to host the NBA Finals because ESPN was “feeling pressure” on the diversity front. Rachel was unknowingly  recorded off-camera, telling her public relations counselor that diversity wasn’t her problem and that ESPN shouldn’t have uprooted her from the NBA job which she was promised.

NBA commissioner, Adam Silver, displeased that the league’s brand was sullied by the public rift said, “That careers shouldn’t be erased by a single comment.” He added, “We should be judging people by the larger context of their body of work and who they are and what we know about them.”

Silver’s strong comments resonated with many. Careers shouldn’t end for one misguided comment. We say things that we regret, but it doesn’t define who we are because of one mistake.

That was that. The Kings issued a statement thanking him for his dedicated work. Napear, who had been a play-by-play announcer for the Kings since 1988, issued a statement as well, saying, “I want to thank the fans for their overwhelming love and support. I will always remain a part of Kings nation in my heart.”

His apology fell short. It was too late. Social media’s condemnation had already pushed Napear out of all professional circles, with no chance of returning as a play-by-play announcer at any top pro level. He was also doing a popular talk show in Sacramento and was fired from it too. Grant has now filed a lawsuit against the station.

“May I suggest a little conclave among the bosses who function sub-rosa. How about establishing a table of codes? Perhaps it will save a career or two, instead of jumping to draconian conclusions? More importantly, justice can be served somewhat fairly. Remember the words of NBA commissioner, Adam Silver. ‘Judge people on their body of work,’” Founder of Sports Broadcast Journal, David Halberstam said in an article.

So are these punishments too harsh? Were these broadcasters rightfully canceled?

I don’t think one word should reflect a person’s character. There are countless situations when sports personalities make regrettable comments before being able to defend themselves. Cancel culture has caused careers to be torn down while causing stress for families and friends. Moreover, they face scrutiny, hatred on the internet and a challenging future,

What should be addressed is how cancel culture threats are handled. Action and policing are arbitrary. There is no ethical code to determine how harsh suspensions should be. Sports announcers have resigned or were fired because networks, teams or leagues feel public pressure to do so.

You don’t know where to find cancel culture. The pursuers are invisible and the PC cops hide behind their keyboards.

Isn’t this the age of reform? Back to Thom Brennaman for a moment. He has done a lot of work with the LGBTQ+ community in Cincinnati. He’s shown his sincerity and apologized profusely. Thom deserves another shot in the booth.