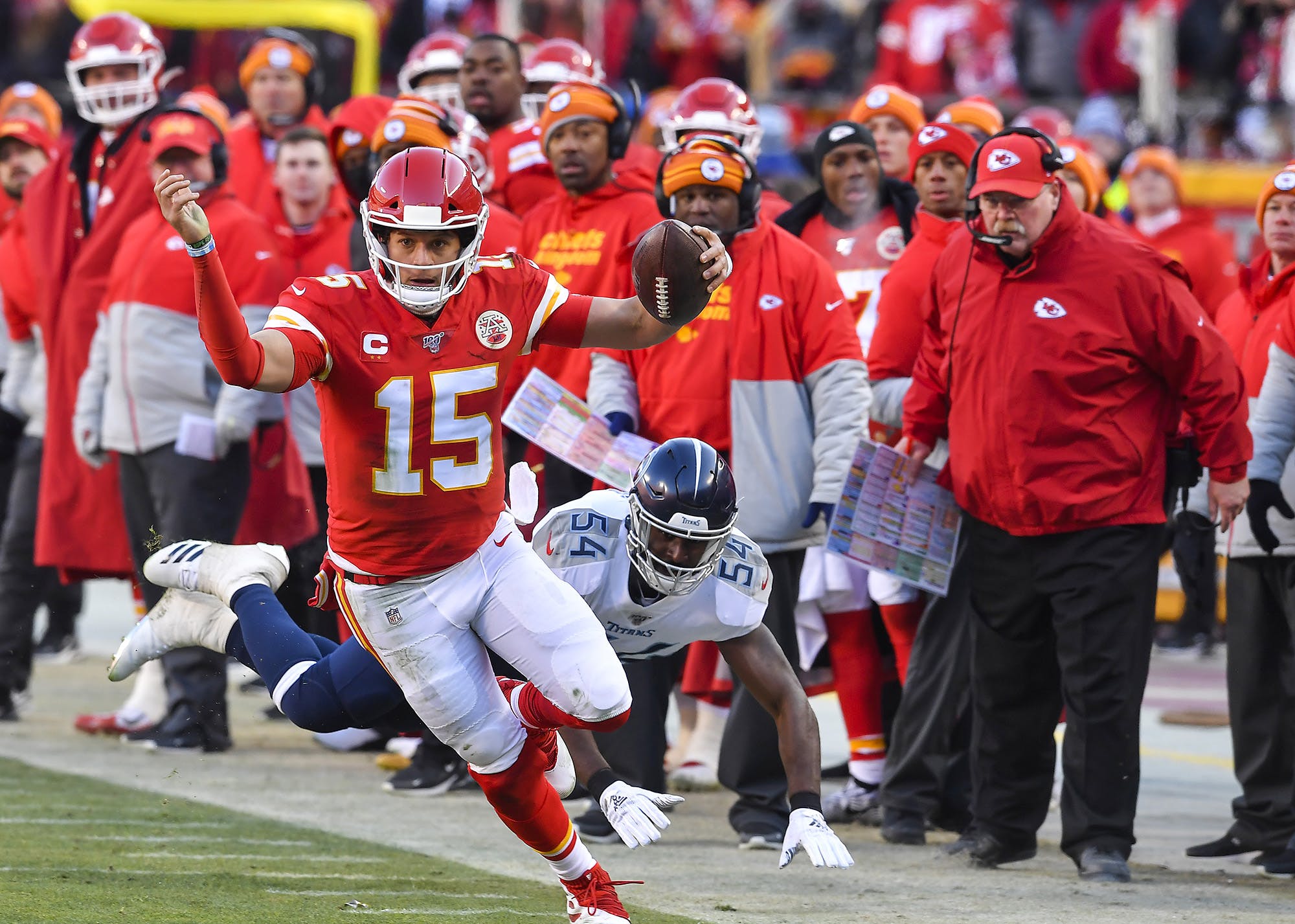 Patrick Mahomes leads the Chief to Super Bowl in Miami

Announcers get pigeonholed. Vin Scully is immediately thought of, and rightfully so of course, as a great (greatest) baseball announcer. Yet he was also terrific at football. Jim Nantz (left) is considered by most as the voice of golf. Some quickly overlook his superb work at football and basketball. No matter the sport he’s covering, Jim captures the drama as well as anyone.

He’s respectful of both the history of the sport he’s covering and past broadcast colleagues who sat in the same chair as he. He talks with great reverence of the late Jack Whitaker whom he admired. Yet Jim reminds me most of Dick Enberg. I sometimes think that Dick figuratively passed the baton to Nantz.

Jim’s got the same pleasant command as Dick had and similarly infuses the human element in each broadcast as well as any broadcaster today.

As Nantz wrapped up yesterday’s Tennessee-Kansas City broadcast, he pointed out that fifty years ago, the last time the Chiefs were in the Super Bowl, Jack Buck did the game on CBS. Although he did many on radio, it was Jack’s only one on TV. Now, a half-century later, son Joe would be doing the Super Bowl in Miami.

I asked Joe about it last night. He had great praise for Nantz and said that his mom and sister cried when they heard Nantz’ sentimental reference. Jack Buck passed in 2002.

It’s worth noting that after Jack Whitaker’s death last August, Tom Hedrick is the only broadcaster alive today who covered SBI in 1967. Tom, 85, was the Voice of the Chiefs and also did SBIV, the 1970 battle in which Hank Stram’s KC club knocked off Minnesota for the title. Hedrick did the broadcasts on CBS Radio.

Football review by Brian Seitz, Student of the Game: