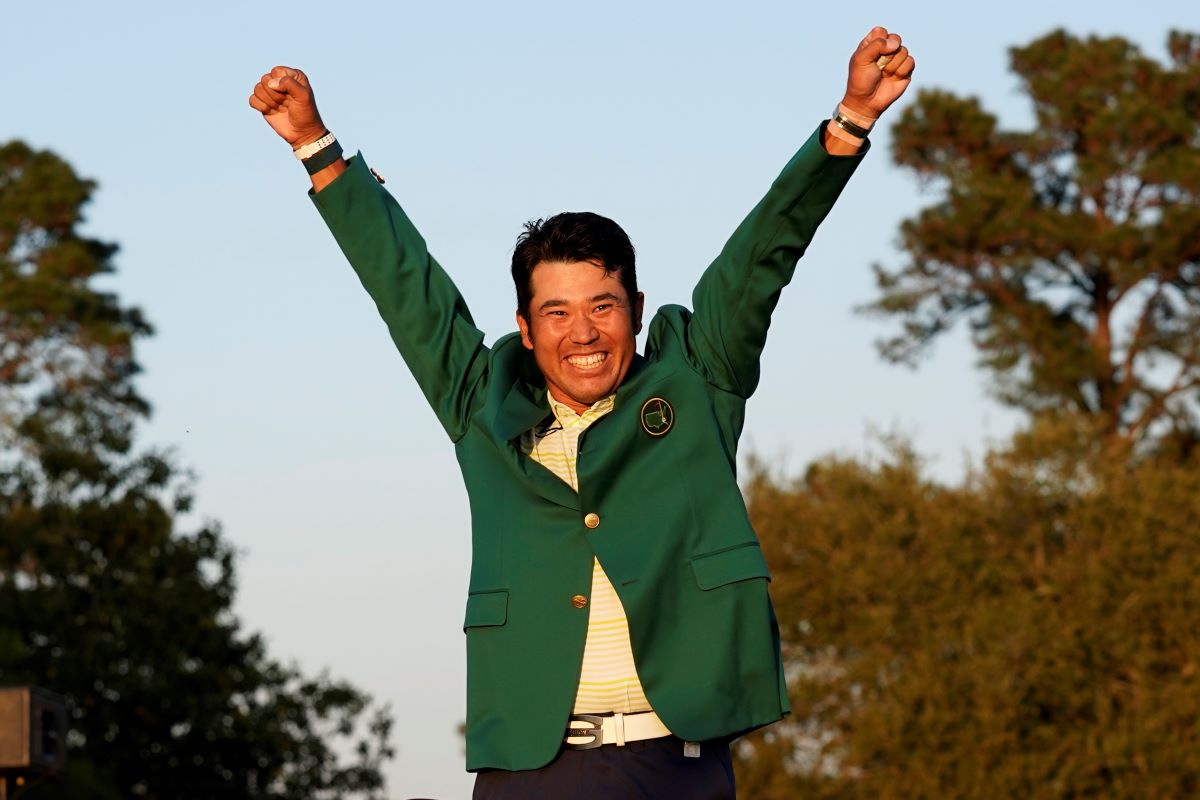 So many times on Masters Sundays, we are treated to moments that are etched in our minds forever.

Who can forget the unforgettable highs of the Golden Bear’s magical run in ’86, Tiger’s in ’97, Phil jumping as high as Phil could in’04 or Tiger’s magical chip in ’05? Equally ingrained in our minds are Sunday meltdowns. Rory in 2012 squandering a 4 shot lead on the back 9 or Jordan Spieth dumping two balls in Rae’s Creek in 2016. All highly memorable moments on a golf course that even most casual fans know intimately well.

As CBS’ broadcast turned to its last one and a half hours of coverage yesterday, there seemed to be a near certainty that the moment belonged firmly to Hideki Matsuyama and the country of Japan. Matsuyama was  the focus through much of the final round, a 29 year old of world renown, chasing his first major victory.

Matsuyama was a man playing for the honor of a golf crazed nation and was in complete control on Sunday…….or was he? Would CBS once again have the theatrics that The Masters is known for on Sundays? Or would the late Augusta afternoon give way to a very ho-hum early evening, a sense we felt from about the 2nd hole on?

A costly mistake by Matsuyama, a bogey on 15, certainly had viewers attention, particularly when contender Xander Schauffele’s birdie trimmed the lead to one. Game on, right?  Uhhhhh, no. Schauffele coughed up any chance on the very birdiable 16th by rinsing his tee ball, leading to a triple bogey. The lead was again an insurmountable three. Over the course of the next half hour, Japan finally had its first men’s major golf champion, Hideki Matsuyama. It was already Monday morning in Japan and the country was likely in an uproarious celebration.

So…. how did network coverage shape up this week?  Yes, ESPN sends Scott Van Pelt and Andy North to Augusta to anchor Thursday and Friday coverage but really this whole affair is a CBS production. It was led by new coordinating producer of golf, Sellers Shy, who took over from Emmy Award winning producer Lance Barrow. A tough act to follow!

Instead of grades, these are my observations:

Gee, Lance Barrow “retired” (Did he or was the decision made for him?) and the production … didn’t improve. Just as I saw no improvement when CBS forced out Frank Chirkinian–and no question he was forced out–to be succeeded by Barrow, who learned it all from Chirkinian.