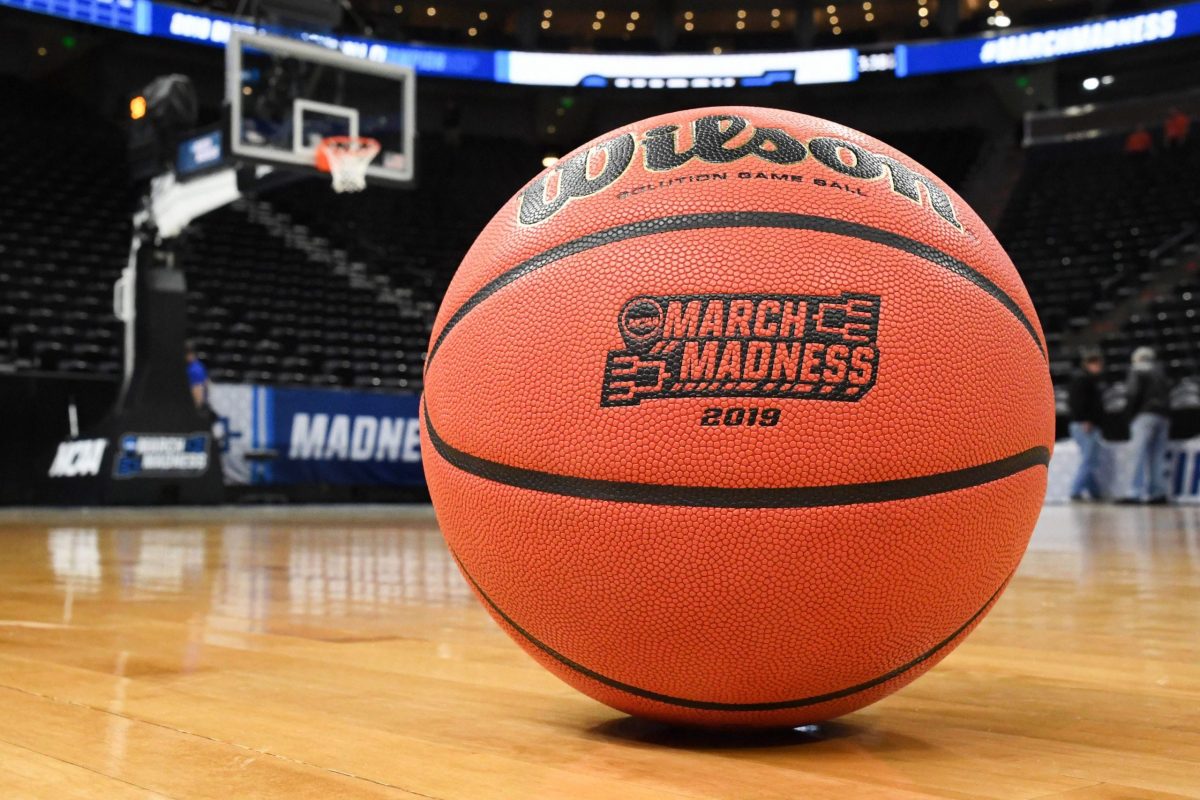 CBS/Turner released its announcer schedule for the NCAA Tournament.

Here they are with my comments:

*will work regional semis and finals too.

Ok. As expected. Nantz has great presence. This is his 30th NCAA Tournament as the lead play-by-play voice. He replaced Brent Musburger in 1991. Jim is right on top of the game and can spin yarns, even when he has to leave runway for two voices. Don’t know how much longer Raf wants to do this. He’ll be 78 next month. Hill is getting better. But if and when Bill hangs ‘em up, Hill is not ready to take his place. This is the number one crew. Nantz is on top of the list for play-by-play, Raf ditto for analyst and Hill is just there, somewhere.

This crew is second. Anderson is rumored to take Marv Albert’s gig next season, as number one on Turner’s NBA package. Note that everyone else on the play-by-play list works for CBS, other than Brian and Lisa Byington. (Yes, Uncle Sam, we live in a great country, one in which an unqualified Lisa is given an NCAA Tournament broadcast.) Jackson is the wildcard here. The man is good, doing both college and the NBA. He works for both Turner and Fox. Jimmy was on a dozen NBA rosters. While he averaged 14 ppg and averaged some 33 mpg, he played for many coaches and learned the game by osmosis. It seems he retained learning points eclectically and shares them cogently on-air. For college ball, as good as Brian is, he’s third behind Harlan on play-by-play.

I put this crew third because Spanarkel excels. I’ve been around basketball for fifty season and I still learn something every time I hear him. Eagle is solid but Harlan’s voice, diction and warmth and Anderson’s understated and breezy style are better for a nationwide telecast. Eagle’s warped humor turns me and others off at times. Ian’s fourth among the play-by-players of the four crews who work the first two weekends. Obviously, CBS doesn’t agree with me. So good for Ian, a New York announcer. There’s often a New York bias on some of these decisions.

If you put a gun to my head, I would put this crew fourth for only one reason. Bonner adds little in analysis, always has (or should I say, doesn’t add a thing). How he has this lofty gig should be investigated by the TV FBI. Last year, Bonner had some help from Reggie Miller in a three man booth. Reggie is the mystery man, MIA. Reggie and Chris Webber are both MIA, with lame excuses coming from the networks as to why.  Bonner alone is a formula for disaster. Maybe Kevin can reach into the stands and find someone who can give the analyst’s role some beef. If you ever learn anything from Bonner, let me know. It’ll be a first. Harlan on his own merit is second among play-by-players. following Nantz.

Debbie Antonelli is the best among women analysts. She’s done this for years and viewers can learn things from her, more so than they can from overrated Doris Burke. Debbie comes quietly and goes quietly. Blackburn, one of three Syracuse alumni on the roster, is workmanlike. Eagle and Catalon are the other SU boys.

Byington is tentative and her broadcasts are listless. She has no business being behind a mic for the NCAA Tournament. What were the decision-makers thinking? Goodness! On play-by-play, really! Please. The woman has no feel for the necessary rhythm required to do play-by-play. She might be a decent reporter, but on play-by-play, her monotonous call has a soporific effect on viewers and fans. Now if CBS wants a woman play-by-player, absolutely! Wonderful. But how about someone who can do it, a mainstay like Beth Mowins? She does an occasional football game for CBS? Love Smitty. Smart guy. Book smarts, game smarts and people smarts.

Catalon is an up and comer at CBS. Comfortable at hoops, excellent at football with James Lofton and confident calling golf. CBS/Turner has assembled excellent analysts, Bonner aside. Lappas is right up there.  Steve analyzes as if he were coaching both teams. Lappas coached Villanova and U Mass.

Love Dedes. He’s prepared and knowledgeable. Doesn’t shout, yet knows though when to give a play the vocal treatment. I’ve heard Haywood before. From what I remember, he wasn’t bad. we’ll see.

McCarthy is underrated. He should get more network reps on football and basketball. He’s also the TV Voice of the Phillies. I enjoy his work. Avery Johnson is working the tourney for the first time. His voice is strident. Always has been. Screaming from the sideline when he coached the Mavs and later Alabama didn’t help him.

Brad is technically as good as they come. He has a better understanding of the game than most play-by-players. Interesting that Fox will allow Lavin to move over to CBS/Turner to work the broadcasts. Lavin, who coached at the highest of levels, UCLA and St. John’s, knows the game but is emotionally divorced. He’s not critical enough either, perhaps because he wants to coach again.

CBS also broke things down for us:

This year’s Tournament will feature two studios – one in New York and one in Atlanta. Ernie Johnson will host from Turner Studios in Atlanta alongside analysts Charles Barkley, Kenny Smith and Candace Parker with Andy Katz joining studio coverage. Greg Gumbel will host studio coverage from the CBS Broadcast Center in New York and be joined by Clark Kellogg, Seth Davis and Wally Szczerbiak, with Adam Zucker providing game updates.

The tournament will tip off Thursday, March 18, with the NCAA First Four on truTV and TBS. Brian Anderson, Jim Jackson and reporter Allie LaForce will call a pair of Thursday’s games, with Brad Nessler, Steve Lavin, Avery Johnson and reporter Evan Washburn providing commentary for the additional First Four matchups.

Accompanying the live television presentation, NCAA March Madness Live will once again be the ultimate digital destination for direct access to all 67 games of the NCAA Division I Men’s Basketball Championship.

TBS will televise the NCAA Final Four National Semifinals and National Championship in 2022, with the events alternating between CBS Sports and Turner Sports each year throughout the partnership.