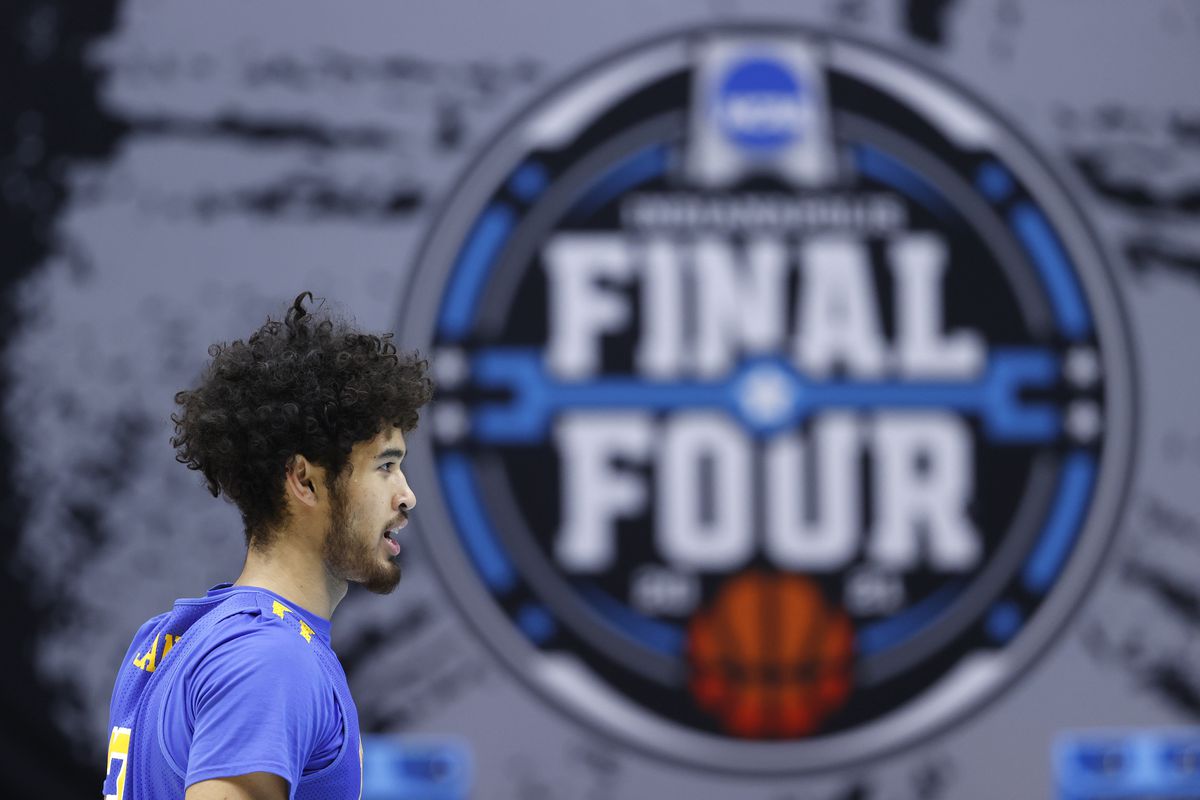 Jim Nantz, Bill Raftery and Grant Hill will call all three games. The always dependable Tracy Wolfson will report from the sidelines.

The studio line-up surprisingly does not include reporter Andy Katz who’s been on the college beat for decades. Andy worked the earlier rounds and helped make some sense of funny Charles Barkley and hyper Kenny Smith. Katz was indispensable. This decision is inexplicable. For Wolfson (l), it’s a special assignment. As a senior at Michigan, she worked the 1997 NCAA Tournament which was also in Indianapolis. Tracy served as a runner for the production team, doing the usual busy work, like driving people around town. The championship was won by Lute Olson’s Arizona Wildcats. Analyst Billy Packer predicted Arizona, prefacing his remarks with “Simon says the champion will be Arizona.” It turned into a play of words. The MVP was Arizona’s Miles Simon.

Wolfson got so caught up, getting close to the Arizona personnel that during the celebration, she ran out onto the court and joined in. Meanwhile, the producer shouted in her earpiece, “You’re a CBS employ, you can’t do that. Get out of there.” Her enthusiasm for sports hasn’t waned since. Wolfson is wonderful.

The three consecutive hours of live, on-site studio coverage from Indianapolis runs as such:

Coverage will continue with The Final Four Show (3:00-5:00 PM ET). Johnson and Greg Gumbel will host from inside the arena with analysts Barkley, Kellogg and Smith, along with Davis and Parker contributing.

Pregame coverage will include stories with behind-the-scenes content for each of the four National Semifinalist teams, pregame analysis, interviews with each of the four head coaches, an update from the game announce team of Jim Nantz, Grant Hill, Bill Raftery and Tracy Wolfson, and more.

Among the features will be scenes from each of the campuses of the Final Four schools during this unique Tournament, Hill and Duke head coach Mike Krzyzewski looking back at Duke’s 1991 National Championship in Indianapolis 30 years ago, Robert F. Kennedy’s famous speech after the assassination of Marin Luther King, Jr. on April 4, 1968 from Indianapolis, and the announcement of the 2021 HBCU All-Stars, including the Player and Coach of the Year.

Multi-platinum selling recording artist Miley Cyrus will perform a Tribute to Frontline Heroes during the Capital One Tournament Central show airing on CBS in between the first and second National Semifinal games with frontline heroes in attendance.

Monday’s pregame show will feature Gumbel, Barkley, Kellogg and Smith on-site from Lucas Oil Stadium. The night’s coverage will be highlighted by interviews with both head coaches ahead of the National Championship.

This will be the sixth consecutive season of the team of Nantz, Raftery and reporter Wolfson. Gene Steratore will serve as the Rules Analyst for his second Final Four.