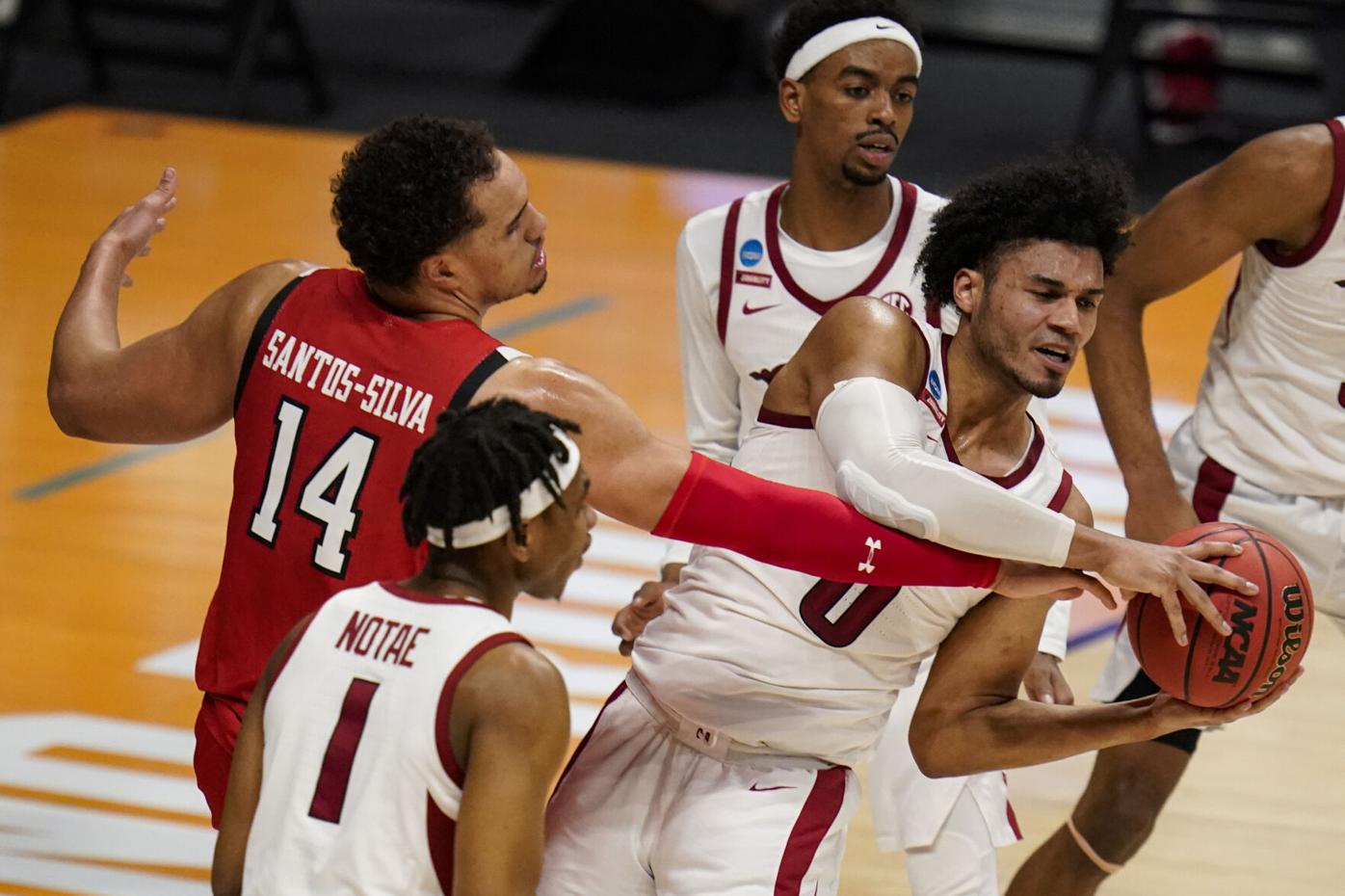 A look at two sets of announcers – breaking them down for two games this past weekend:

it’s not saying much but Dan Bonner’s best work of the night might have been before the game started when he presented the keys, likely a prepared script. Arkansas, Dan said, hopes to get the ball in transition and score quickly. The Razorbacks are best in the open court when they let their speed dominate. Texas Tech also collapses defensively so Bonner suggested that Arkansas avoid the gaggle of players in the lane and pull up for short jumpers or threes when available.

Once the game began though Bonner’s comments faded into a pattern that lacked luster. His observations were hardly enlightening, informative or of great insight. I would think that Bonner’s role as an analyst is to help viewers understand the game. Tell us why we’re seeing what we’re seeing.

As the contest progressed, he didn’t share any real chewy takes either. What should the team ahead do to extend its lead and and what should the team behind do to get back into the game. Most comments were trite, like ‘getting good shots’ on offense or ‘getting stops’ on defense. I was hoping to hear some depth on plays and team tendencies, information and explanations that would help both avid and casual fans appreciate what they’re watching.

Harlan was his typical self, “up high and down hard,” as he likes to say with a bite to his deep voice. he shared an interesting tidbit about both coaches. The used the same phrase when describing what to expect, a “rock fight.” I guess they anticipated a physical game! Rarely do you hear both coaches reference a matchup using the same unusual phrase.

At one point, Bonner said there hadn’t been many assists in the game because both teams were driving one-on-one to the basket or taking outside shots off the dribble. Harlan asked Bonner why and Dan said he expected it because of how each defense plays. That was about the extent of their dialogue. There wasn’t much chemistry between the two. I didn’t get the feeling that they clicked well. Bonner gives stats more than other color commentators, generally the job of the play-by-play announcer.

Harlan interacts more freely and quite well with his usual NBA partner, Reggie Miller. Kevin was solid but the duo’s grade was dragged down by Bonner’s lack of beef. They get a B combined.

The two high powered defenses were matched up and Haywood excelled. He let fans know early that they won’t see a high scoring game and he was absolutely right. Houston came into the game with the second-best defense in the nation, giving up an average of 57 points per game. Haywood knew it would be difficult for the Scarlet Knights to find open shots, so he thought it would be best for them to force turnovers, get into transition, set solid screens at the top of the key and execute inbound plays.

Haywood emphasized how players love playing for Houston’s head coach, Kelvin Sampson. The ex-Indiana mentor gives his players freedom to improvise. He won’t box his players into a system. All Sampson asks is that his guys play hard on the defensive end. You do that and Sampson will be okay with a player taking a couple of bad shots a game.

With about three minutes left in the game, the Knights were leading by only five. They decided to slow the game down by waiting until the shot clock was inside single digits to initiate their offense. Haywood was critical of it. He said the lead is way to tenuous for Rutgers to get out of its normal offense and play clock management.

Brendan pointed out how Rutgers is at its best off the pick-n-roll early in the shot clock to set up good looks. He added that Houston’s defense is too good for Rutgers to play outside its comfort zone. He was right. Rutgers scored only two points in the final four minutes and none in the last two. Haywood blamed the slow down offense for Rutgers’ loss.

Dedes was superb calling the game. He made sure fans knew at the start how Houston’s DeJon Jarraeu was listed as questionable with a hip pointer, but would play. After almost every play, Jarraeu grabbed his painful hip and even came out a couple times because of it.

Spero shared a nice anecdote of how guard Ron Harper Jr. showed up at Rutgers weighing 145 pounds. Now a junior, Harper weighs 100 pounds heavier than his freshman year, “He spent a lot of time in the weight room.”

Trained at Fordham, Dedes is excellent. He knows how to use his voice, has good rhythm, knows when to push his analyst and when to give a big play the right treatment.

Dedes and Haywood get an A.