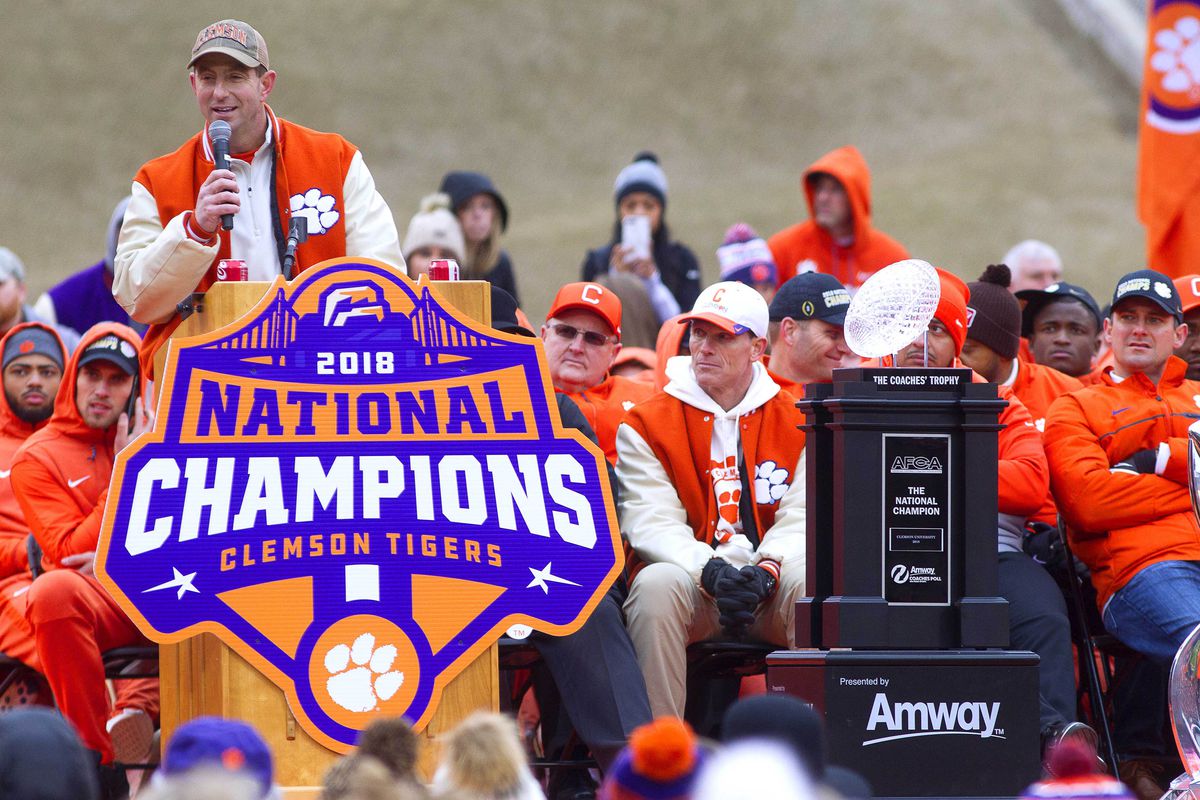 With two exciting games in the books, the 2019 college football season begins in earnest this weekend with a full slate of games.

What will be the biggest areas of improvement for Trevor Lawrence in Year 2 at #Clemson? @ClemsonFB HC Dabo Swinney broke it all down with @RoyPhillpott & @RoddyJones20 on #ACCRadio! #AllIn pic.twitter.com/l2gO2OjKfv

Oregon’s Mario Cristobal talked about the importance of finishing plays, then focusing on the next play, as it relates to tempo:

🔈 @oregonfootball is known for their high speed offense.

But @coach_cristobal thinks there is something even more important than tempo. pic.twitter.com/O4S6alRqke

Texas’ Tom Herman emphasized his team’s week-to-week approach with a big Week 2 matchup against LSU looming after the Longhorns opener versus Louisiana Tech:

🔊@TexasFootball plays one of the biggest games of the season Week 2 against @LSUfootball.

Head Coach, Tom Herman, hasn't allowed his team to look that far into the future. He explained to @arisports & @archerqb16. #HookEm 🤘 pic.twitter.com/8rRxjXr1xw

🔊From the day @brockpurdy13 walked onto campus, @ISUMattCampbell knew he was the perfect fit for @CycloneFB.

Baylor’s Matt Rhule shared his expectations for the Bears this season:

🔊In @CoachMattRhule's first season at Baylor, the team went 1-11. In Year 2, Baylor won 7 games including a Bowl Game.@arisports & @archerqb16 asked Coach what his expectations are for @BUFootball in Year 3. #SicEm pic.twitter.com/cB46SQxe5B

SiriusXM will air 75 college football games this weekend, including every team in the AP Top 25. Check out the schedule here: