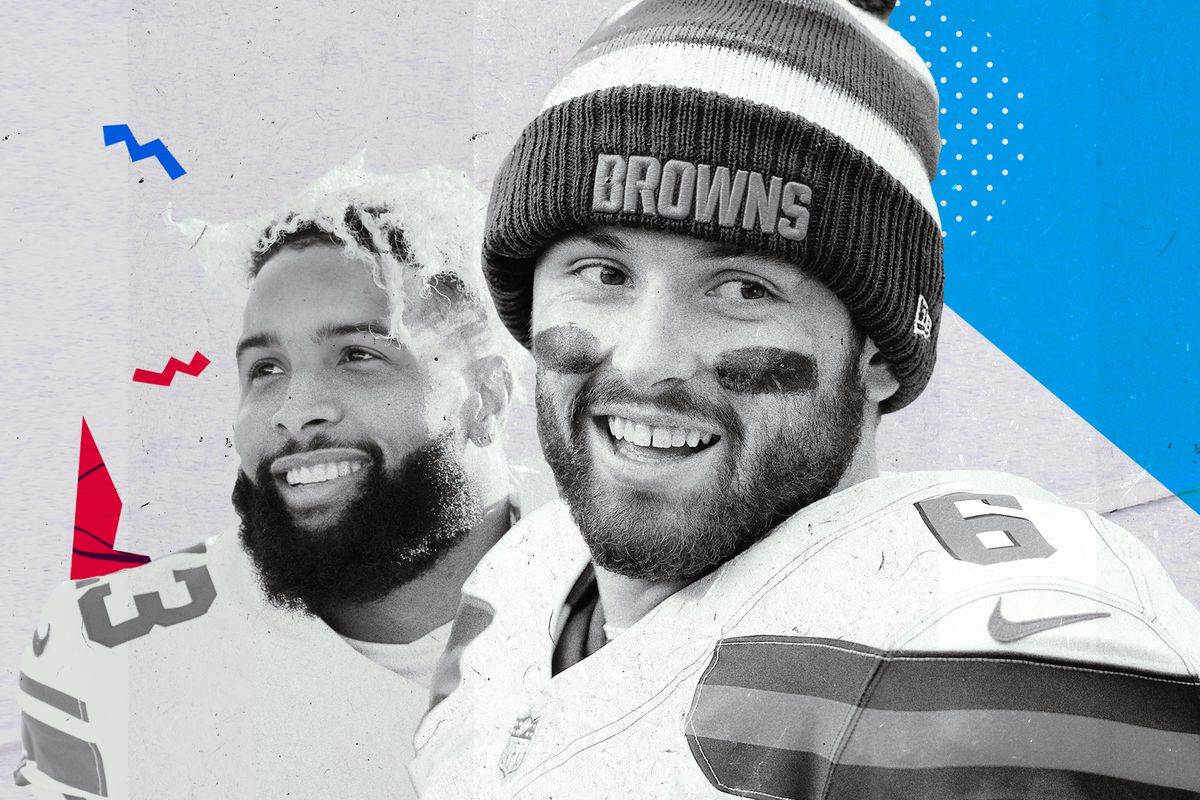 Fox Sports talkie and host Colin Cowherd was at it again. His comments through the years have drawn criticism and they did again this spring. Remember how in 2007, Cowherd suggested that Redskins’ safety Sean Taylor was to blame  for his own murder, due to a checkered past and run-ins with the law. Then later in 2015, Cowherd stereotyped the educational backgrounds of those from the Dominican Republic.

Well, the heady Cowherd was at it again in May when he criticized the recently acquired Browns’ wide receiver Odell Beckham Jr., berating his demeanor and antics. Those remarks sparked a flurry of tweets from both Beckham and his new teammate, Browns’ quarterback Baker Mayfield.

Feuds involving talkies are not uncommon. In 1994, Jim Rome got into it on the ESPN set with NFL quarterback Jim Everett, by mockingly calling him Chris Evert, the female tennis star. Everett asked Rome to stop but he didn’t. After Everett had enough, he lunged at Rome, on the set! Rome has since admitted that what he did then was wrong but his strong takes continue.

“That’s why the Colts are picking second every year in the draft, not battling for the Super Bowl like other clubs in the National Football League,” Kiper said following the Colts’ decision to pass on Dilfer twice in the top five selections of the draft.

After the picks, ESPN’s Chris Mortensen interviewed Tobin who didn’t hold back, “Mel Kiper has no more credentials to do what he’s doing than my neighbor, and my neighbor’s a postman, and he doesn’t even have season tickets to the NFL.”

Tobin’s comments drew praise from other anonymous NFL general managers who felt as though Kiper’s comments were unnecessary.

Many of the incidents that occur involve broadcasters and sports figures, but there are others that occur solely within the broadcast booth. There have been many announcing teammates who are not fond of one another but on camera at least, they seem to play nicely. A long brewing friction between Tigers’ telecasters Rod Allen and Mario Impemba turned physical last September 4th and the two came to blows. The straw that broke the camel’s back was of all things, an argument over a chair. Both lost more than a chair. They lost their jobs.

Back to Cowherd, prior to the 2018 NFL draft, he called Mayfield undraftable after a video showed the quarterback running from police during his college days at Oklahoma. Mayfield later appeared on Cowherd’s show, The Herd, and despite some tense moments during the interview, the remarks made by both parties were generally amicable. As seen in the in-person interview between Cowherd and Mayfield, the tone was cordial.

But social media is different. Yes, the power of Twitter. The formidable platform exacerbates these feuds, extending their shelf lives irascibly.Tweets are faceless and authors hide behind pens. So there’s less restraint.

The recent incident between Cowherd and Beckham escalated on Twitter when Cowherd closed his May 16th show listing Beckham’s top ten career moments. The list was derisive. Only one, Odell’s circus like catch against the Cowboys, was complimentary. The rest were made up of disparaging off the field incidents.

Afterward, Beckham hit Cowherd hard on social media, claiming that Cowherd bellowed the list on-air to selfishly boost his own ratings. To prove his point, Odell showed screenshots of earlier text messages he received from Cowherd that were praiseworthy.

Quarterback Mayfield joined the spat, calling Cowherd a clown, “just trying to get him fired up.” The day after the tweets, Cowherd portrayed himself as a victim and dedicated a segment on the show to respond to the tweets.

There’s a lot expected of the Browns this season and both Mayfield and Beckham. So going forward, it’s hard to imagine we’ve heard the end of this ongoing tiff. Nothing like a little anticipation as NFL camps open next month.

In the era of social media and the 24-hour news cycle, arguments  can easily erupt. Sports talk show hosts, locally and nationally, who preside over debate-style themed shows, rely on hot, controversial topics to attract viewers and listeners. Controversial opinions frequently go viral on social media, resulting in an increased chance that players will see upsetting content and feel compelled to respond.

Social media doesn’t have the immediate consequences of face-to-face disagreements. It’s reasonable to think that Beckham and Mayfield were advised to stop responding to Cowherd in the hope of easing tensions. But it was too late. The damage had already been done once major news outlets covered the exchange. So on it goes.

The instantaneous nature of social media allows for immediate responses, when emotions are still fresh and heated.Twitter poses many new characteristics that could transform how arguments between broadcasters and sports figures unfold.  An editor doesn’t read the tweets. Comments are visceral and often provocative. Opinions are raw. Twitter comments are shared and retweeted. They’re read exponentially.

Then other public figures chime in unflinchingly, just as Mayfield did when the Cowherd-Beckham dispute began.

So yes, the pervasive tentacle of social media empowers hosts like Cowherd and his subjects. Never a dull moment. The risk of feuds will only continue to grow.