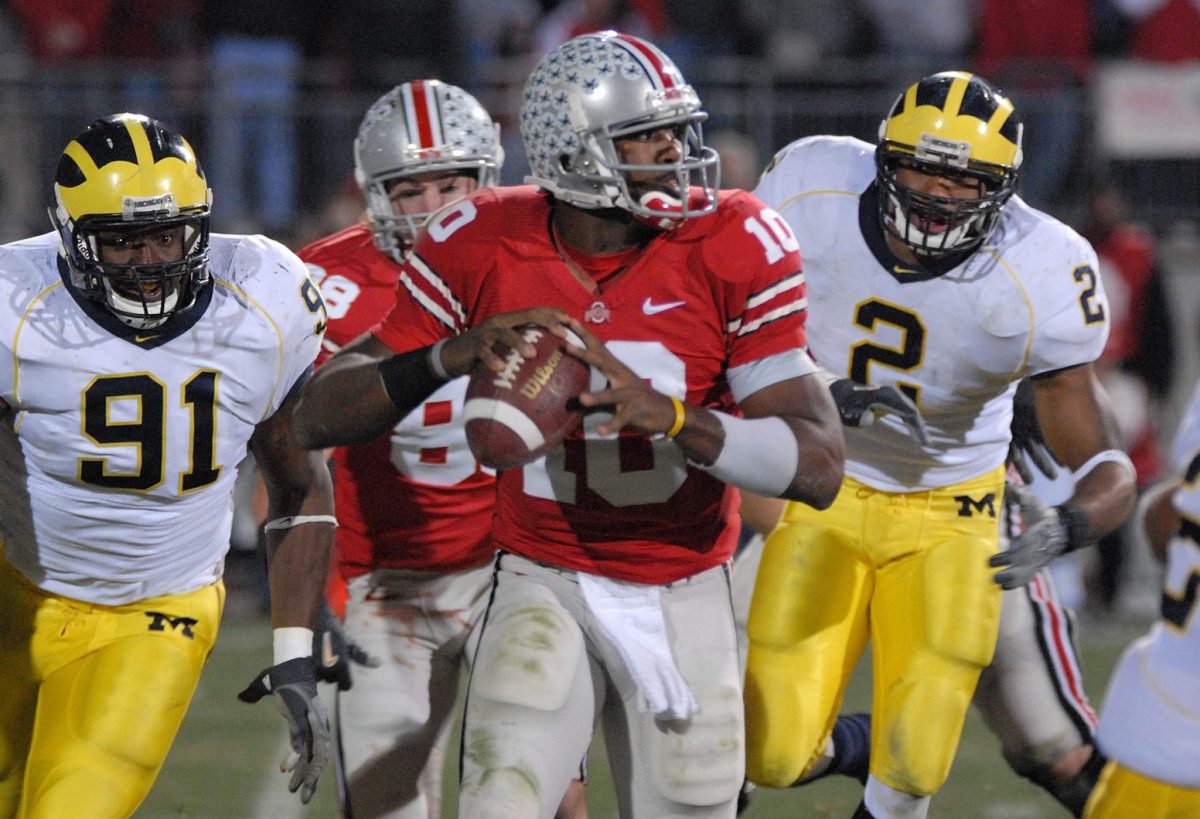 The College Football Playoff Committee is at it again. This week it moved Ohio State ahead of LSU to the No. 1 position for one simple reason only: TV ratings. It punished LSU for “only” beating Arkansas by 36.

By moving Ohio State up after its unimpressive victory over Penn State, the committee paved the way for Ohio State to play the No. 4 ranked team in the playoffs, be it Georgia or a weakened Alabama (minus its starting quarterback Tua Tagovailoa) or Utah from the weakest Power Five conference of all, the Pac-12.

The Ohio State Buckeyes are the type of national brand that would attract the highest television ratings should they reach the finals, and getting to play No. 4, whoever that might be, certainly makes the road easier. There was really no just reason for moving the Buckeyes up other than ratings, which translates into dollars.

This isn’t the first time the Committee has done this. Five years ago, TCU was 12-1 and sat at #3 going into the final week of the season. TCU won its game by a resounding score of 55-3 over Iowa State, but had to sit and watch Ohio State climb over them after crushing Wisconsin in the Big 10 playoff.

TCU suffered by being a member of the Big 12, a league that didn’t have a conference playoff. That has since been corrected. You see, defeating Oklahoma and crushing Texas weren’t enough that year for the Committee to keep TCU at #3. Instead it dropped to No. 5, while the national brand, Ohio State, took its spot.

That was 2014 and TCU’s only blemish was a 61-58 loss at Baylor, which also finished 12-1. That year Ohio State’s loss came at home, by two touchdowns in a 35-21 defeat to Virginia Tech. Sure, Ohio State got hot at the tail end of that year and might have deserved a shot, but there was only one reason to move TCU down and Ohio State in and that was ratings.

This year Ohio State doesn’t need a helping hand to get into the four-team playoff, unless it would lose to Michigan this weekend or in the Big Ten championship game to either Wisconsin or Minnesota. Should Minnesota defeat Wisconsin this weekend and then beat Ohio State for the Big Ten title, would the Committee be brave enough to put them into the playoff as the Big Ten champion over a much more recognizable brand like an Alabama? Good question. It would be fun to see it play out that way to get the answer.

New York Fans Shut Out of 49ers vs. Ravens

This Sunday the NFL is in a bind. A likely pre-Super Bowl match features the San Francisco 49ers at the surging Baltimore Ravens at 1p.m. Yet no one in the New York area (the country’s largest market) will be able to see the game because both the Jets and the Giants have games scheduled at that time. The only way for fans in the New York area to see the game is if they have the NFL’s DirecTV package. In Manhattan, fans would have to attend local bars because Direct-TV isn’t available. Manhattanites only other choice would be to purchase the Red Zone from their local cable carrier.

Fox’ nooner last week, Penn State-Ohio State,  did a 5.8 rating and 9.43 million viewers. The rating only trailed LSU-Alabama on CBS two weeks earlier (9.7, 16.64 million) as the highest rated and most-watched game of the college football season. Obviously, second best, yes. But way behind. One reason is game times. CBS ran LSU-Alabama at 3:30 when more viewers are watching television.

Still, it’s been a season of progress for Fox’ college coverage. The network  has now aired two of the top five games this season, Oklahoma-Texas is ranked fifth,  (4.5, 7.32 million).

NBC is running a game tomorrow:

Full schedule, today and tomorrow, including talent and networks: