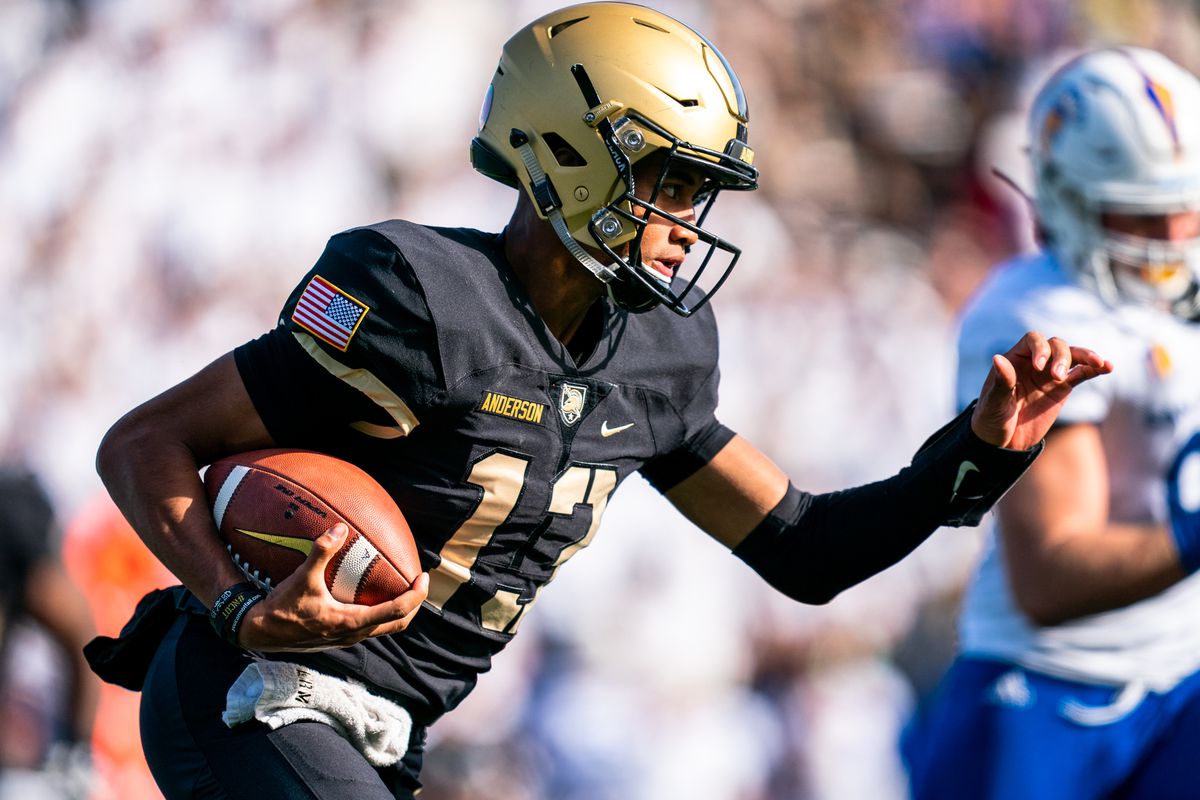 So last weekend I watched more college football. Some announcers’ names were somewhat familiar, others not. And then there were those who’ve been around. A few are prominent. A number are equally hard working and just linger along year-to-year. Thy’re sort of there. Not bad, not good, just there.

Some fans have opinions on broadcasters. Others have none. There are up to one hundred telecasts on Saturdays. So unless you’re focused specifically on individual announcers with a tight analytical lens, the twelve hours of viewing produce a long cacophonous day.

These are my thoughts on ten telecasts last weekend.

Flemming has always been good and is getting even better. Dave excels at three sports at least, baseball, basketball and football. For all I know he might call volleyball too in his local schoolyard. He’s reliable, well prepared and doesn’t miss a trick.  Boyish faced, he’s assured and in command behind the microphone. Flemming works with many analysts through the course of ESPN’s football and basketball seasons, some more assertive than others.

Some talk tons, are exuberant and cocksure. The play-by-player can let bold commentators ride or at times rein them in. There are those who spew inanities and others who dig into their technical jargon, well beyond the understanding of many in the audience. Chizik, the former Auburn coach was dull, and unassertive. It was evident that Flemming watched film, did his homework and attempted to engage his analyst.

Chiziik wasn’t effusive and at times he was hesitant. Gene sometimes spoke in a semi-whisper and monotonously so. Naturally, he knows his stuff. But when he broke down plays he often did so using coaches’ talk that only scouts and top students of the game could absorb. If analysts use football lingo, they need the visual help of a handy, dandy telestrator. At one point, Chizik counseled about ‘running away from leverage’ without the help of a telestrator. I would think that only a few got what he was saying.

I can just imagine the family dinner before the telecast. “Honey, what will our team do when the opponent runs away from leverage?” To Chizik’s credit, when he did use replay to diagram what occurred, he was good. Analysts have to be cognizant of the fact that lots of alumni, parents and family watch these games. Their knowledge is elementary at best.

Bottom line though, Chizik has to flashback to his days running team meetings by demonstrating some emotional quiver in his voice. None was palpable. And please, be mindful not to overuse coach’s lingo.

Dave referenced a graphic about the huge number of students attending the downtown campus of Orlando’s University of Central Florida. The number that flashed on the screen was in the 66,000 range. And I’m thinking, why doesn’t the athletic department have more student support? Well, what Dave failed to mention is that at Central only some 17% live on campus. Otherwise it’s a commuter school. Tulsa, he said, has the smallest student population in the American Athletic Conference. It showed. Its stadium was three-quarters empty for the UCF game.

In command and poised, Gaudin captions pictures adeptly and warmly. He’s come a long way since starting on network radio at high decibel levels. Brandon is getting his TV reps and has earned his periodic NFL assignments at Fox. Good for him. Nice to see a career grow. Gaudin tried to engage former NFL linebacker Laurinaiti but James was hardly a fountain of information, explanation or instruction. And James was afforded a close game to analyze but dissected little. He is articulate but didn’t deliver the goods when the game was on the line. When a play-by-player has a commentator next to him who sounds unstimulated, it’s challenging.

Steve comes across as fun-loving, a guy who develops comfortable relationships with whomever he works, in the studio and at the ballpark, whether it’s Brian Griese or Barry Melrose. Brian is smart, picks his spots, gives viewers a pretty good feel for patterns, ebbs and flows. The ex QB has a good overview of the college ranking system too. In other words, he’s completely engaged. Levy can make the big call dramatically when merited. It always sounds like he’s smiling. People want to feel positive. Steve is truly masterful in the studio or at play-by-play. At 54, Steve has many good years ahead of him.

There’s a role for someone like Mark Neely who’s bounced around. He does a workmanlike job. Ramsey is a former UCLA quarterback. They were both prepared. But they were at a terrible disadvantage, given no ambient crowd noise in a lifeless stadium. Even hollering Gus Johnson would have been challenged to preside animatedly over this soporific.

Ramsey was more style than substance. He threw in arcane descriptions, aimed for the perspicacious. Other observations were often shallow. Ramsey has a gift of gab. He can talk without saying much, triggering thoughts of former TV basketball’s Larry Conley who would move nimbly from one broadcast to the next, working four games a week. That’s fine but he never said anything insightful. Finally, the powers that be blew the whistle on Conley and he was deservedly retired. Ramsey would gush “A great open field tackle!” On an interception, “There’s no better way to do it. The defender runs down field, turns his head and becomes the receiver.” Poetic. But what occurred and what facilitated the interception? All I can say is we live in a great country. Everyone can make a living.

Rich won’t overwhelm you but he’s relaxed and accurate. He’s easy, breezy and he’s progressively getting comfortable doing football. Cognizant that it was Veterans Day weekend, he listed a few of those in the service who perished. When he got to Pat Tillman, he paused and added dramatically, “He would have been 43!” I’m sure it wasn’t in the script but the pause and adding the age, said so much. It tells you how long it’s been since Tillman’s death and how young he would still be.

Years of baseball help make Waltz an easy listen. He was dropped by the Marlins several years ago and hasn’t found another baseball gig yet. Not many of those coveted jobs open regularly. The football game was an absolute blowout. At one point, UC was up 41-0. Waltz shared anecdotes, football trends and conjecture. He must have anticipated a rout. Waltz is good at engaging his partner. He asked partner Murray about playing in the XFL (Tampa Bay Vipers) which he will do when the league launches. At one point, Murray started throwing around arcane terms. Waltz stopped and asked Aaron to break them down into the elementary. Rich had the backs of the hoi polloi. Nice. After Murray answered him, Rich said jokingly, “The Football Glossary of Aaron Murray is coming to a bookstore near you.”

Rich has grown on me through the years.

Cory has a sharp voice and crisp delivery. He’s impressively schooled, fundamentally sound, calls plays seamlessly and intones well, right out of the Sean McDonough textbook of technique. Vereen has good meat and potatoes football instincts. Papadakos sounded like a bit of a quipster. Well, Petros is an LA sports talkie, co-hosting, Petros and Money on local radio. The ex-USC tailback was more dramatic and more entertaining on the telecast but offered less depth. Combined, they were a good trio. Papadakos’ comments were knee-jerk, that of an ex-player. Meanwhile, Shane played some six years in the NFL and struck me as a student of the game. It was a good broadcast.

Ryan has been around in a utility role for quite some time. Always serviceable. Another SU man. Talks a bit too fast. His voice reminds me of Kenny Albert. Dave is conversational. It worked well because Michael liked talking about individual players and had a gregarious personality. Ryan’s speech patterns can be a little flat but at least he doesn’t scream. Ryan did a nice job maintaining talking points in a one-sided game.

Holden, does football, basketball, and hockey. He’s not blessed with the greatest set of pipes. Yet it resonates sufficiently and he’s crisp, personable and he has a sense of humor.

Ross explains matters clearly and is instructional. He made a good point and demonstrated it on a telestrator; how option plays are all about defense. He’s a natural student of football and his passion manifests itself in his presentation. He also did a nice job consistently using the telestrator to diagram plays.  Holden wove in nice human-interest stories, including one on Sandon McCoy, an Army running back who’s from, Kannapolis, NC. Ben pointed out that it’s the same town where Dale Earnhardt Jr. was born. I liked Holden’s irreverence. It was entertaining. Holden and Tucker sounded like they were having fun. Fun can be contagious. Ben’s done some minor league baseball.

Neither of the two has the deepest of voices but they both modulate and inflect well to match game plots and drama. Taylor economizes his language and doesn’t overtalk. In other words, he’s not intrusive. Zarzour did his homework. He is a sports talk host on ESPNU Radio. Doing a promo for Veterans Day, he offered, “Nice day to watch college football in this great country.” God bless him. Some might say, don’t go there. Ridiculous. Challenge me. This is a great country. Stinchcomb is a former NFL offensive tackle. He didn’t say much and provided little insight. I looked up what he does for a real living. Stinchcomb is in the insurance business.

Hart is seasoned, comfortable and an absolutely pro. He knows his rosters, studied the history of the rivalry, spoke with the coaches and respects programs’ heritages. He’s done radio and television play-by-play as well as studio work. I liked the way he presented the history of the Kentucky-Tennessee rivalry using graphics and invoking household names of the past, those who were associated with the two programs. He talked about Bear Bryant’s football record against Tennessee. The Bear is so identified with Alabama that there are those who might not know that he coached Kentucky beforehand. The Vols’ Phil Fulmer had a 17-0 record against Kentucky. Those were better Tennessee football days. Cole and Jordan were serviceable. The two talked about the rivalry and whether players today have a sense for the history. Tom was crisp and confident, quick and spot-on. The color commentators were essentially non-intrusive. Nothing stuck to my ribs, good or bad.

I’d like to add a word or 12 about Dave Flemming. In Las Vegas, where I live, DirecTV gives us the Giants, A’s, Angels, and Padres, but not the Dodgers. I am a great admirer of Joe Davis’s work when I hear him in LA or on the network level. I don’t get much of Flemming on Giants telecasts because he’s #3 on the play-by-play depth chart for the team; Duane Kuiper is the main NBC Sports Bay Area voice, with Jon Miller next (that’s reversed on local TV and on radio). But when I hear Flemming, my socks are… Read more »