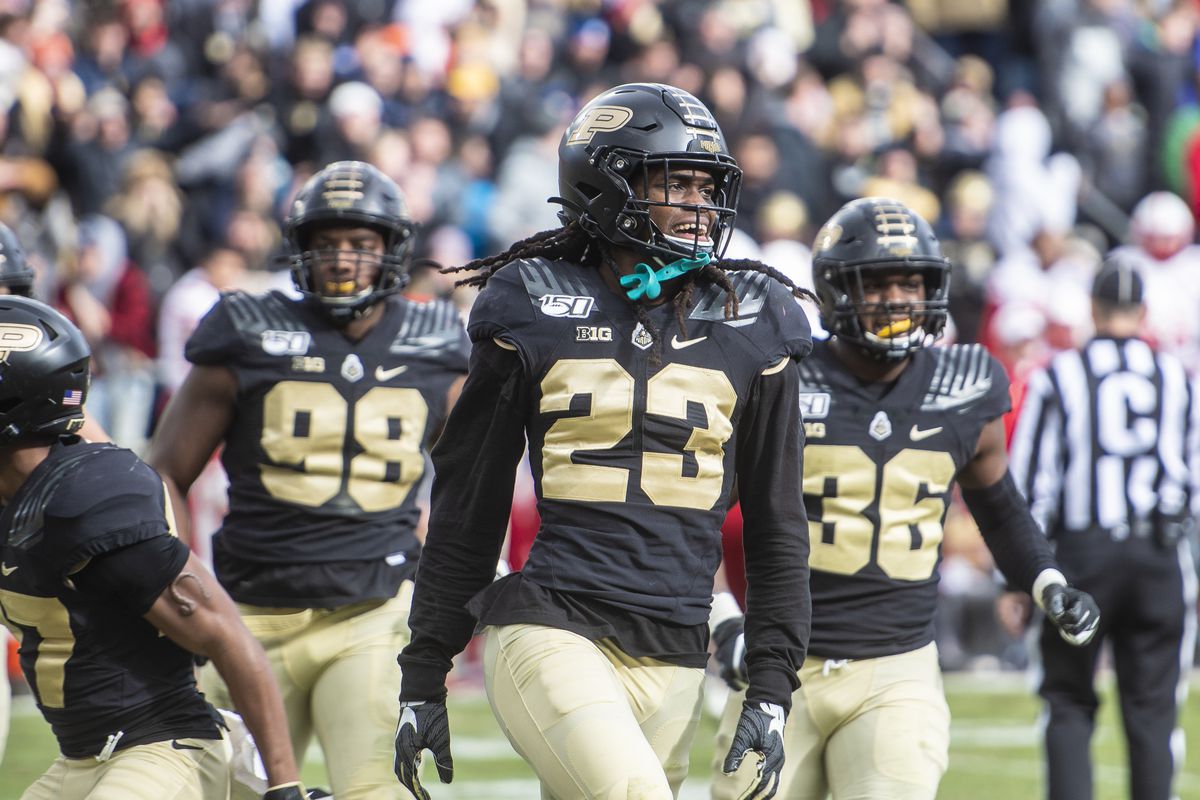 Nebraska lost again on Saturday, at Purdue. Brando and Tillman were on it.

This weekend was a good opportunity to sink my teeth into college football telecasts. Here’s Part #1. More Wednesday. With well over sixty games on some form of ESPN, Fox, CBS, ABC or NBC, many announcers remain indistinguishable. Most function in anonymity. And few, other than the top, couldn’t be picked out of a police line.

So I played broadcast scout:

Many believe that the veteran Brando is the best on the college football roster top to bottom. His voice is distinct, he doesn’t shout, he’s emotionally invested but professionally contained. Invariably, his rhythm mirrors the flow of the game. Tim is not eclectic, he’s himself. Yet he brings the best of Musburger’s edge and Gowdy’s manliness. He has his own sense of style and lingo, redolent of his Louisiana home. What I particularly like is that he takes control of the broadcast. He gives his partners their needed runway but he doesn’t give them the pulpit. (See Fowler/Herbstreit) Tim breaks play-by-play barriers by opining on developments and asking partner Tillman good questions. Spencer is knowledgeable and reliably complementary. ( I had Brando 10th all-time on the list of best ever network football broadcasters. He’s that good and has the long time in grade.)  When microphone audio communication with the refs failed on Saturday, Brando, who worked for decades before the advancement of technology, said, “We’ve been reading lips much of our career.” When reestablished, “The gremlins are off the PA.” When the sun broke through clouds: Brando: “You can see all the red in the stands (almost gleaming then).” Tillman: “They (Nebraska) travel well.”

Couzens dominated the broadcast. He had little if any crowd noise off which to play. Little ambient noise at all. This wasn’t Michigan-Ohio State. The theme of the day was gray; gray clad Eastern Michigan, gray colored grass and gray skies. Kirk didn’t say much or repeat the obvious of what we just watched. He didn’t note anything very memorable. The ex NFL linebacker, took viewers into his head when he broke down a thrown pass that resulted in a beautiful catch. He convincingly said, “The cornerback played it perfectly and will tell his coaches, ‘What more could I have possibly done?'” Couzens needs to modulate his voice an octave lower. The stadium was hardly a din so no need to shout. We all have ranges to our voices which when we break, we regret. Couzens, another Syracuse alum, 2010, has good potential but still needs to hone his skills.

Pasch is so smooth and dependable. He’s still missed at Syracuse, where he called Orange games on radio. McElroy, the ex Alabama quarterback, made a couple decent comments. For instance, when North Carolina State freshman quarterback Devin Leary threw an interception, he pointed out on replay that Devin saw the separation between receiver and corner and the corner deep. Thus, he should never have thrown the ball long. McElroy blamed the throw on inexperience. But also, too often, he spewed inanities like, “NC State’s defense is struggling, maybe now the offense can put something together.”

The folksy Durham has the presence of his late dad, legendary Woody at North Carolina. A radio man by training, he still does the Atlanta Falcons. Wes makes a nice transition to ESPN each Saturday. He pauses well, is conversational and welcoming. His Carolina twang is soothing. Woody gives his teammates, Roddy Jones and Eric Wood, the necessary runway to chime in. Eric did a nice feature about a towering crane that’s adjacent to the Carrier Dome. The crane is being used during the building’s renovation process. The student body genuflects to the crane as part of some campus ritual. The were lots of empty seats, not only in the Carrier Dome. Almost every telecast I caught produced the same recurring and unsettling theme, unused seats. It’s unlikely that you’ll see many empty seats during the basketball season at the Carrier Dome. Wes’ gentle timbre triggered thoughts of the popular handful of baseball announcers who in yesteryear brought their southern accents to New York baseball stadiums. Remember Mel Allen, Red Barber, Russ Hodges, Lindsey Nelson and  Ernie Harwell. They were all well accepted in the hustle and bustle of New York.

Beth is probably the best of the women play-by-players. She’s well trained, seasoned, knowledgeable and comes across as well prepared. It’s her voice that makes me lower the volume at times. She needs a voice coach to train her not to break the barrier of her natural voice range. Otherwise, she’s fine. Beth inflects well, doesn’t overtalk and works in her partners seamlessly. But when she gets excited she leaves her diaphragm behind.

Wischusen sees the whole field, is assertive, intense and a fun listen. He tells it like it is and his jolting and arousing voice, makes listeners’ ears perk up. Bob has a particularly imperturbable focus. By contrast, Orlovsky’s voice is thin and barely audible. I would consider Bob among the top ten or so college voices on network television today. Doesn’t yack away, and will laugh occasionally. Orlovsky spoke sparingly, particularly at the outset. After a number of stoppages, he said something for the sake of saying something. At one point, he depicted a play without the benefit of video replay, trying to explain a bubble. If anyone understood what he said, please call me. Wischusen made sure to get in a nice human interest story about Miami coach, Manny Diaz. He referenced Diaz as a “great American story.” Bob doesn’t mince words, Both teams’ kicking game is “terrible.” Another asset that Bob brings is his depth of knowledge of the rules which he referenced a couple times during the broadcast. He read the rule-book verbatim, like a Philadelphia lawyer.

Didn’t see much of this. I put it on to listen to Bobby whom I’ve never heard. He’s the son of one of the better radio football announcers of the past few decades, Bill Rosinski. And you know what, he sounds just like his dad and is very good. Has a wonderful voice, perfect flow, he’s comfortable and has a promising future. Sounds like a chip off the old block. As for Walker, he didn’t say much, at least while I watched.

Neal has been sort of stuck in this tertiary role through his career. Does a satisfactory job but lacks his dad’s warmth and certainly pop’s hearty voice. Still, not bad and not lots to criticize. Father Bob Neal was solid for Turner covering the NBA. Dave arrives in the booth with tons of notes and is obviously well prepared. But he lets the script and notes dictate the broadcast. As Jack Buck told Mike Shannon at the start of the former player’s broadcast career, the game is on the field not on a notepad. DJ Shockley, the former Georgia QB, has a very good feel for the game and keeps his comments to what he sees develop. Does a pretty good job of using replay to make instructional points. DJ does need to clip his words to let his points resonate.

Bentley is an interesting, humorous and diverse character. He’s a former linebacker who played in both the USFL and in the NFL for the Buffalo Bills, during the club’s Super Bowl years in the early 1990s. Since his playing days, Bentley has written children’s books, done sports talk in Grand Rapids, broadcast Arena Football and did play-by-play of Buffalo Bills’ pre season games on television. He sounds friendly on-air but didn’t exactly share anything instructive or stimulating. He uses the microphone as a comedian would, playing the crowd. Not too impressive. Brown’s an up and comer, smooth and spot-on. Does some baseball on radio for the Orioles. Yes, he’s another Syracuse alum. Have you ever heard the Motel 6 spot voiced by Tom Bodett? Bentley sounds just like him. “We’ll leave the lights on for you.”

Clay has a good voice and speaks in measured intervals. His sound is pleasant. Leaf, the second pick overall in the ’98 NFL draft, had drug issues and was a bust in the pros. He now travels an ambassador’s trail, preaching recovery and the importance of staying sober. I was curious to see what goods he brings to the airwaves. For one, he doesn’t say very much. I thought I would hear more from him, starting withhow former Notre Dame coach, Bob Davie, keeps his job at New Mexico. He’s 35-61 in eight years. Leaf does have good diction. He’s crisp, predicted a call reversal on one review and made a couple telling points. But to grow he’ll have to share more insight. Inane comments, repeating what the play-by-player is saying won’t cut it long term.  We’ll need more comments like this one that he shared: “It was a good throw toward the outside shoulder of the receiver.” Ryan will have to study more film, work hard and be better prepared. Go for it!

College football on TV, Part #2: The voices I heard, the real good, the good and the not too good