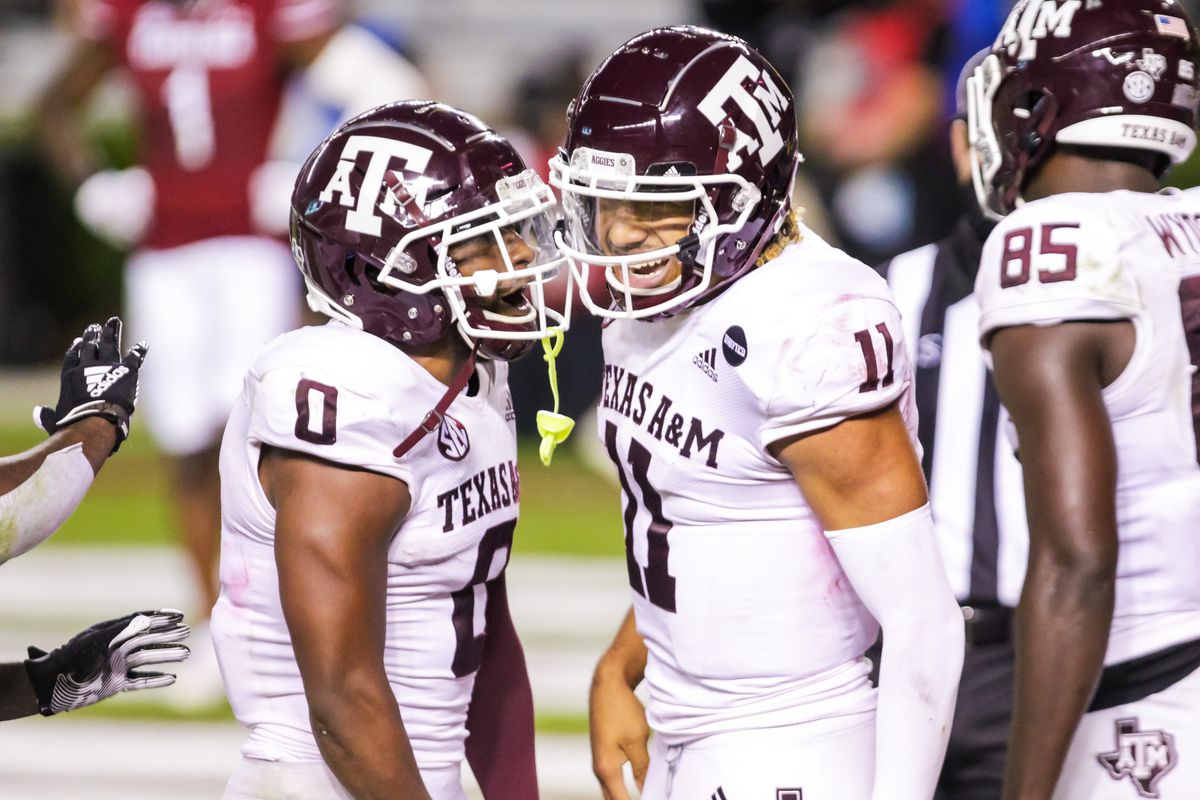 The 2020 college football regular season has ended and the CFP committee has made its picks for the New Year’s Day playoff matchups. No 1. Alabama will face No 4. Notre Dame in the Rose Bowl (played in Texas), while No. 2 Clemson meets No. 3 Ohio State in the Sugar Bowl.

These picks are unsurprising for college football fans, but those who accuse the playoff selection committee of picking favorites certainly had an argument this year, as 8-1 Texas A&M missed the playoffs after being ranked at No. 5. Some believed that Notre Dame’s 34-10 loss to Clemson last weekend would be enough for the committee to select A&M instead, which defeated Tennessee 34-13 to reach seven consecutive victories, all against SEC teams. In addition, A&M’s only loss of the season came against No. 1 Alabama, another frustrating element to its playoff snub that had many fans and sports media voices sounding off against the committee.

Golden weighed in on A&M’s arguments for securing the No. 4 playoff spot, agreeing with Aggie fans that Notre Dame’s loss should have counted against them.

“I’m not a fan of a team getting a CFP after a 34-10 loss. Alabama waxed them 52-24 in the early season but the Texas A&M Aggies have beaten all the other teams they have faced. A&M has a legit claim to the No. 4 spot. I would take the Aggies over Notre Dame. #CFP”

Burns argued that both Notre Dame and A&M should have made the cut, eliminating Ohio State on the basis that they didn’t play enough games to be truly playoff-worthy.

“My @CFBPlayoff Top 4: 1) Alabama, 2) Clemson, 3) Texas A&M, 4) Notre Dame – As I’ve said for weeks, a team that plays only 6 games should not qualify for a playoff bid. ESPECIALLY in this season of all seasons.”

Wolken was one of many columnists to argue that this year’s heated selection debate is further evidence that it’s time for the playoffs to be expanded to include eight teams. He sided with the selection committee, arguing that A&M’s biggest win against Florida simply isn’t as impressive as Notre Dame’s biggest win against Clemson earlier in the season. Wolken does argue, however, that the committee’s choice is beginning to expose its selection bias and tendency to favor more popular programs.

“But on the back end of this thing, the selection committee has cloaked one indisputable fact in all of its blather about data points, bodies of work and strength of schedule: It will never, ever, ever consider a Group of Five team for a four-team playoff. Even further, it will do whatever it can to make sure one of the sport’s little guys doesn’t take any money or prestige off the table for a power conference school, no matter how undeserving they are.”

Saho, a local sports reporter in Cincinnati, also called for an expanded playoff on behalf of the undefeated Bearcats, who would be a clear choice for a playoff spot under an expanded system.

“Cincinnati was disrespected by the College Football Playoff committee. Cincinnati should be the No. 6 team. Until the playoff is expanded to 8 teams, this proved teams like UC don’t have a real chance. #Bearcats”

Brando, now with Fox, has a forty year network broadcast career, having worked many years for CBS and before it, ESPN. He’s been railing against the playoff system for years. In an interview with John Walters in  The Athletic,  he said, “I’m no longer calling it the College Football Playoff, I’ll only refer to it as the P5 Invitational.”

Walters wrote, “Agree with him or not, Brando’s candor is rare among on-air types. This may be what happens when you’ve got three decades of experience and your network does not televise the College Football Playoff. Still, a contrarian view from a talking head is always welcome.”

The Fox 12 noon game last Saturday, Ohio State-Northwestern Big Ten Championship, averaged a 4.65 on FOX — the lowest rating and viewership for the game since 2014

Nice job, Mr. Feller! And Tim Brando nailed it. Of course, this year was harder than most, but every year there’s a fight because the college football playoff system just doesn’t work.