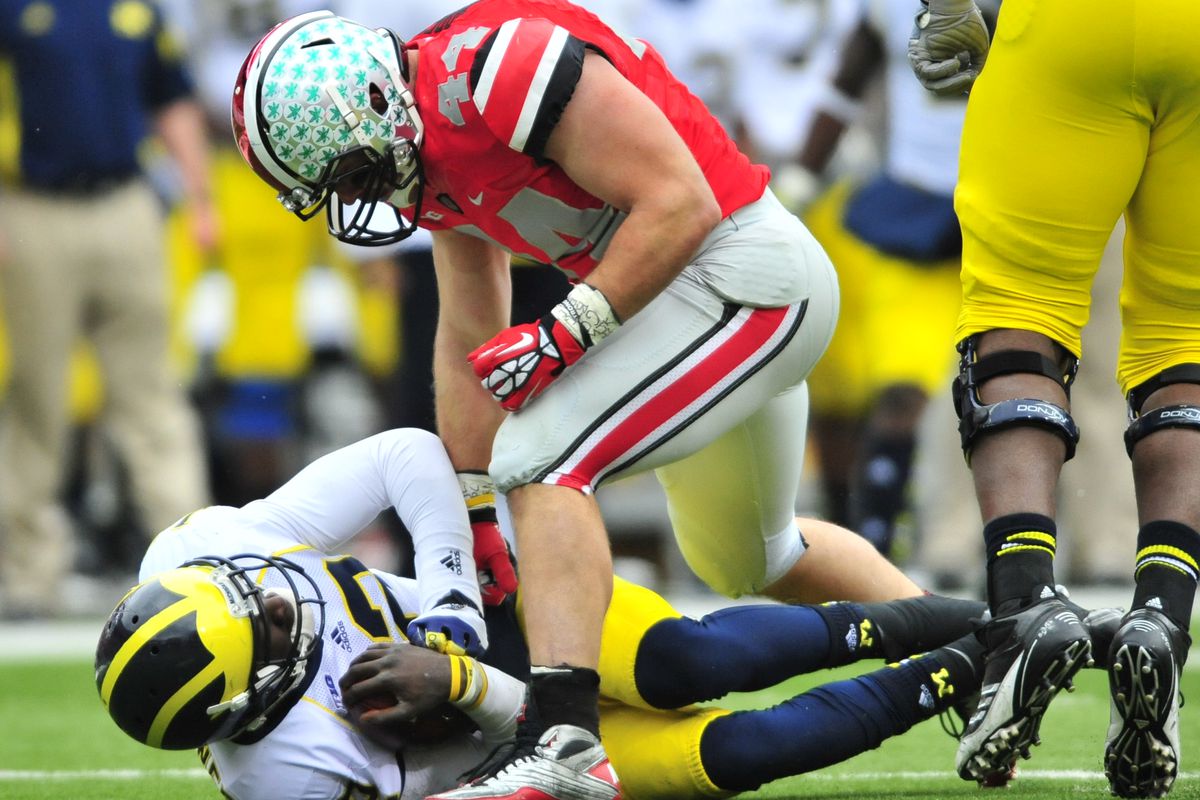 The headline game, rankings notwithstanding, is on Fox, Saturday at noon, #2 at #4 Michigan. Lots hanging on the result as it pertains to the post season. It’s also Coach Jim Harbaugh’s opportunity to finally defeat the Buckeyes. This time it’s in the Big House. Gus Johnson and Joel Klatt are on the call.

Noah Eagle, just 24, has SEC Football this weekend on CBS, Missouri-Arkansas on CBS, both teams are unranked. Don’t know of anyone who ever called a game on network TV at such a young age. Noah is good and has excellent potential.

Joe Tessitore has another intra-state rivalry, Ole Miss at Miss State on ESPN. If the Bristolites matched Tessitore and Orlovsky, the drama would flair and many mountains would be made of molehills.

Mark Jones, rather imperturbable, a Floridian by the way of Toronto, calls “The Laboring Bowl,” Florida State at Florida. I always liked Mark. His brother Paul is the radio voice of the Toronto Raptors.

Brad Nessler and Gary Danielson have the Iron Bowl, # 2 Alabama at Auburn.

Ms. Kate Scott has a radio play-by-play assignment for Learfield, Wisconsin-Minnesota. She’s in her first year as the TV voice of the Sixers. She has a tough one to follow in Philly, Marc Zumoff who retired.

Workhorse Ted Robinson has been given Arizona at Arizona State by Pac-12 Network. The peripatetic guy won’t quit. The last blow he suffered was losing the Niners’ radio job to the star-studded Greg Papa. Greg was only 22 when he was appointed the radio voice of the Indiana Pacers. He’s now 59.

Ten years ago Randy Cross was still on CBS’ NFL roster of analysts. He was finally demoted and in recent years has done college football for CBSN. He and John Sadak have UNLV at Air Force.

Rich Waltz, now an announcer for the LA Angels, has Boise State at San Diego State for CBS TV. Ted Leitner, Mr. Personality, still calls Aztecs football and basketball. For decades, he did Padres radio broadcasts until he was coaxed into retirement.